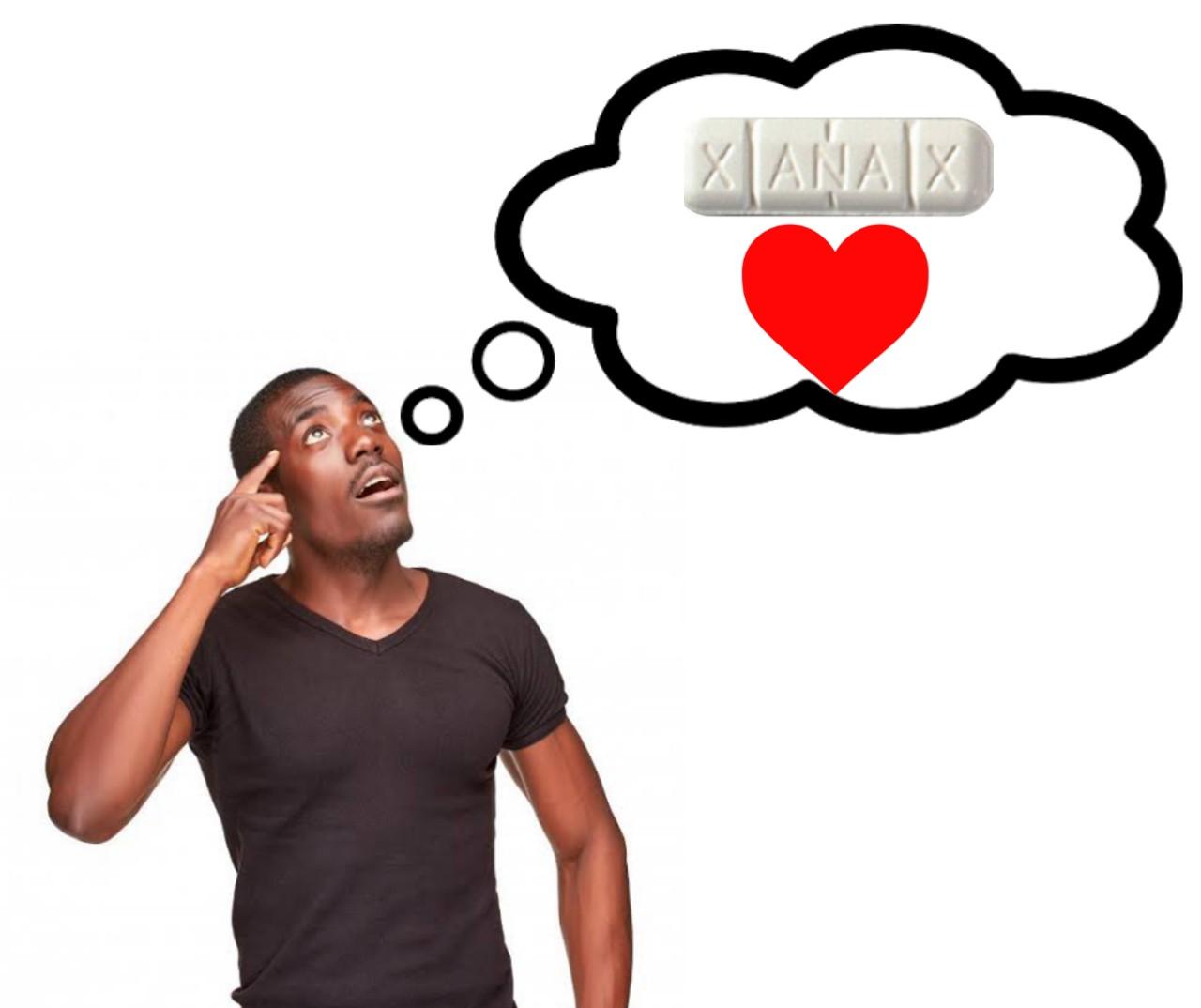 Sexual interests and turn-ons vary from person to person. What gets you going may be nothing like your best friend, or sometimes even your partner. Everyone has sexual urges  some more than others. Because libido and sexual arousal are subjective, it’s hard to know what’s considered “a lot” or “constant.”

Xanax is a prescription medicine used to treat the symptoms of anxiety, panic disorder, and anxiety associated with depression. Xanax may be used alone or with other medications. Xanax belongs to a class of drugs called Antianxiety Agents, Anxiolytics, Benzodiazepines.

Xanax, like other prescription tranquilizers, is intended to slow normal brain activity and function, which may result in slowed breathing (i.e., respiratory depression), slurred speech, dilated pupils, disorientation, fatigue and decreased coordination. In high dosages, Xanax can cause impaired memory, judgment, and coordination, irritability, paranoia, and thoughts of suicide. Some people can become agitated or aggressive.

Repeated use of Xanax can lead to dependence, which can result in withdrawal symptoms when use is reduced or stopped. Talk to a medical professional to develop a safe strategy for reducing use. Tolerance to Xanax can develop quickly, causing an individual to consume higher dosages to achieve the same result, increasing the risk of harming themselves. This includes the potential for overdose, particularly when taken with other depressants such as alcohol, benzodiazepines and/or opioids (i.e., fentanyl, heroin, and morphine).

Hormones have a massive impact on your libido. An increase of the hormone testosterone specifically ups your arousal, and getting in the mood actually increases testosterone levels. This creates a never-ending circle of horniness, thus boosting your sex drive. In women, hormones relating to the menstrual cycle fluctuate over time, which often increases or decreases a person’s libido.

However, Studies have shown that even long term use of Alprazolam does not affect testosterone levels but can affect some aspects of thyroid function. When you have a thyroid disorder, you might have low testosterone. This also can lower your libido. While testosterone is often thought of as a “man’s” hormone, women actually produce it, too. It’s also responsible for varying degrees of sex drive in men and women.

According to Healthline, people who take Xanax recreationally, or without a prescription, describe the feeling as sedating or calming. Unlike some drugs, such as cocaine, that produce a “high” or euphoric feeling, Xanax users describe feeling more relaxed, quiet, and tired. These feelings may lead to falling asleep or passing out for a few hours.

Anxiety can make it difficult to initiate and enjoy sex. As we know, the common symptoms of anxiety, like panic, fear, restlessness, shortness of breath, tense muscles, increased heart rate, and sweating, among others, make it hard to stay calm during a regular moment, let alone when we are baring our body and soul to another human. And if we look closely, there’s some overlap between the symptoms of anxiety and what happens when you jump in bed.

“The act of intimacy raises your heart rate, induces heavier breathing, and makes you sweat,” according to The Center for Treatment of Anxiety and Mood Disorders. “These bodily reactions mimic the physical ‘fight or flight’ responses people experience during a panic attack, so much so that some individuals will go to great lengths to avoid feeling them at all.” So  when this factors are eliminated by Xanax  and replaced with a more relaxed feeling and quietness such individuals may feel the urge to return to their normal sexual activities previously truncated by anxiety but on its own Xanax does not make you Horny. In fact, Xanax can induce a depression of the nervous system, suppress nerve signals, and possibly alter hormones which can result in changes in the blood flow in the male sex organ and impact erectile function.

The use of Xanax for sex is not recommended because it does not work  and it  is one of the most highly addictive prescription drugs on the market, and they can hook a user within a matter of mere weeks. Daily use of benzodiazepines like Xanax for six weeks or more will result in dependency for four in every 10 users, the Royal College of Psychiatrists states.

According to a New York Times article, The Food and Drug Administration said that it would require a new warning label on a class of common psychiatric drugs, called benzodiazepines, to better warn the public and health professionals about the serious risks of abuse and addiction.

Dependency is more likely to occur if a person is abusing large amounts of Xanax or using it too frequently. Even prescription users who adhere to a recommended dosing schedule can end up addicted to Xanax though. Poly-drug abusers are far more likely to grow dependent since the other substances they abuse often intensify the effects of benzos like Xanax. For instance, alcohol is commonly abused alongside Xanax and can significantly increase the chance of injury or death, the National Council on Alcoholism and Drug Dependence states. Study results show a broad range, between 3 percent and 41 percent, of people who struggle with alcoholism also abuse benzodiazepines, per the American Family Physician.

Addiction is characterized by both psychological and physical dependency. To manage the effects of withdrawal on both the mind and body, it is best to taper off benzodiazepines on a schedule that permits decreasing the dosage by 25 percent for every quarter of the withdrawal period. As with all benzos, withdrawal should only be done via medical detox to ensure the safety of the patient. Read: What Does Xanax Really Do To Your Body?