Fatty liver disease is becoming increasingly common in many parts of the world, affecting about 25% of people globally. It is linked to obesity, type 2 diabetes and other disorders characterized by insulin resistance. What’s more, if fatty liver isn’t addressed, it may progress to more serious liver disease and other health problems.

Fatty liver occurs when too much fat builds up in liver cells. Although it is normal to have a tiny amount of fat in these cells, the liver is considered fatty if more than 5% of it is fat.

What are the symptoms of fatty liver disease?

People with fatty liver disease often have no symptoms until the disease progresses to cirrhosis of the liver. If you do have symptoms, they may include: 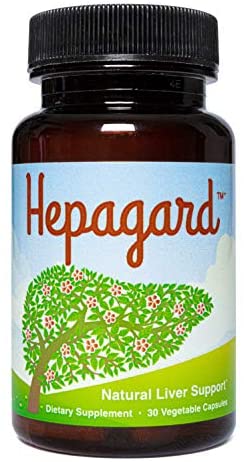 Hepagard is a dietary supplement produced by Nutreance and used in the treatment of liver disease. It protects the liver from harmful chemical substances and improves the functioning of the liver and prevents liver disease by reducing fat accumulation in the liver and detoxing the body.

Based on research, each of these ingredients stand alone can  alleviate; abdominal bloating, indigestion, and fatigue caused by a fatty liver. For example, Milk thistle extract has a high amount of silymarin (between 65–80%) that has been concentrated from the milk thistle plant. The silymarin extracted from milk thistle is known to have antioxidant, antiviral and anti-inflammatory properties. In fact, it has traditionally been used to treat liver and gallbladder disorders, promote breast milk production, prevent and treat cancer and even protect the liver from snake bites, alcohol and other environmental poisons.

It’s regularly used as a complementary therapy by people who have liver damage due to conditions like alcoholic liver disease, non-alcoholic fatty liver disease, hepatitis and even liver cancer. Studies have shown improvements in liver function in people with liver diseases who have taken a milk thistle supplement, suggesting it could help reduce liver inflammation and liver damage.

One study also found that it may slightly extend the life expectancy of people with cirrhosis of the liver due to alcoholic liver disease.

When combined with other hepatoprotective ingredients  as in Nutreance Hepagard, these natural ingredients together produce some truly groundbreaking result creating a powerful natural remedy to help reduce inflammation and detoxify the liver.

A placebo-controlled study with 50 participants monitored the safety and effectiveness of Hepagard for 30 days. Here are the statistically-significant results: