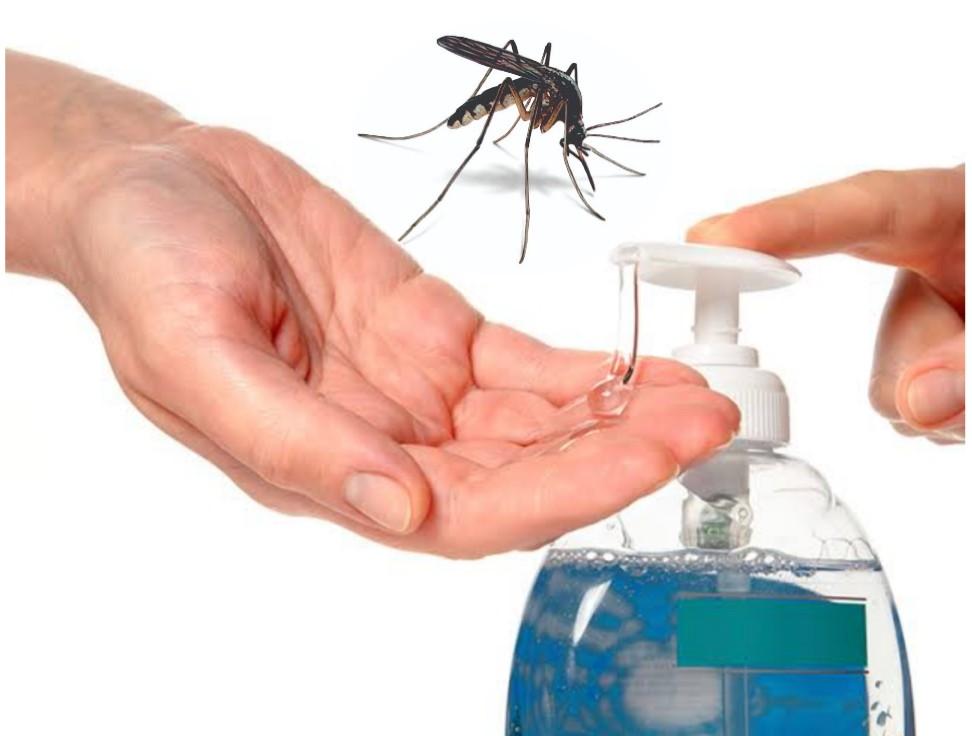 Hand sanitizer, also called hand antiseptic, handrub, or hand rub, is an agent applied to the hands for the purpose of removing common pathogens (disease-causing organisms). The Center for Disease Control recommends 70% isopropyl or higher, or 60% ethanol or higher to make an effective hand sanitizer.

This means, most alcohol in your liquor cabinet won’t work. That non-aged whiskey, that’s 80 proof, is only 40% alcohol. Vodka is also not strong enough at only 35-40%. Hand sanitizers typically come in foam, gel, or liquid form. Although the effectiveness of hand sanitizer is variable, it is employed as a simple means of infection control in a wide variety of settings, from day-care centers and schools to hospitals and health care clinics and from supermarkets to cruise ships. SEE: How to Make Hand Sanitizer in Nigeria

Hand sanitizer often has a form of alcohol, such as ethyl alcohol, as an active ingredient. Other ingredients could include water, fragrance, and glycerin. Other non-alcohol based hand sanitizers contain an antibiotic compound called triclosan or triclocarban. Mosquitoes are attracted to carbon dioxide, lactic acid, perspiration, dark clothing and fragrances. To answer the question of whether hand sanitizers can repel mosquitoes we have to look at the major ingredients of most hand sanitizers and their effects on mosquitoes or insects;

70% Isopropyl Or Higher, Or 60% Ethanol: This is the major active ingredient in all alcohol based hand sanitizers. According to the University of Michigan, a 70% concentration of ethanol or isopropyl alcohol has been demonstrated to be the most effective. Water acts as a catalyst and plays a key role in denaturing the proteins of vegetative cell membranes. The water content slows evaporation, therefore increasing surface contact time and enhancing effectiveness. At concentrations higher than 80-85% the effectiveness as a disinfectant decreases. According to Mosquito review, there is no shortage of articles claiming that rubbing (isopropyl) alcohol repels mosquitoes, but there is a lack of credible evidence.  A study conducted in 2015 showed 90% isopropyl alcohol is effective in  repelling insects, but the study only tested on bed bug. Some claim that rubbing alcohol dehydrates insect’s bodies, eventually killing the mosquitoes.  Also, a claim exists saying that rubbing alcohol gives off a disgusting smell to insects.  However, there aren’t many sources to back this up. However, rubbing alcohol may be useful for easing the itch that a mosquito leaves after sucking your blood, so at least it has some use.

Glycerin: also known as glycerol, is a natural compound derived from vegetable oils or animal fats. It’s a clear, colorless, odorless and syrupy liquid with a sweet taste. Glycerin is a humectant, a type of moisturizing agent that pulls water into the outer layer of your skin from deeper levels of your skin and the air. In skin care products, glycerin is commonly used with occlusives, another type of moisturizing agent, to trap the moisture that it draws into the skin. According to a 2016 study, glycerin is “the most effective humectant” in comparison with numerous others. Glycerin is used for the encapsulation process of making mosquito repellents but it is not known to have any mosquito repellant property of its own.

Fragrance: Researchers have long known that mosquitoes are attracted to the human scent of sweat, which includes the odor of lactic acid.  Fragrances, such as perfume, cologne, and scented lotions are a known attractant of mosquitoes. Floral scents are the biggest attraction for mosquitoes. It turns out those lady mosquitoes love a flowery fragrance. Therefore if your hand sanitizer contains a fragrance that mosquitoes find pleasant, instead of repelling them your hand sanitizers will attract these unwanted guests as mosquitoes can smell you from 50 meters away.

Hand sanitizer is not an effective mosquito repellant. It is best to use a mosquito repellant spray or lotion to keep these blood loving creatures away. According to a New York Times article, after testing 17 spray repellents, insect repellants with a 20 percent picaridin formula, were found to be the most effective against mosquitoes and ticks for up to 12 hours.  Here are 7 ways to prevent mosquito bites

How to Make Hand Sanitizer in Nigeria