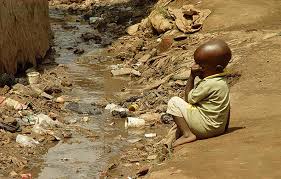 Cholera is an acute diarrhoeal disease caused by Vibrio cholerae; a gram negative rod-shaped bacterium. It is a potentially life-threatening, primarily waterborne disease. There are many serogroups of V. cholerae, but only two (O1 and O139) cause outbreaks. There have been seven pandemics of cholera worldwide, the last of which began in Indonesia in 1961, with an estimate of between 1.3 to 4.0 million cases and 21,000 to 143,000 deaths globally due to cholera every year. The World Health Organization has estimated that officially reported cases represent only 5-10% of actual cases. This “tip `of the iceberg reporting” is likely due to poor surveillance systems and inadequate disease notification systems in low and middle-income countries which are disproportionately affected by the disease.

Cholera can be both endemic and epidemic. A cholera-endemic area is an area where confirmed cholera cases were detected during 3 out of the last 5 years with evidence of local transmission. A cholera outbreak/epidemic can occur in both endemic countries and in countries where cholera does not regularly occur. A cholera hotspot is a geographically limited area where environmental, cultural and/or socioeconomic conditions facilitate the transmission of the disease and where cholera persists or re-appears regularly. Hotspots play a central role in the spread of the disease to other regions or areas.

In Nigeria, cholera is an endemic and seasonal disease, occurring annually mostly during the rainy season and more often in areas with poor sanitation, with the first series of cholera outbreaks reported between 1970 and 1990. Major epidemics also occurred in 1992, 1995-1996, and 1997. The Federal Ministry of Health reported 37,289 cases and 1,434 deaths between January and October 2010, while a total of 22,797 cases of cholera with 728 deaths and case-fatality rate of 3.2% were recorded in 2011. Outbreaks were also recorded in 2018 with the Nigeria Centre for Disease Control (NCDC) reporting 42,466 suspected cases including 830 deaths with a case fatality rate of 1.95% from 20 out of 36 States from the beginning of 2018 to October 2018. Cholera is an epidemic prone disease for immediate notification on the Integrated Disease Surveillance and Response (IDSR) platform in Nigeria.

Humans are the main reservoir of Vibrio cholerae but water, mollusc, fish and aquatic plants are potential reservoirs. The bacteria are transmitted mainly through the faeco-oral route via ingestion of contaminated food or water. Cholera transmission is closely linked to inadequate access to clean water and sanitation facilities. Typical at-risk areas include peri-urban slums, where basic infrastructure is not available, as well as camps for internally displaced persons or refugees. Humanitarian crises and the attendant displacement of populations to inadequate and overcrowded camps can increase the risk of cholera transmission.

Cholera has an incubation period of between two hours and five days, and is asymptomatic or mild in 80% of cases, with only about one in 10 infected people developing the typical signs and symptoms of cholera disease, usually within a few days of infection. Cholera is characterised by rapid onset of profuse watery diarrhoea (rice water stools), with or without vomiting. It is usually not associated with fever and is highly contagious. Severe cases can lead to death within hours due to dehydration. Case fatality ratios can be up to 50% especially in people without access to treatment but this drops to 1% with adequate treatment. People with low immunity – such as malnourished children or people living with HIV – are at a greater risk of death if infected.

The Technical Guidelines for IDSR in Nigeria gives the following standard case definitions:

In a patient aged 5 years or more, severe dehydration or death from acute watery diarrhea.

If there is a cholera epidemic, a suspected case is any person age 5 years or more

with acute watery diarrhoea, with or without vomiting.

Confirmed case: A suspected case in which Vibrio cholerae O1 or O139 has been isolated in the stool.

NCDC also developed additional case definitions in September 2017 for the community as well as for health workers as follows:

Community case definition: Any person 2years and above with lots of watery diarrhea

In areas where a cholera outbreak is declared, any person presenting with or dying from acute watery diarrhea with or without vomiting.

Stool samples should be collected once the patient presents and before antibiotics have been administered. The gold standard is culture of V. cholerae, for example on selective media such as thiosulfate citrate bile sucrose (TCBS) agar, with serogrouping and serotyping by antibody agglutination to confirm an outbreak strain. This also allows for antimicrobial susceptibility testing and advice on appropriate antibiotic administration. Stool samples can be enriched in alkaline peptone water to help with recovery, and field samples can be sent in Cary-Blair transport media.

Rapid diagnostic tests (RDT) can be used for screening before confirmation in the laboratory, and there any several lateral flow devices available, however their low specificity (and sometimes low sensitivity) can limit their utility. Darkfield microscopy of fresh rice-water stools can also be used to identify the motile V. cholerae bacteria.

The majority of affected people can be treated successfully through prompt administration of oral rehydration solution (ORS). Severely dehydrated patients are at risk of shock and require the rapid administration of intravenous fluids. Such patients should also be given appropriate antibiotics to diminish the duration of diarrhoea, reduce the volume of rehydration fluids needed, and shorten the amount and duration of V. cholerae excretion in their stool. Rapid access to treatment is essential during a cholera outbreak. Antibiotics may also shorten the duration and severity of symptoms and are a useful adjunctive therapy, the choice includes macrolides, fluoroquinolones, and tetracyclines depending on resistance profile.

Good personal hygiene should be emphasized, as well as proper disposal of sewage and refuse, good hand washing practices and consumption of safe water and food. Enhanced epidemiological and laboratory surveillance to identify endemic areas and detect, confirm, and quickly respond to outbreaks help in control of infection. Community engagement for behavioral changes and improved hygiene practices, as well as quick access to treatment are essential. Immunisation with Oral Cholera Vaccine (OCV) can play an important role in outbreak prevention and control, and in the long-term control of cholera. The vaccines should always be used in conjunction with other cholera prevention and control strategies in areas with endemic cholera, in humanitarian crises with high risk of cholera, and during cholera outbreaks.

All You Need To Know About The Monkeypox Disease
Cholera
July 9, 2020 Family & Community HealthPublic HealthLeave a comment