Can You Smoke With Invisalign? 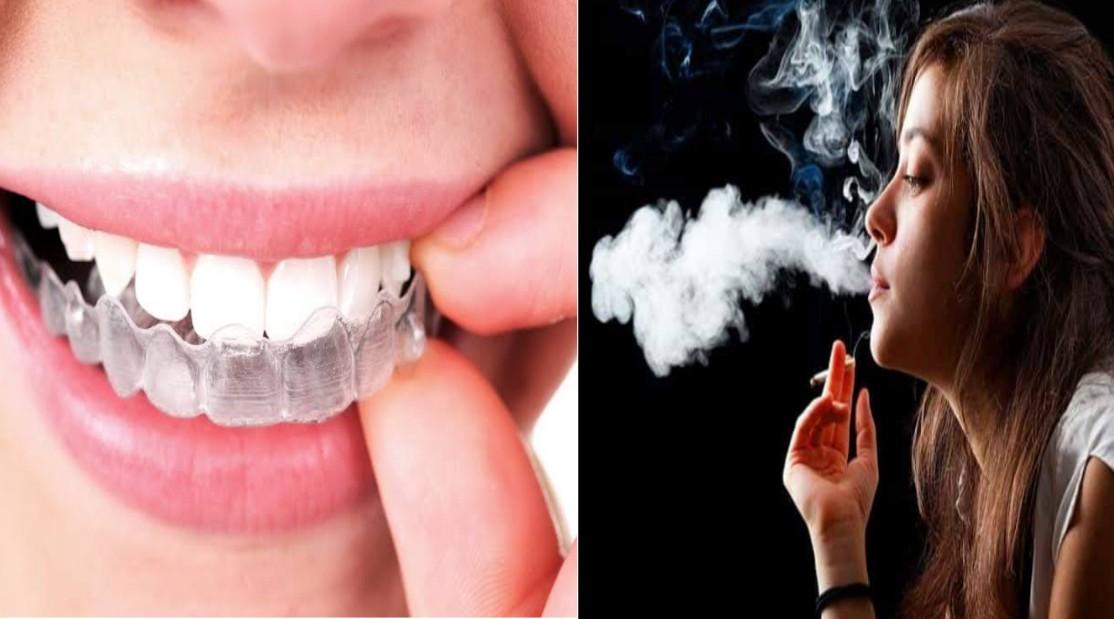 Invisalign is a type of orthodontic treatment that can be used to achieve a more beautiful smile. It can be utilized for patients who have mild to moderate misalignment and can also align the bite. Patients with overbite, crossbite, or underbite can enjoy Invisalign treatments.

The process is done using clear plastic aligner trays to gradually move the teeth into proper alignment. This is done by wearing the trays for at least 20 hours a day. The trays are easily removed, allowing patients to maintain their oral health and wellness, flossing and brushing as they normally would without having to worry about brackets and wires that can make it complicated.

How does invisalign work?

Patients often ask how the process is completed. First, patients book their consultation appointment. This visit allows for assessment of the patients’ smiles and decides if they are appropriate candidates for Invisalign treatment. If patients choose to move forward with this service to achieve the smile they desire, they then work with the dental team to complete a series of 3D digital impressions.

These impressions create images that are sent to the Invisalign laboratories. The team there will create a precision set of trays that will guide the patients through the process of enhancing their smiles. The number of trays in patients’ series will vary, depending on how severe the misalignment is. Patients return to the dental office to obtain their trays.

During this time, the dentist will walk patients through the process of enhancing their smiles. Patients start with the first tray and snap them over their natural teeth. Each tray is worn for two weeks before patients progress to the next tray. By the end of the tray series, patients will have achieved their beautiful smiles!

Can You Smoke With Invisalign?

Effects of Smoking on Invisalign

Smoking while wearing the Invisalign trays will inevitably lead to discoloration, which is not only unsightly while you’re wearing the aligners but can stain your teeth as well. Plus, if any tobacco gets into the tray, it can lead to tooth decay. In general, smoking leads to disease and disability and harms nearly every organ of the body. More than 16 million Americans are living with a disease caused by smoking.

How to Manage Invisalign Treatment While Smoking

One of the major benefits of Invisalign is that the aligner trays are removable. You should remove your trays whenever you eat or drink anything besides water. If you are a smoker, this is the best time to light up. Get your cigarette fix in during mealtimes, then brush your teeth before you put the Invisalign trays back in.

For best results with Invisalign:

If you are a heavy smoker and you don’t think you can cut down or quit, you may not be a good candidate for Invisalign. Smoking while wearing Invisalign aligner trays can lead to a host of problems with your teeth, and you don’t want to be taking your aligners off more than a few times a day for meals.

Invisalign trays need to be worn for at least 22 hours a day to be effective. You may think that taking them off and putting them back on again throughout the day isn’t a big deal, but it adds up and can interfere with the effectiveness of your treatment. SEE: Can You Have Invisalign While Pregnant

Can You Have Invisalign While Pregnant

When Can I Smoke After Tooth Extraction?

Can You Smoke RSO Oil?
smoking and invisalign
January 9, 2021 Health FeaturesPublic HealthComments Off on Can You Smoke With Invisalign?