Are There Side Effects of Not Releasing Sperm? 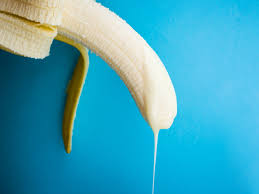 A male who has reached puberty will produce millions of sperm cells every day. Each sperm is extremely small: only 1/600 of an inch (0.05 millimeters long). Sperm develop in the testicles within a system of tiny tubes called the seminiferous tubules. At birth, these tubules contain simple round cells. During puberty, testosterone and other hormones cause these cells to transform into sperm cells. The cells divide and change until they have a head and short tail, like tadpoles. The head contains genetic material (genes). The sperm move into the epididymis, where they complete their development.

The sperm then move to the vas deferens or sperm duct. The seminal vesicles and prostate gland make a whitish fluid called seminal fluid, which mixes with sperm to form semen when a male is sexually stimulated. The number or concentration of sperm in an ejaculate sample commonly determines the sperm count. There is some evidence that lifestyle choices can affect this number.

For example, one large study found a link between smoking and a decreased sperm count. There is also evidence that dietary changes could play a role. For example, some research suggests that increased levels of vitamin D might promote sperm production.

Scientists know sperm counts have been decreasing in many Western countries. According to one study, the average sperm count between 1973 and 2011 decreased by 59.3% in North America, Europe, New Zealand, and Australia. Researchers do not yet understand what caused this drop, although it may be due to lifestyle changes.

There is also some evidence of a link between ethnicity and differences in sperm production. One study notes the following difference in the sperm counts of Latinx, white, and Chinese males:

Some people believe wearing tighter underwear can significantly lower a person’s sperm count. However, scientific evidence suggests this is an overstatement. One recent study suggests that males who wear boxers have a 17% higher sperm count than those who wear briefs. However, the study authors acknowledge that these findings may not be reliable, as their research relies on participants’ self-reporting and recall, among other factors.

Are There Side Effects of Not Releasing Sperm?

There are NO side effects of not releasing sperm, as a matter of fact, scientific evidence points to the fact that it is beneficial as abstaining from ejaculation may increase testosterone levels. Low testosterone can have a negative impact on your mood, energy levels, and sex drive. It can also lead to erection problems, loss of muscle mass, and higher body fat.

Adolescent boys with too little testosterone may not experience normal masculinization. For example, the genitals may not enlarge, facial and body hair may be scant and the voice may not deepen normally. Testosterone may also help maintain a normal mood. There may be other important functions of this hormone that have not yet been discovered.

According to Planned Parenthood, abstinence is the only 100% effective way to avoid pregnancy and STDs. There are other benefits of abstinence. People choose abstinence to:

Abstinence can be a way to avoid the risks that come with sex — like pregnancy and STDs — until you’re ready to prevent and/or handle them. Abstinence can also help you focus on other things in your life that are important to you, like friends, school, sports, activities, having fun, and planning for your future. SEE: How To Read A Sperm Analysis Report