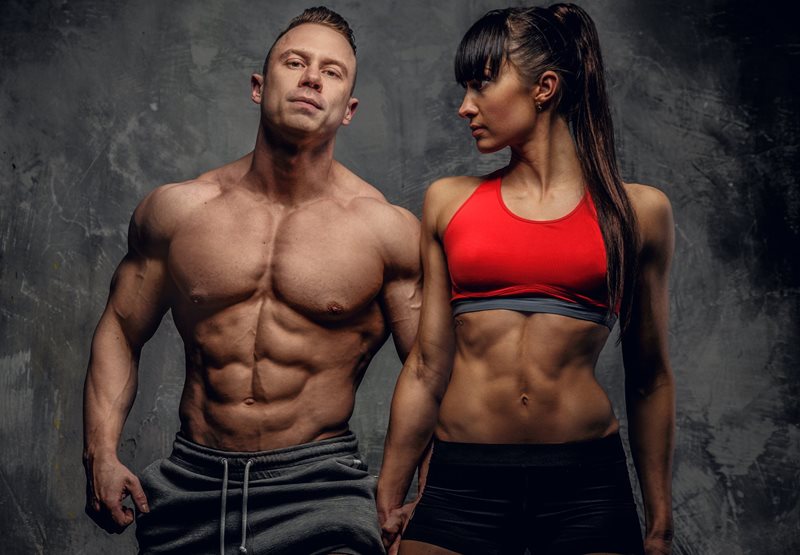 What is Anavar and what does it do?

Anavar (Oxandrolone or Oxandrin) is an anabolic androgenic steroid. It is a structurally altered DHT or dihydrotestosterone hormone primarily taken to regain weight or to facilitate weight gain in different situations. Anavar can inhibit protein catabolism that is often caused after prolonged corticosteroid therapy, which explains why it is used to assist recovery after suffering serious burns, to ease the pain in bones caused by osteoporosis and to facilitate the growth of girls having Turner syndrome. Anabolic androgenic steroids such as Anavar are also used by athletes and body builders to build up muscle mass and to increase endurance. One of the effects of anabolic steroids is their ability to grow muscle mass and to build endurance so that the muscles need less recovery time between workouts.

Oxandrolone was first made by Raphael Pappo and Christopher J. Jung while at Searle Laboratories (now part of Pfizer). The researchers first described the drug in 1962 and were immediately interested in its very weak androgenic effects relative to its anabolic effects. In 1964, Anavar was introduced as a pharmaceutical drug in the United States. However, in 1989 due to bad media coverage from its illicit use by bodybuilders, production of Anavar was discontinued by Searle Laboratories. It was taken over by Bio-Technology General Corporation, which changed its name to Savient Pharmaceuticals, which following successful clinical trials in 1995, released it under the brand name Oxandrin BTG and subsequently won approvals for orphan drug status by the Food and Drug Administration for treating alcoholic hepatitis, Turner syndrome, and HIV-induced weight loss. It is also indicated as an offset to protein catabolism caused by long-term administration of corticosteroids.

How to use Anavar Tablet

Under normal circumstances, the dosage of Anavar is based on your medical condition and response to treatment. In order to get the best out of it, this medication must be taken regularly. To help you remember, take it at the same times each day. It is important to note that, this medication is usually used for short-term treatment only.

Anavar is taken orally usually 2 to 4 times daily or as directed by your doctor. It may be taken with food or milk if stomach upset occurs. The dosage of Anavar for bodybuilders and athletes varies depending on familiarity and tolerance. Beginners should start with 15mg to 25mg per day. Intermediate dosage may be 20mg to 80mg per day. Beginners who progress to the second or third week may increase the dose up to 50mg per day. It is better not to exceed 50mg.

Generally, a women’s body does not respond to drugs the way a man’s body does. Aside from weight being a factor, a myriad of other parts of female biology can affect how a woman reacts to a particular medication including Anavar. One of such factor is extra body fat compared with men. Because women have a larger storage of fat than men, any medication that is “fat soluble” (dissolves in fat before going to the brain) will be distributed differently in a woman. This impacts several medications. According to Professor Philip Muskin, of the Columbia University Medical Center in New York City:

“Because of sex differences, women should take only half as much Ambien as men”

The recommended dose of Anavar for Women bodybuilders and athletes is around 10mg per day for beginners. The dose may be increased based on the outcome and experience of side effects or the lack of it. Women users should not go for doses anywhere close to 50mg per day. The cycle should be four weeks long at least. The maximum is six weeks.

As an anabolic steroid, misuse or abuse of Anavar can cause serious side effects which can include heart attack, stroke, mental/mood problems, abnormal drug-seeking behavior, liver disease and improper bone growth in adolescents. Do not increase your dose or use this drug for longer than prescribed by your doctor. When you abuse, or use an anabolic steroid in a manner outside its prescribed use, you may experience withdrawal symptoms which can include depression, irritability and tiredness when you suddenly stop using the steroid. These symptoms may last from weeks to months.

Effects and Results of Anavar

An Anavar only cycle might produce a gain of 4-8 lbs. of muscle, 80% of which can be retained  post cycle. Results from Anavar use can include:

Dryness: When you workout, you develop muscles and your veins get pumped up, they get visible under your skin. The less the fat you have in your body, the more the veins are visible because your skin becomes thin. Similarly, Anavar dry out your muscles which allow the veins to pop out. This is one of the first effects most people using Anavar notice.

Muscle mass: “Gaining quality weight—in other words, mostly lean muscle mass and relatively little fat—is harder than it gets credit for,” explains registered dietician Doug Kalman, Ph.D. If you eat in a surplus and lift well, you can gain up to 8 lbs. of lean muscle in a 12-week Anavar cycle. It’s important to gain weight in a healthy way. This is sometimes known as a “clean bulk.” Doing a clean bulk means combining strength training and eating nutrient and calorie-dense foods to gain as much “quality” weight, or lean muscle mass, as possible. The gains are usually devoid of water weight and pretty dry. This translates into very little loss of muscle post cycle. If you continue to eat and lift well with a PCT protocol, you should be able to retain most of the muscle you gain.

Strength: Anavar has about 322 to 633% of the anabolic potency and 24% of the androgenic potency of methyltestosterone. Similarly, it has as much as 6 times the anabolic potency of testosterone this explains why it boosts your strength and agility. Your ability to work faster and lift better during the Anavar cycle is tied to this feature. The drug is also considered to be great for connective tissue and joints.

Apart from common side effects such as headache, vomiting, changes in skin color, and acne, oral administration of Anavar can produce the following side effects:

Clitoromegaly: is an abnormal enlargement of the clitoris that can be induced by Anavar in women due to the hormonal changes taking place in their body.

Hirsutism: another side effect of Anavar is hirutism a condition of unwanted hair growth on body areas where hair typically does not grows.

Menstruation abnormalities: Hormonal imbalance created by Anavar can cause menstrual abnormalities leading to a lack of flow, heavier menstrual flow, a period that lasts longer than seven days and some women may  experience abnormal pain before or  during menstruation.

Priapism & infertility: Priapism is an abnormal, persistent or prolonged erection of the penis. It is usually painful and it is unrelated to sexual stimulation and unrelieved. This is usually caused by the disruption of the hormonal equilibrium by Anavar, Oxandrolone can also reduce males’ fertility, another side effect common among androgens.