What Is Ambulatory Surgery?

Ambulatory surgery refers to any operative procedure not requiring an overnight stay in the hospital; it must be carefully planned to ensure that all necessary diagnostic tests are completed prior to admission. Discharge instructions must place a high priority on patient safety. The specific type and range of surgery performed by a particular facility varies. Some of the most common procedures are cataracts, colonoscopies, and arthroscopic surgery.

Most ambulatory surgeries are performed on healthy and clinically stable persons in a facility that may be either free-standing or a suite inside the hospital. As of 2008, there were more than 5,300 ambulatory surgical centers in the United States, up from about 3,700 in 2003. In 1980, only 275 such centers existed. This rapid increase reflects a general trend toward surgeries performed on an outpatient basis. According to American Medical News, 70% of all surgical procedures performed in the United States in 2000 were done in outpatient facilities, compared to 15% in 1980. As of 2003, over seven million surgeries are performed annually in American ASCs. Between 1990 and 2000, the number of operations performed annually in these centers rose 191%, from 2.3 million procedures in 1990 to 6.7 million in 2000.

The types of surgical procedures performed in ASCs have also undergone significant changes in recent years. Many of the early ASCs were outpatient centers for plastic surgery. Advances in minimally invasive surgical techniques in other specialties, however, led to the establishment of ASCs for orthopedic, dental, and ophthalmologic procedures. According to the Federated Ambulatory Surgery Association (FASA), gastroenterology accounted for only 10% of all procedures performed in ASCs in 1995, while plastic surgery still represented 20%. These proportions changed rapidly. By 1998, only three years later, ophthalmology accounted for more procedures performed in ASCs than any other surgical specialty (26.8%), followed by gastroenterology (18.8%), orthopedic surgery (9.8%), gynecology (9.5%), plastic surgery (7.7%), and otolaryngology (6.9%). The remaining 20.6% included dental, urological, neurological, podiatric, and pain block procedures. SEE: How To Get Rid Of Beef Curtains Without Surgery

What does ambulatory surgical center mean?

But what is more interesting to Ambulatory surgery centers (ASCs) are health care facilities that offer patients the opportunity to have selected surgical and procedural services performed outside the hospital setting.

What is the difference between an ambulatory surgery center and a hospital?

Surgery centers, also known as ambulatory surgery centers (ASCs), are licensed freestanding outpatient facilities. Hospitals have more resources to manage complications, and patients are often transferred from a surgery center to the nearest hospital facility should complications arise during a procedure.

What ambulatory surgery center association do?

The Ambulatory Surgery Center Association is a nonprofit association in the United States. It represents all aspects of the Ambulatory Surgery Center industry including the physicians, nurses, administrative staff, and owners. The association represents the industry before the media, Congress, state legislatures, and regulatory bodies, and advocates for quality standards, insurance coverage by Medicare and private payers, and reasonable conditions for coverage.

The ASC Association was formed in 2008 when the two leading national ASC associations FASA and the American Association of Ambulatory Surgery Centers (AAASC) merged. The new organization commenced operations on January 1, 2008. 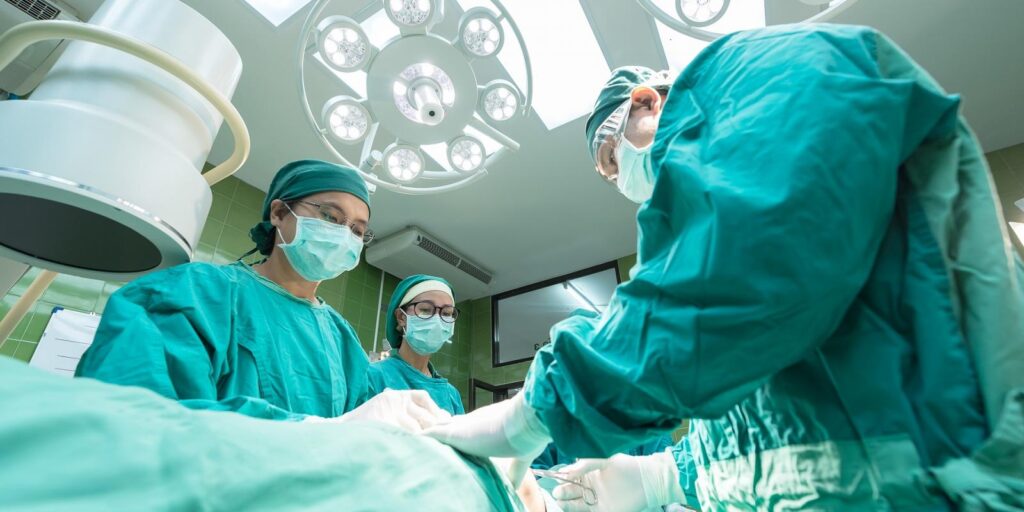 Cost. In many cases, an outpatient procedure done in an ASC costs between one-half and one-third as much as the same procedure done in a hospital. It is important, however, for patients to compare costs carefully, because some ASC procedures may cost as much as or even more than hospital-based procedures. For example, the Medicare Payment Advisory Commission found that whereas a cataract operation cost only $942 at an ambulatory surgery center in 2001 as opposed to $1334 at a hospital, after-cataract laser surgery cost $429 at the ASC versus $246 at a hospital. Figures for an endoscopy and biopsy of the upper digestive tract were $429 and $359 respectively; for a diagnostic colonoscopy, $429 and $401; and for epidural anesthesia, $320 and $183.

Convenience. There is much less administrative paperwork and “red tape” at an ambulatory surgical center compared to the admissions process at most hospitals. Patients also like the fact that they can leave an ASC relatively quickly after their surgery, which translates into less time lost from work.

Presence of family and friends. Whereas most hospitals keep patients recovering from a surgical procedure in separate rooms, in an ASC the patient can usually spend the recovery period after surgery with their loved ones.

Greater efficiency. This advantage is particularly important to surgeons. It takes much less time to prepare an operating room in a specialized ASC for the next patient than in a standard hospital. Improved efficiency allows the surgeon to treat more patients in the same amount of time than he or she would be able to do in a hospital; some surgeons maintain that they can do three times the number of procedures in an ASC as they could in a hospital setting.

Greater control over procedures and standards. Many doctors prefer working in an ASC because they can set the standards for staffing, safety precautions, postoperative care, etc., rather than having these things decided for them by a hospital manager.

As of 2003, there are several areas of tension in the health care system related to ambulatory surgical centers. One is opposition from hospitals. Most hospitals have relied on income from surgical procedures to make up for losses incurred by treating other patients who cannot afford to pay. The movement toward freestanding ambulatory surgery centers means a considerable loss of income for many hospitals.

On the other hand, there is also increasing competition between ASCs and office-based surgical practices. The same improvements in anesthesia and surgical equipment that made outpatient surgery in an ASC safe to perform have also made it safe to do a growing number of fairly complex procedures in a doctor’s office. Such procedures as hernia repair, arthroscopic joint repair, and liposuction are now being performed in office-based facilities. It is estimated that by 2005, 10 million surgical procedures will be performed annually in American doctors’ offices, or twice as many as were done in 1995. The American Society of Anesthesiologists predicts that office-based surgical procedures will account for a steadily growing proportion of outpatient surgeries. The ASA has stated that “…the trend toward office-based surgery is growing at least as fast [as of 2003] as the trend toward ambulatory surgery grew a few years ago.”

Despite the many benefits of ambulatory surgery centers, the disadvantages can include cost-control pressures, less invasive procedures, and stress.

The growing number of for-profit ASCs, as well as government involvement with outpatient facilities through the Medicare program, has led to a number of legal and regulatory questions. One issue concerns the level of Medicare reimbursement for procedures performed in ASCs. The present Medicare fee schedule is based on data from 1986, when the operating costs of many ambulatory surgical centers were higher than they are in 2003, due to advances in technology. As a result, some observers think that ASCs are being overpaid for services to Medicare patients. Another issue is a proposal to add more procedures to the list approved by Medicare for ASC patients. The present list has not been updated since 1995. The proposed additions would increase ASC services available to Medicare patients by 20%. The major legal question facing surgeons who own or have investments in ambulatory surgical centers is whether they are breaking the law by referring patients to ASCs in which they have invested or in which they perform surgery. The existing laws are not entirely clear on this point, but experts in health law do not expect the confusion to be resolved in the near future. SEE: Largest Health Insurance Companies In the World