10 Things You Should Know About Hemoptysis 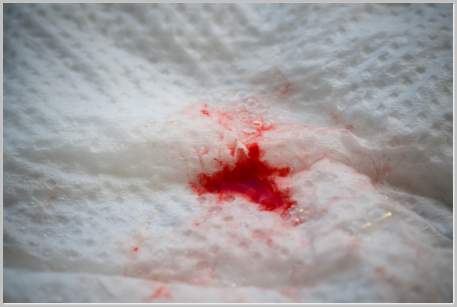 Hemoptysis is the coughing up of blood or blood-stained mucus from the bronchi, larynx, trachea, or lungs. This can occur with lung cancer, infections such as tuberculosis, bronchitis, or pneumonia, and certain cardiovascular conditions.

What is massive hemoptysis?

Massive hemoptysis has no generally accepted definition. Suggested volumes range from 100 mL to more than 1000 mL. A more relevant definition of massive hemoptysis is the volume that is life-threatening by virtue of airway obstruction or blood loss (anatomical dead space is only 100-200 mL).

What can cause hemoptysis?

What is the most common cause of hemoptysis?

Bronchitis (acute or chronic) is the most common cause of coughing up blood. Hemoptysis due to bronchitis is rarely life-threatening.

How does hemoptysis occur in children?

Small amounts of blood-tinged sputum can occur when the back of the throat becomes irritated by frequent or violent coughing. The most common causes of hemoptysis in children are lower respiratory infections and inhaling a foreign object into the lungs (aspiration).

What is hemoptysis a symptom of?

Hemoptysis is a symptom of many different underlying disorders, from cancer to a mild bronchial infection. In addition to coughing up blood and depending on what is causing the bloody sputum, a patient may notice other symptoms including the following: Chest pain, Dyspnea (shortness of breath, even without exercise)

How do you treat hemoptysis?

Some methods of controlling bleeding include Bronchial artery embolization, surgical resection, and bronchoscopic laser therapy. For mild or moderate hemoptysis in patients who have chronic bronchitis, bronchiectasis, or tuberculosis, treatment usually involves antibiotics.

What is the difference between hematemesis and hemoptysis?

Hematemesis is the vomiting of blood. The source is generally the upper gastrointestinal tract, typically above the suspensory muscle of the duodenum. Patients can easily confuse it with hemoptysis (coughing up blood), although the latter is more common. Hematemesis “is always an important sign”.

Can coughing up blood be harmless?

Coughing up blood can be alarming, but isn’t usually a sign of a serious problem if you’re young and otherwise healthy. You may cough up small amounts of bright red blood, or frothy blood-streaked sputum (phlegm). The blood is usually from your lungs and is often the result of prolonged coughing or a chest infection.

Why does TB cause hemoptysis?

Can asthma cause hemoptysis?

In adults, asthma, chronic obstructive pulmonary disease, and malignancy are the most common causes of hemoptysis

Is it normal to cough up blood after quitting smoking?

When you quit smoking, your cough will not go away immediately. As the cilia recover, they will better clear mucus and phlegm from your lungs, which can cause coughing that can take 1 to 9 months to decrease. Some people may also notice that they cough more than usual when they initially quit smoking.

Can you cough up a lung?

No. Fortunately, your lungs are too large to fit through your trachea, so they’re not going to come flying out of your mouth.

5 Major Occupational Diseases Every Worker Must Watch out for

What Cause Shortness of Breath When Lying Down?