10 Importance of a Doctor In a Society 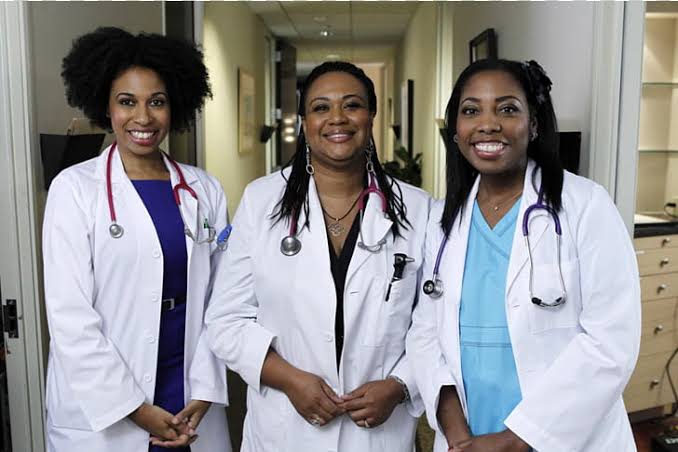 A physician, medical practitioner, medical doctor, or simply doctor, is a professional who practices medicine, which is concerned with promoting, maintaining, or restoring health through the study, diagnosis, prognosis and treatment of disease, injury, and other physical and mental impairments.

Medicine bridges the gap between science and society. Indeed, the application of scientific knowledge to human health is a crucial aspect of clinical practice. Doctors are one important agent through which that scientific understanding is expressed. But medicine is more than the sum of our knowledge about disease. Medicine concerns the experiences, feelings, and interpretations of human beings in often extraordinary moments of fear, anxiety, and doubt. In this extremely vulnerable position, it is medical professionalism that underpins the trust the public has in doctors.

In this part of the article we will look at the purpose of doctors in a society and how doctors help the community;

The COVID-19 pandemic has reminded all of us of the vital role doctors play to relieve suffering and save lives. The pandemic has also highlighted the extent to which doctors are willing to go in ensuring a functioning health system and a functioning society. On a daily basis doctors also play key roles that save lives such as an emergency procedure or an elective procedure for a rather time sensitive or serious illness. An accidental injury and troubled labor also account for the same.

Unfortunately, not every illness can be cured completely. But with the effort of doctors and medicines and therapies, the lifespan of the patient or onset of the worst effect of an illness can be extended significantly. Though this time varies greatly from case to case and patient to patient, the efforts behind the cause are commendable.

Nobody wants to become sick, disabled or helpless. Preventing sickness or injury is a better choice: It’s less expensive, better for our health and we lose less income if we don’t get sick too often. Preventive treatment is also important for society as a whole. Many people in the U.S. and around the world can’t afford drugs, hospital stays or surgery. By promoting preventive medicine and keeping people healthy, doctors reduce the health gap between rich and poor populations.

Although doctors have not been able to completely stop the current Coronavirus pandemic, they have significantly reduced mortality from the disease. Black death and smallpox have wiped out millions of people throughout history; polio paralyzed thousands in the 20th century. By working to contain potential epidemics, doctors prevent disasters. Individual doctors don’t fly solo in these crises. Fighting plagues takes money and organizations that work on a national and international scale. But doctors and other medical professionals are vitally important in the fight.

Not every disease threatens the life of the patient. However, living with the discomforts for a lifetime is not an acceptable option either. The effort of doctors makes it possible to mitigate these discomforts and help live their life to the fullest.

A medical practice is a small business. Most doctors employ staff and rent or buy office space, pay contractors for repairs and generally improve the community’s economic health as they improve their patients’ health. For instance in 2018, Illinois had 30,000 doctors who support 146,000 jobs and indirectly support 250,000 more. A hospital or medical practice can be an economic driver in towns too small to support most other industries.

Doctors play a major role in nutritional emergencies, hunger and malnutrition are rampant among refugees and displaced populations, representing currently around 40 million people worldwide, many of whom – infants, children, adolescents, adults and older people – suffer from one or more of the multiple forms of malnutrition.

In the internet age, there’s no shortage of medical malarkey flying around online. Whatever you’re suffering from, someone knows a miracle cure. Whatever you’re scared of, some website will shriek that it is much, much worse than you think. Doctors have the standing and the knowledge to push back against fake medical news. It’s not just about teaching patients the real steps to staying healthy. Sometimes it’s explaining that there is no cure and so no point to spending money trying to conjure one up.

State, local and federal governments have a big influence on our communities’ health. Is our water safe to drink? Our food safe to eat? Is there a local treatment program for alcoholics or people hooked on painkillers? If contagious disease is a threat, how does the government mobilize doctors and other professionals? Doctors are only one voice among many that shape public policy. But they have a unique position of respect and trust, which they can use to push governments toward healthcare policies that will genuinely benefit the public.

A military doctor provides health care to military personnel and their families and can work in a variety of settings, including hospital ships and international medical centers. Doctors enlisted in the military might take part in international relief efforts by providing care to victims of natural disasters. The military primarily employs doctors with specializations in common types of medicine such as pediatrics, family care, and neurology. If you would like to become a military doctor, you must earn a medical degree and meet military requirements.

The Sad Story of a Doctor Who Became An Addict

What A Doctor Found Inside The Kidney Of A Patient

5 Key Importance of First Aid You Should Know
Importance Of Doctor
June 1, 2022 Family & Community HealthPublic HealthComments Off on 10 Importance of a Doctor In a Society