Which Of These Technological Advances Has Improved Flu Vaccines? 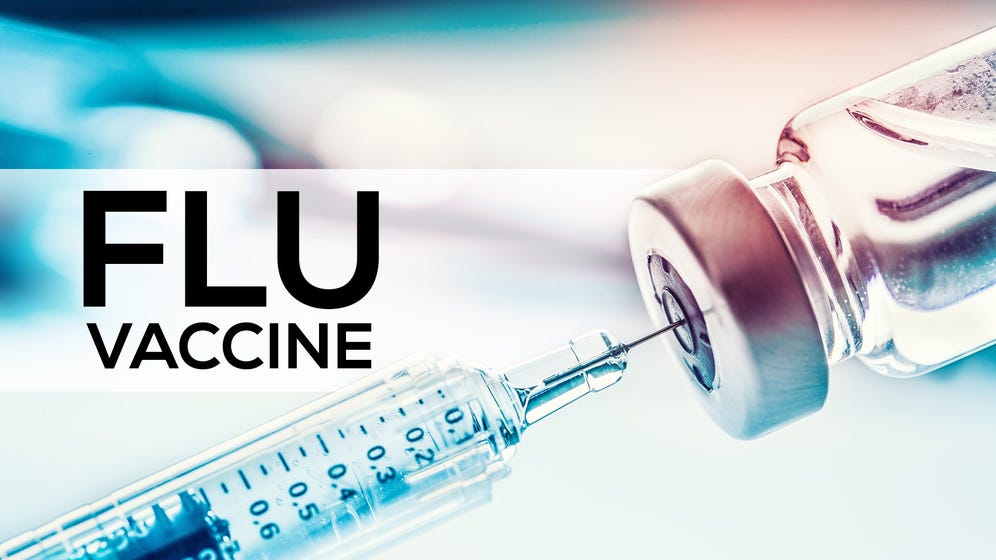 Which of these technological advances has improved flu vaccines?

The Correct answer to the question above is option B. Virus culturing

Cell-based’ refers to how the influenza (flu) vaccine is made. Most inactivated flu vaccines are produced by growing flu viruses in eggs. The flu viruses used in the cell-based vaccines are grown in cultured cells of mammalian origin instead of in hens’ eggs. An influenza (flu) shot or vaccine is given with a needle, usually in the arm. Seasonal flu shots protect against the three or four influenza viruses that research suggests may be most common during the upcoming season.

The egg-based production process begins with CDC or another laboratory partner in the WHO Global Influenza Surveillance and Response System providing private sector manufacturers with candidate vaccine viruses (CVVs) grown in eggs per current FDA regulatory requirements. These CVVs are then injected into fertilized hen’s eggs and incubated for several days to allow the viruses to replicate. The fluid containing virus is harvested from the eggs. For inactivated influenza vaccines (i.e., flu shots), the vaccine viruses are then inactivated (killed), and the virus antigen is purified. The manufacturing process continues with quality testing, filling and distribution. For the nasal spray flu vaccine (i.e., the live attenuated influenza vaccine – LAIV), the starting CVVs are live, but weakened viruses that go through a different production process. FDA tests and approves all influenza vaccines prior to release and shipment.

There also is a cell-based production process for flu vaccines that was approved by FDA in 2012. Until recently, this production process also began with egg-grown CVVs per FDA regulations. However, on August 31, 2016, FDA issued an approval for Seqirus, the sole FDA-approved cell-based flu vaccine manufacturer in the United States, to begin using cell-grown CVVs. Cell-based manufacturing is used to make inactivated flu vaccines (e.g., the flu shot).

The process of creating cell-based flu vaccines involves several steps. First, CDC or one of its laboratory partners, use influenza viruses that have been grown in cells to make CVVs, which are then provided to a vaccine manufacturer. Next, the vaccine manufacturer inoculates the CVVs into cultured mammalian cells (instead of into eggs) and allows the CVVs to replicate (i.e., make copies) for a few days. Then, the virus-containing fluid is collected from the cells and the virus antigen is purified. The manufacturing process continues with purification and testing. Finally, FDA tests and approves the vaccines prior to release and shipment.

Cell-based flu vaccine production does not require chicken eggs because the vaccine viruses used to make vaccine are grown in animal cells. Cell-based technology also has the potential for a faster start-up of the flu vaccine manufacturing process.

There is a third production technology for flu vaccines that was approved for use in the U.S. market in 2013 and that involves using recombinant technology. Recombinant flu vaccines do not require having a candidate vaccine virus (CVV) sample to produce. Instead, recombinant vaccines are created synthetically.

To make a recombinant vaccine, flu scientists first obtain DNA, i.e., genetic instructions, for making a surface protein called hemagglutinin (HA) found on influenza viruses. HA is an antigen, which is a feature of a flu virus that triggers the human immune system to create antibodies that specifically target the virus. This DNA for making flu virus HA antigen is then combined with a baculovirus, a virus that infects invertebrates. This results in a “recombinant” virus.

The role of the baculovirus is to help transport the DNA instructions for making flu virus HA antigen into a host cell. Once the recombinant virus enters a Food and Drug Administration (FDA) qualified host cell line, it instructs the cells to rapidly produce the HA antigen. This antigen is grown in bulk, collected, purified, and then packaged as recombinant flu vaccine. These vaccines are then quality and potency tested by FDA prior to FDA approving release of the vaccine lots to the public.

This production method does not require an egg-grown vaccine virus and does not use chicken eggs at all in the production process. While there are other vaccines on the U.S. market that use similar recombinant manufacturing processes, there is only one influenza vaccine produced using recombinant technology approved by the FDA for use in the United States at this time. This production process is the fastest because it is not limited by the selection of vaccine viruses that are adapted for growth in eggs or the development of cell-based vaccine viruses.