What Differentiates A Real R039 Pill Vs A Fake R039 Pill? 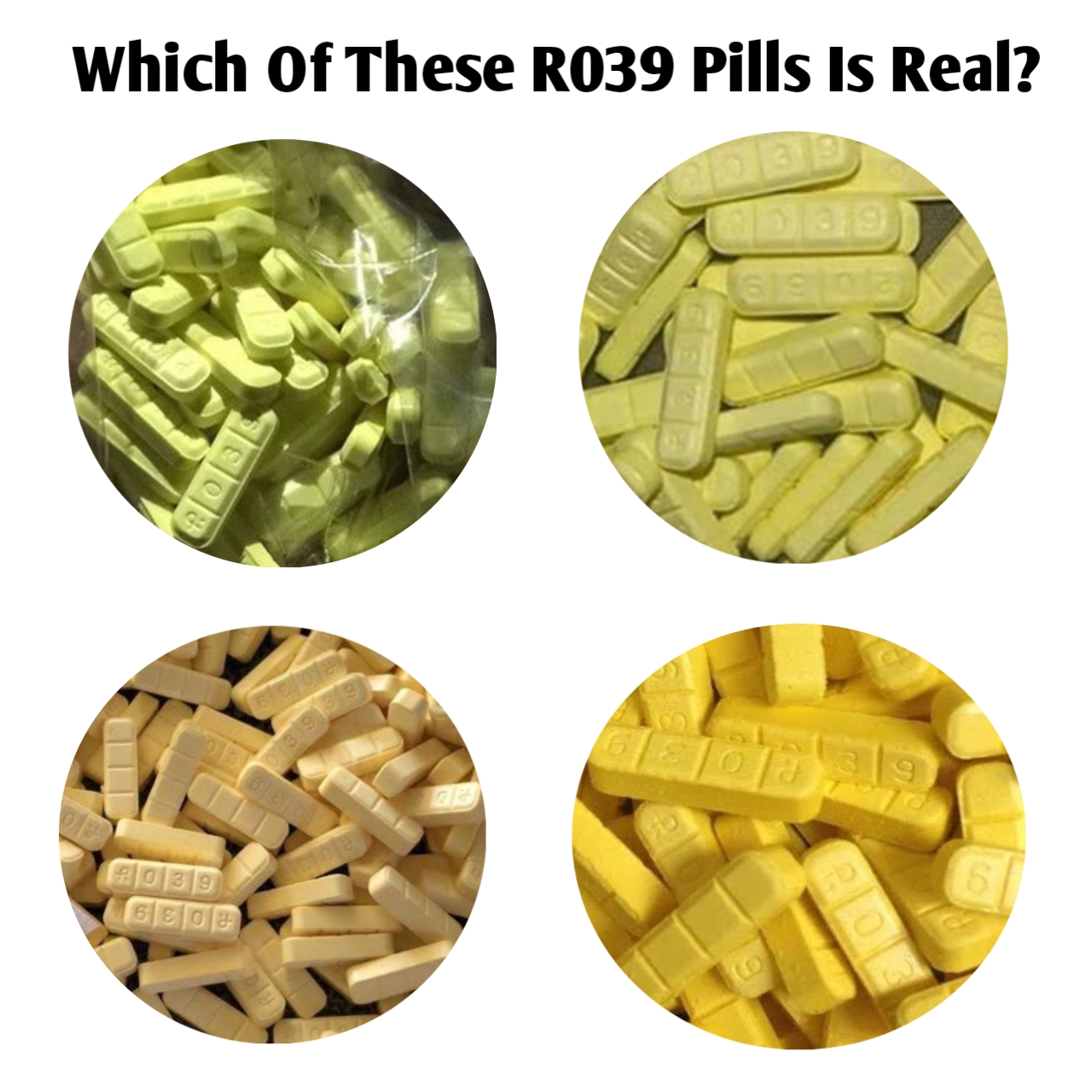 According to the DEA, criminal drug networks are mass-producing fake pills and falsely marketing them as legitimate prescription pills to deceive the public.

Fake prescription pills are easily accessible and often sold on social media and e-commerce platforms, making them available to anyone with a smartphone, including minors.

Fake pills are responsible for the recent spike in overdose. An estimated 100,306 people died as the result of a drug overdose in the United States from April 2020 through April 2021 and more than 75 percent of those deaths involved an opioid. This is an increase of nearly 28.5 percent year over year. In this article, we shall be looking at the 8 differences between a real R039 pill vs a fake R039 pill.

Yes, the yellow rectangle-shaped R039 pill is a type of Xanax supplied by Actavis. It is used in the treatment of anxiety and panic disorders. Doctors often prescribe the yellow R039 pill for generalized anxiety disorder and panic disorder. It is one of the most common medications for these conditions, and it belongs to a class of drugs called benzodiazepines, or benzos.

R039 pills also relieve symptoms of anxiety, including anxiety caused by depression. It is also used to treat panic disorder in some patients.

The R039 pill contains 2mg of alprazolam, a benzodiazepine. Benzodiazepines belong to the group of medicines called central nervous system (CNS) depressants, which are medicines that slow down the nervous system. R039 pill starts to work quickly, and it stays in the body long after the effects of one dose have worn off.

There has been a significant increase in fake R039 Xanax bars because of growing demand and the COVID 19 pandemic as a result,  drug dealers are using fentanyl to produce fake R039 Xanax. This is because it takes very little to produce a high with fentanyl, making it a cheaper option.

This is especially risky when people taking R039 Xanax don’t realize they contain fentanyl as a cheap but dangerous additive. They end up taking stronger opioids than their bodies can handle, resulting in an overdose. Fentanyl is a powerful synthetic opioid that is similar to morphine but is 50 to 100 times more potent. Most fentanyl overdoses are fatal.

Statistics show fentanyl is popping up in more substances and illicit drugs around the world. The Drug Enforcement Administration has reported a notable increase in seizures of methamphetamine and cocaine including fentanyl.

Yes, even though you do not have access to most of the test equipment used by regulatory bodies to verify the identity of a drug product, you can still learn how to pot a fake R039 pill. The following 8 tips will help you in differentiating between a real R039 and a fake R039 pill:

Color Of R039 Pill: The color of a real R039 pill should be shiny yellow, any inconsistencies in the color distribution of an R039 pill is a red flag that should not be ignored. In addition, a real R039 pill should not have a speck of any other color, the presence of any specs on the body of the pill might indicate contamination or adulteration of the product. Illegal drug cartels that produce these fake pills are also responsible for the mass production of the multi-colored ecstasy pills.

Uniformity in Shape and Size: The pharmaceutical manufacturing standard adopted in manufacturing a real R039 pill ensures that virtually all the pills are uniform in shape and size. However, counterfeit pills also appear as a yellow, rectangular pills with R039 printed on one side, with three break lines delineating four sections like the real ones. However, because of the poor manufacturing practice adopted by counterfeiters, fake R039 bars can differ in shape and sizes significantly.

R039 Pill Package: If your R039 pill comes with a security seal that has been tampered with then something might be wrong. You can confirm tampering by looking for breaks or tears in the sealing tape and seals. If it appears suspicious or different from what you previously know reject it, the content might be fake.

R039 Pill Structural Consistency: A genuine R039 pill should have the same structural consistency. A pill that easily breaks into pieces or leaves excessive tablet powdery dust on your hand is a fake or adulterated one. A genuine pill should not have excessive powder and or pieces at the bottom of the container from abraded, crushed, or broken tablets. An excessively hard pill, softening, cracking, or swelling is also a red flag.

Fusion of Pills : Another important difference between a real R039 and a fake R039 is the fusion of pills together. If the R039 pill in your possession is fusing together then you might be in possession of a fake product. This feature is common for medication that comes in capsules and gels and not the R039 pill which comes in bar form. If your R039 pills are sticking together, it implies that it contains a foreign ingredient that is easily affected by temperature or adsorbs moisture in the air.

Price of Ro39 Pill: Even though they resemble the actual medication, fake R039 pills are usually sold cheaper to attract more customers and also because they are very cheap to make. Fake R039 pills are sold for between $3 to $5 as against $10 that you will normally pay for the same prescription at your local pharmacy store. However, sometimes fake pills are sold at equivalent prices or even higher when regulatory controls are tightened.

Source of R039 pills: You run a higher risk of buying a fake R039 pill when you buy drugs from the streets, on social media sites, or from online stores with no registered address. Filling your prescription in a reputable pharmacy greatly reduces your chances of buying fake drugs.  Often, fentanyl-laced R039 bars don’t look, smell, or taste any different than a real R039 Xanax pill. As a result, people who buy these counterfeit pills from questionable sources often fall victim.

Fentanyl Testing: The most reliable method used to spot fake fentanyl-laced R039 bars is fentanyl testing. Fentanyl test strips (FTS) are a form of drug testing technology that has shown to be effective at detecting the presence of fentanyl in drug samples prior to use.

You can spot fake fentanyl-laced R039 bars going through the following steps:

Step 1: Crush the R039 pill and pour the powder into a clean bowl or test tube use a piece of personal protective equipment and avoid inhaling or coming in contact with the dust.

Step 2: Add ¼ inch of clean water to the powder in the tube or bowl and mix properly.

Step 3: Dip the end of the test strip into the residue for 15 seconds, remove it, and lay it on a clean flat surface.

Step 4: Check the strip after 5 minutes, (manufacturer’s directions) results may be visible sooner: One line means fentanyl (positive) Two lines mean no fentanyl (negative) * If the strip does not either have one or two lines, the test is invalid.

Fentanyl test strips are a reliable, common-sense means of providing people at risk of fentanyl exposure with more information that can help decrease the risk of overdose. Because it is new, scientific evidence of its many public health benefits is only just beginning to emerge.

How To Spot An R039 Xanax Yellow Pill Fake

How Addictive is R039 Yellow Pill?