What Are The Differences Between Panadol And Panadol Extra? 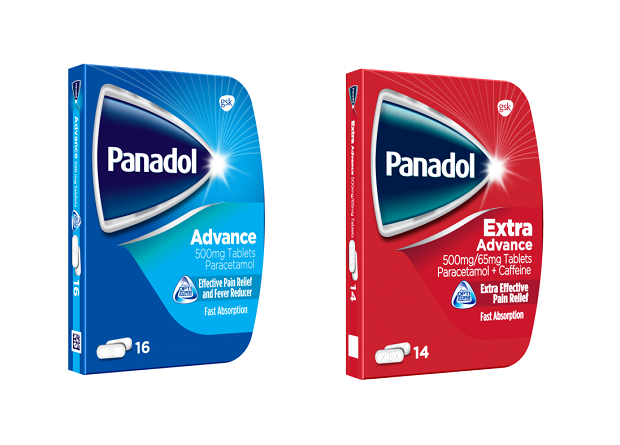 Panadol is one of the world’s best-known brands of paracetamol-based pain relievers. Pain comes in many forms and for different reasons. It’s individual, part of what makes us human, and is an important signal for our bodies. Through knowledge and treatment, we can learn to understand and deal with everyday pain, so it doesn’t have to be a burden to ourselves or those we love.

The Panadol range includes pain relief products of various strengths, products specially developed for children as well as for cold and flu relief. Pain can be complex and confusing, getting information about the symptoms and causes of pain and how to choose the right Panadol products. We’ll also help you learn some of the pain management techniques.

Difference Between Panadol And Panadol Extra

Although they are both produced by GlaxoSmithKline, each caplet or tablet of Panadol contains 500mg of Paracetamol, this is common among all of the Panadol range and acts as an analgesic (pain relief) and antipyretic (decreases temperature). Panadol Extra on the other hand contains 500 mg of paracetamol and 65 mg of caffeine as the active ingredients to provide additional pain relief. Panadol Extra is extra effective against pain, it does not irritate the stomach and is gentle on you. Suitable for: Headache, Backache, Toothache, Rheumatic Pain, Muscle Pain, Period Pain.

How long they stay in the body

When taken as directed, a dose of Paracetamol, the active ingredient in Panadol, is eliminated from the body within 24 hours in most healthy people. The approximate mid-point elimination half-life of paracetamol (at 2.5 hours) is shorter than that of the caffeine (65mg) in a typical cup of coffee after oral administration (at 5 hours) in most healthy adults.

Panadol does not contain caffeine while Panadol extra comes with 65mg. Adding caffeine, at a dose equivalent to a mug of coffee to a standard dose of common analgesics, increases the number of people with acute pain who will experience a good level of pain relief, according to a Cochrane review by Oxford University.

Although both drugs are now formulated with new technology to allow the paracetamol to be absorbed into the bloodstream faster than standard paracetamol tablets, the pack and blister presentation of Panadol and Panadol extra are still different. While Panadol comes in a blue pack, Panadol Extra comes in a red pack.

You should read the patient information leaflet that is supplied with your medication for more information about side effects associated with Panadol extra. In addition, when the recommended paracetamol-caffeine dosing regimen is combined with dietary caffeine intake, the resulting higher dose of caffeine may increase the potential for caffeine-related adverse effects such as insomnia, restlessness, anxiety, irritability, headaches, gastrointestinal disturbances, and palpitations.

The side effects of Panadol include;

Panadol Extra should not be given to children under 12 years.

Do not take more than 4 tablets a day in the following situations, unless directed by your doctor:

You should not use Panadol or Panadol Extra if you have severe liver disease.

An overdose of use Panadol or Panadol Extra can damage your liver or cause death.

Avoid also using other medicines that contain paracetamol (sometimes abbreviated as APAP or acetaminophen), or you could have a fatal overdose.

Avoid too much caffeine in drinks like tea and coffee. High caffeine intake can cause difficulty in sleeping, shaking, and an uncomfortable feeling in the chest.

Prolonged use, except under medical supervision may be harmful. This medicine should only be taken when necessary.

Call your doctor at once if you have nausea, pain in your upper stomach, itching, loss of appetite, dark urine, clay-colored stools, or jaundice (yellowing of your skin or eyes).

Stop taking these medicines and call your doctor right away if you have skin redness or a rash that spreads and causes blistering and peeling. If you have a high fever, or if symptoms get worse or persist for longer than 3 days, consult your doctor.

There are moderate interactions between Panadol and the following drugs:

There is some concern that Panadol extra can interact with certain medications, called MAOIs. If Panadol extra is taken with these medications, it might increase the risk for serious side effects including fast heartbeat and very high blood pressure.

This document does not contain all possible Panadol or Panadol Extra interactions. Therefore, before using this product, tell your doctor or pharmacist about all the products you use. Keep a list of all your medications with you, and share the list with your doctor and pharmacist. Check with your physician if you have health questions or concerns.

Adco Dol tablets: Uses, Dosage, Side Effects, Interaction
Panadol vs Panadol Extra
July 19, 2022 Family & Community HealthPublic HealthComments Off on What Are The Differences Between Panadol And Panadol Extra?