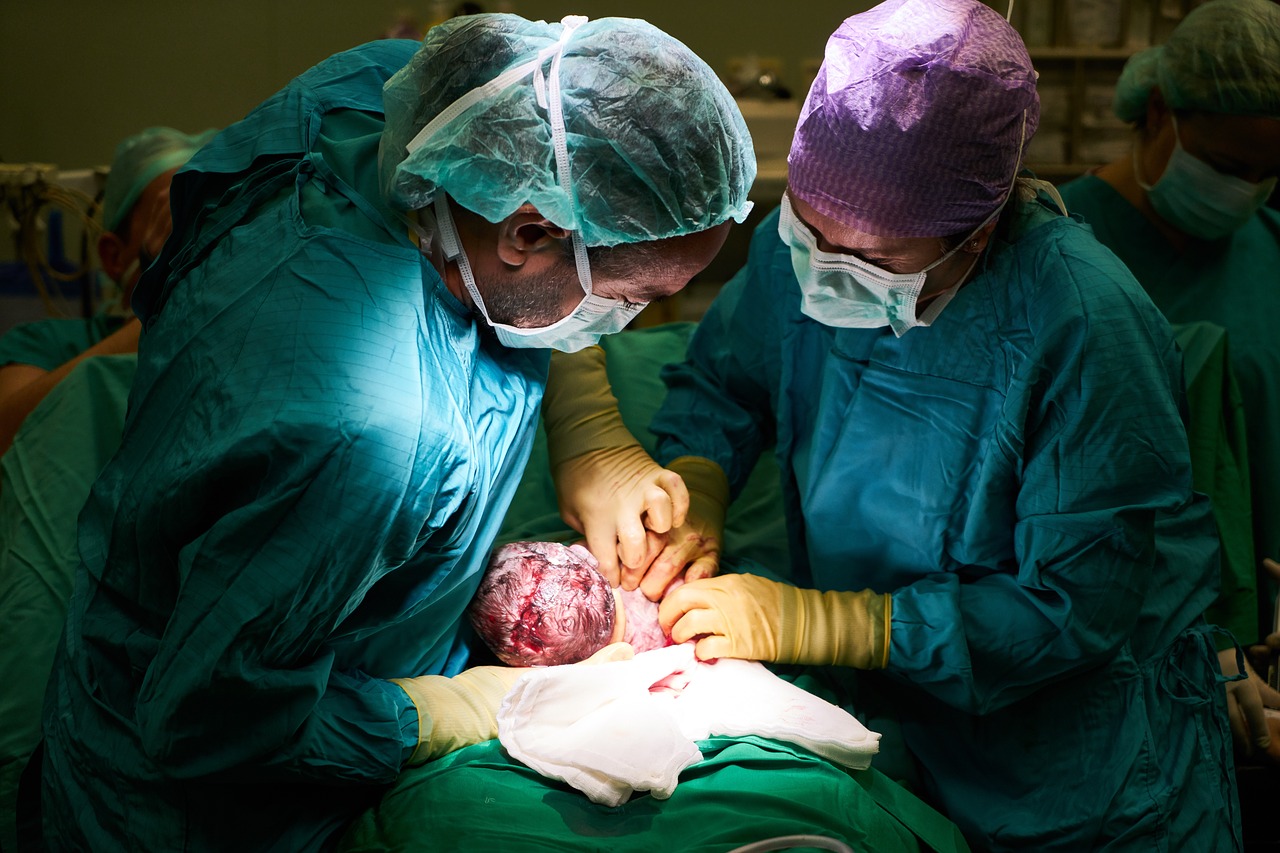 What Is a C-Section?

A cesarean section (C-section) is the surgical delivery of a baby through incisions in the mother’s abdominal wall and uterus. C-sections can help women who are at risk for problems avoid dangerous delivery-room situations and can be a lifesaver in an emergency.

C-sections are done by obstetricians (doctors who care for pregnant women before, during, and after birth) and some family physicians. Midwives cannot perform C-sections. Worldwide Cesarean section rates have risen from around 7% in 1990 to 21% today, and are projected to continue increasing over this current decade.

Why Are C-Sections Needed?

Some C-sections are scheduled if the doctor knows that a vaginal birth would be risky. A doctor may schedule one if:

Some C-sections are unexpected emergency deliveries done when problems arise with the mother and/or baby during pregnancy or labor. An emergency C-section might be done if:

If your doctor has recommended a C-section and it’s not an emergency, you can ask for a second opinion. In the end, though, it’s best to rely on the judgment of the doctors

What are possible C-section complications?

While C-sections are extremely safe, very rarely, do complications happen. For women, these can include reactions to medications or anesthesia used during the procedure, blood loss, and infection (which is why it’s so important to carefully follow your doctor’s post-op care instructions).

Blood clots in the legs, pelvic organs, or lungs can also occasionally occur. While your doctor will take steps to prevent this from happening, it helps to walk after surgery as soon as you’re able. Surrounding organs (like your bowel or bladder) can be injured and require additional surgery to fix.

Very rarely, the lining of the uterus becomes inflamed or irritated (called endometritis). So, if you notice increasing pelvic pain, unusual discharge or fever after birth, call your doctor right away.

As for babies born by C-section, they may be at a higher risk of transient tachypnea, and rapid breathing caused by leftover fluid in the lungs. While the condition sounds frightening, it usually only lasts for a day after delivery and then goes away on its own. And if the surgery was performed before week 39, your baby may be at greater risk of breathing problems if her lungs aren’t fully mature — but your doctor will be keeping a close eye on her and treating any problems while you’re in the hospital.

While it’s well known that for every C-section you have, the associated complications increase. But so far, there isn’t an established number of cesareans that’s been deemed safe. That said, a trial of labor isn’t recommended after three or more past sections, so if you’re about to have your fourth baby and you’ve already had three cesareans, a VBAC is likely off the table.

There are several factors that can cause a sharp stabbing pain on the right side after C-section, but the commonest cause is an incisional hernia. Sometimes, an incisional hernia can cause pain and discomfort, especially when the bulge in the stomach is more noticeable. This symptom can be a challenge for a new mom to recognize at first. The healing process after cesarean delivery can cause discomfort.

A research study published in the journal PLoS One found that an estimated 2 out of every 1,000 cesarean deliveries caused a hernia that required surgical repair within 10 years of delivery.  It’s possible that more women have hernias after cesarean delivery, but they may not get surgery to fix them for some time, or at all.

Other symptoms associated with the healing process can include impaired motor function and nerve pain. If you have had a C-section and are experiencing superficial pain around the edges of the scar, it is likely the ilioinguinal, iliohypogastric, and/or genitofemoral nerves have been affected.

How To Get Rid Of Hanging Belly After C Section

How To Hygienically Dispose A Placenta After Birth

How To Dispose Placenta After Birth In Nigeria