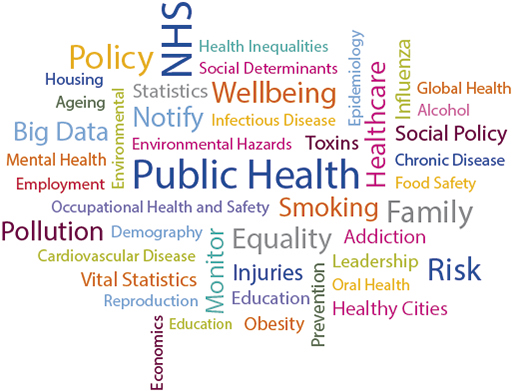 Answer: Epidemiology is defined as the distribution and determinants of disease frequency or health events in man. Modern day epidemiology is different from the earlier period when it was just referred to as the study of epidemics. It now includes comprehensive methods for the control of diseases, including non-communicable diseases. Distribution refers to the time; place and personal characteristics of disease while the determinants (what determines disease) are generally characterized as an agent, host, and environmental factors. Since freedom from disease allows an individual to remain healthy, it is also important to find out how and why individuals do not suffer from disease and remain healthy. Such analyses will help in finding solutions to diseases and maintaining good health.

What are the uses of epidemiology?

Answer: The major uses of epidemiology are:

To assess the health status of communities. It, therefore, helps in establishing a community diagnosis.

To search for determinants of disease. To find out how and why the disease is caused is a major use of epidemiology.

To plan comprehensive health services, including specific strategies and ways and means of implementation.

To evaluate strategies and interventions for disease control. Such evaluation helps in identifying weaknesses and suggesting remedial measures for the future. Evaluation of costs and benefits or effectiveness of specific interventions is also an integral use.

To complete the natural history of the disease. In a hospital setting only the terminal cases are seen and how the disease starts and presents in its initial stages is only possible by studying disease in the community.

What is the epidemiological triad?

Answer: Disease is caused by an interaction between agent, host, and environmental characteristics. When all three are in harmony, health is ensured but maladjustment in their relationships leads to disease. These three factors together constitute the epidemiological triad.

What is the difference between retrospective and prospective studies?

What is a case control study?

Answer: A case control study is an epidemiological study where a group of individuals with a disease is compared with a group of individuals who are not suffering from the disease in terms of specific disease causing exposures. Since the starting point is a group of people who already have suffered from the disease, this is labeled as a retrospective study. Advantages of case control studies – Relatively quick and easy to undertake. – Relatively cheap to undertake. – Only method useful in rare diseases. – Not enmeshed in problems of follow-up as the data is collected at one point in time. – Can be used to study the effect of many exposure variables on a single disease outcome. Drawbacks of case control studies – Prone to selection and recall bias. – Can’t measure relative risk or provide incidence estimates. – Sometimes the occurrence of the exposure in terms of time, i.e. whether it occurred before the disease may be difficult to decipher. – Can’t be used for rare exposures. – Designing the study is not an easy task.

What is a cohort study?

Answer: Cohort studies are forward looking, i.e. they look for the development of disease in a group of individuals (the cohort) free of the same at the beginning. The group is followed up over a period of time. During this period some persons will develop the disease under study while others will remain free of the disease. The characteristics (and exposure to disease causing factors) are compared between those who suffer from the disease and those free from the disease. The literal meaning of the term ‘cohort’ refers to a group that shares similar characteristics. Thus, it implies that one needs to identify groups of populations who are free of the disease being studied and who are similar in all respects, except for the specific exposure variable or characteristic whose effect is related to the disease being studied. These groups are then followed up for the period of time that it takes for the disease to develop.

What is a Randomized Controlled Trial?

Answer: A randomized controlled trial is an experimental method where individuals are randomly allocated to an experimental or a control group and the effect or response of a drug or intervention is compared between the two groups. The two key features are ‘randomization’ and ‘controlled’. To ensure that there is no bias on part of the investigator, these trials are ‘blinded’ – single blind means the patients do not know what the intervention is; ‘double’ blind means that neither the patient nor the researcher knows what the drug/ intervention package is while ‘triple’ blind means that the analysis team also does not know which is the experimental and which is the control group till the study has been completed.

What is a Community Trial?

What is a vaccine trial?

Answer: When a randomized control trial is done to test the efficacy of a vaccine in preventing disease, it is called a vaccine trial.

What is the difference between Descriptive and Analytical Epidemiology?

There are a number of different descriptive methods: – Ecological /correlational studies. – Case reports/case series. – Cross-sectional designs Analytical studies are concerned with the determinants of disease rather than with the distribution. They focus attention on ways to prove a hypothesis suggested by the earlier types of studies. Based on the analytical method used, they can be categorized into two types: – Observational methods – Experimental methods. In the observational methods, the disease phenomenon is not in the grip of the investigator. The clinician – investigator only records the sequence of events as they unfold in front of his eyes. The outcome events are then related to the different input variables to understand the dynamics of disease causation. In experimental studies or intervention studies, the researcher selects a group of patients and then decides how to intervene/treat the group, and then records the differences. Thus, one group of individuals is labeled as an experimental group and is given some ‘treatment’, while the other group is labeled as the control group among whom either a placebo may be used or nothing may be done. These studies can be further categorized as follows: Observational Studies Experimental Studies – Case control studies – Intervention studies – Cohort studies with/ without control – Clinical trials (RCT) – Community trials.

What are the different sampling methods that you know of?

What is the difference between simple and stratified random sampling?

Answer: In this method, every individual has an equal chance of being selected in the sample. The first step involves the enumeration of the total population wherein every individual is sequentially numbered from 1…n (n =last member in the population). The enumeration list of the total population from which the sample is drawn is called the sampling frame. The next stage is the actual selection of the sample, which can be done by different methods like drawing numbers from a hat or picking numbers from a random table, etc. Stratified sampling is done to give the different population subgroups an equal chance of being selected. In this way, male/ female or urban/rural can be given adequate representation to reduce bias.

What is systematic sampling?

Answer: Systematic sampling is a method of probability sampling, which is used to simplify the selection procedure. After enumerating the units i.e. villages, houses, etc. they are selected at a predetermined interval, i.e. every nth unit. The procedure has the advantage of easy administration in the field but is inferior compared to the simple random sampling

What is cluster sampling?

Give examples of where cluster sampling has been used in reproductive and child health.

Answer:  For conducting surveys or epidemiologic investigations on large population groups, the simple random technique is not of much use. This is because the construction of the sampling frame becomes very difficult when there are a large number of individuals to be enumerated. In such situations, groups, rather than individuals, can be selected in the initial stage of the sampling process. In the selection of the final stage units, instead of randomly selecting the individuals to be included, all the individuals in the identified cluster are examined. EPI vaccine coverage surveys adopted the cluster sampling technique and now this technique is widely used in many situations where coverage/lameness/disability are surveyed.

What is an epidemic?

Give some examples of epidemic diseases, which have occurred in India recently.

Answer: The recent outbreak of plague in India where cases were not seen for many years is an example of an epidemic. HIV/AIDS is also a disease with epidemic proportions. Epidemics of dengue and JE are also reported from time to time. Epidemic diseases need not necessarily be communicable diseases. Therefore, the WHO also looks at smoking as an epidemic.

What is a pandemic?

Answer: An epidemic that breaks out across many continents is called a pandemic – i.e. occurring across the world.

Answer: HIV/AIDS and smoking can be called as modern day pandemics as they have affected millions of people across the world. Cholera was one of the most common diseases, which assumed pandemic proportions. Drug resistant tuberculosis is also a pandemic. A plague was also pandemic in historical times. The coronavirus (COVID-19) is an infectious disease caused by a newly discovered coronavirus.

Answer: The constant, continuous, or usual presence of a disease in a defined geographic area or delimited territory is called an endemic disease. Hyperendemic refers to a persistent intense transmission in an area while holoendemic means a disease starting early in life and affecting most of the population. An endemic disease may become an epidemic if the number of cases usually seen suddenly increases in proportion. Malaria, tuberculosis, leprosy, filariasis, etc. are examples of endemic diseases.

What is the prevalence rate?

What is the incidence rate?

Answer: Incidence rate refers to the number of new cases occurring in a population over a specified period of time. The numerator should be part of the denominator as in prevalence rate but unlike as in prevalence rate only new cases are considered. If a case started before the reference period but is continuing to the present, it is not considered in the numerator. E.g. if the reference period is from 1st Jan – 31st Jan 2002, cases, which started before 1st Jan 2002 but are still suffering will not be included in the numerator. The incidence rate is generally depicted as per 1000 or 100,000.

What is the relationship between prevalence and incidence?

How does the prevalence of a disease increase?

Answer: The prevalence of a disease can increase in the following conditions: – The duration of the disease is very long (i.e. chronic conditions) – The level of incidence i.e. the higher the incidence, the larger is the prevalence. – Improved methods of diagnosis that lead to the detection of a larger number of cases than before. – Availability of effective treatment, which prolongs life such that the individual lives longer while still suffering from the disease. – A sudden migration of cases into an area where the disease was not very common earlier.

How does the prevalence of a disease decrease?

Answer: A very short duration of the disease (applicable to acute disease conditions). – A very low incidence of disease – Lack of proper diagnostic equipment or skills for the detection of disease. – Diseases with high mortality such that very few individuals survive – Outmigration of diseased individuals.