Lokelma Vs Kayexalate Which is More Effective? 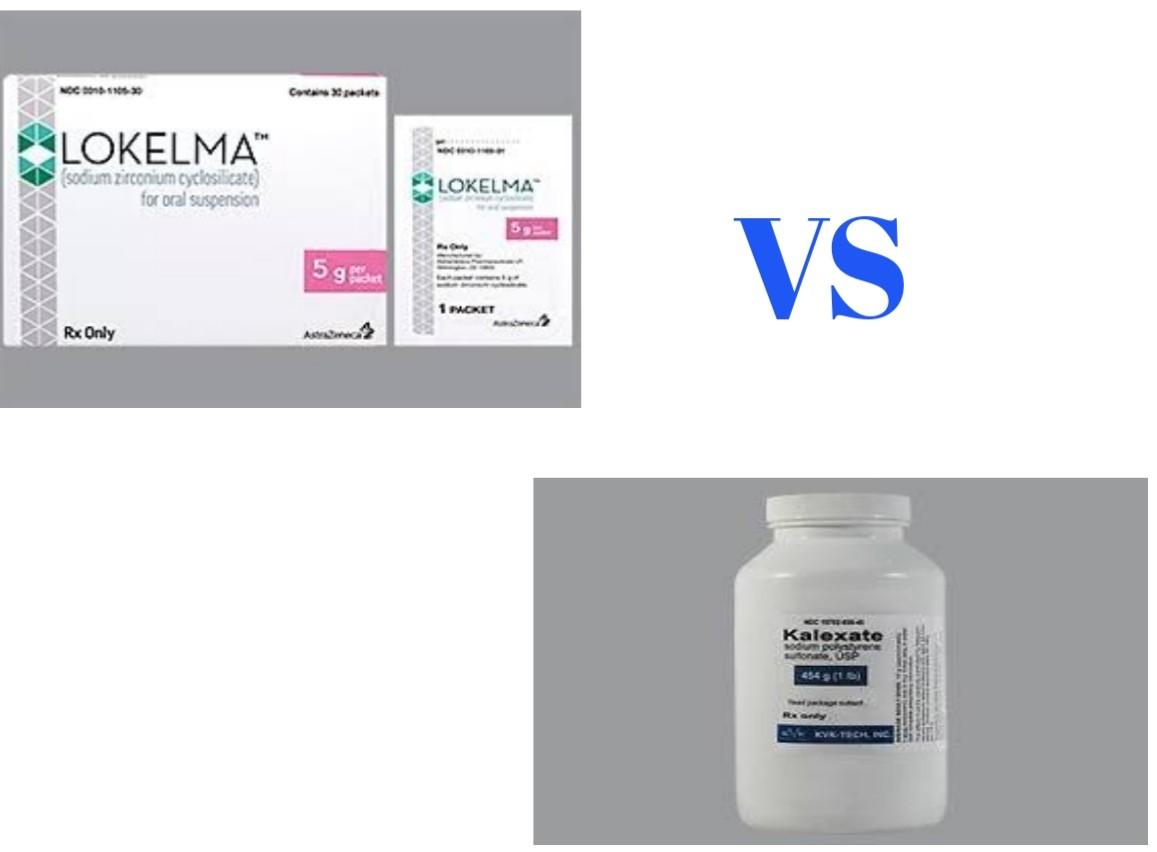 This medication must be mixed before taking. Open the packet and pour the contents into a drinking glass with about 3 tablespoonfuls or more (45 milliliters or more) of water. Stir, then drink the mixture right away. If there is any powder left in the glass, add more water, stir and drink again. Repeat until no powder is left in the glass to make sure you take all of it.

Use this medication regularly to get the most benefit from it. To help you remember, take it at the same time(s) each day. Tell your doctor if your condition lasts or gets worse.

Kayexalate is a brand of sodium polystyrene sulfonate which binds itself to potassium in your digestive tract. This helps prevent your body from absorbing too much potassium. Kayexalate is also used to treat high levels of potassium in the blood, also called hyperkalemia.

Kayexalate works differently from other medicines because it passes into your intestines without being absorbed into your blood stream. Kayexalate may also be used for purposes not listed here.

How is Kayexalate used?

This medication is taken by mouth, or use it rectally as directed by your doctor. If you are taking this medication by mouth, take it usually 1 to 4 times a day as directed by your doctor. To prepare the liquid suspension, carefully measure the prescribed dose of the powder and mix it with the prescribed amount of water or flavored syrup as directed. Stir well and drink the entire dose. Stay upright (sitting, standing, or walking) and do not lie down for at least an hour after your dose. Consult your doctor for details.

To give this medication rectally as an enema, use the prescribed dose usually every 6 hours as needed or as directed by your doctor. Consult your doctor or pharmacist for directions on how to prepare and mix the dose into a suspension and how to use the enema. Follow instructions for the use of a cleansing enema both before and after your dose of sodium polystyrene sulfonate. The cleansing enema after each rectal dose of this medication should be a non-sodium-containing enema.

Stir the suspension well, and use it soon after mixing. Do not store the mixture for more than 24 hours. Do not heat this medication because it may not work as well.

Lokelma Vs Kayexalate Which is More Effective

The Lokelma appear to work better than Kayexalate in reducing serum potassium levels within an hour and restoring normal levels after about 2 hours in most patients although the drug was tested against placebo (not Kayexalate) in the clinical trials that resulted in its approval.

Zirconium silicates like Lokelma are widely used in medical and dental settings and are believed to be generally safe. Lokelma, delivered orally, captures potassium ions in the GI tract through its chemical similarity to endogenous potassium channels. The potassium complex is then excreted in stool. Lokelma is not absorbed into the bloodstream. Edema is a common side effect of Lokelma.

Studies on the use of Lokelma for treating hyperkalemia

There are 4 published studies on the use of Lokelma for treating hyperkalemia in patients with mild hyperkalemia in CKD. On average, onset of action was around 1 hour and median time to achieving normal potassium was 2.2 hours. In addition, ~92% of patients showed normal potassium levels within 48 hours. The most common side effect was mild-to-moderate edema (~6% of patients) which was thought to be from the sodium component of Lokelma. The other most common side effect was GI upset including mild diarrhea, nausea, and abdominal cramping. Most patients tolerated the medication without issue.

One important caveat of these trials is that Lokelma was studied in patients with CKD with mild hyperkalemia. These studies did not include patients with ESRD or emergency department patients with acute elevations in potassium levels. In fact, these trials primarily focused on the exciting new idea that Lokelma could be used concomitantly with ARB/ACE-I for treating CKD patients. For instance, it has been known that ARB/ACE-I are renal protective and would be the ideal HTN medication in patients with CKD. However, their use in this CKD population is limited by their hyperkalemia side effect. With Lokelma, nephrologist could safely give ARB/ACE-I to these CKD patients along with daily Lokelma in long term use.

Below are descriptions of the 4 studies including links to the primary source.

Randomized 753 patients with CKD and hyperkalemia to Lokelma 2.5 g, 5 g, 10 g tid, or placebo for 48 hours. After achieving normokalemia, these patients were then randomized to receive Lokelma 5g, 10g, or placebo for 14 days. Again, this study excluded patients with K>6.5, EKG changes, patients requiring hospitalization, and patients receiving HD. These patients on average had K 5.3 mEq/L. The Lokelma 10-g group showed a mean reduction of 0.7 mEq/L vs. a 0.5 mEq/L reduction in both the 5-g and 2.5-g groups. The placebo group had a mean reduction 0.3 mEq/L. Again, this study showed improved rate of normokalemia in the Lokelma group vs. placebo in days 3-14.

751 patients with CKD received Lokelma 10 g tid for 24-72 hours. Once they achieved normokalemia, they were randomized to receive Lokelma 5-g qd for 12 months without any dietary or medication restrictions. Of the 751 patients, 746 (99%) achieved normokalemia during the first 72 hours. The mean starting potassium level was 5.5 mEq/L with 82% reaching normokalemia within 24 hours with mean reduction 0.72 mEq/L at 24 hours. However, the main objective of this trial was to observe the real-life compliance of Lokelma as well as to investigate if rates of ARB/ACE-I use increased while on Lokelma. Of these studied patients, 63% of patients completed the 12-month time period. 65% also used ARB/ACE-I with 87% of these patients able to continue or even have their dose increased while on the maintenance dose of Lokelma.

This was the first study of Lokelma in Humans. It was a Phase 2 trial that included 90 patients that were randomized to receive Lokelma 0.3 gram (12 pts), 3 gram (24 pts), and 10 grams (24 pts), or placebo (30 pts) tid. The 10-g group saw K levels decrease on average 0.92 mEq/L after 38 hours of treatment. This study also showed that Lokelma was relatively well tolerated.

How Effective is Neurovit Forte For Nerve Pain?