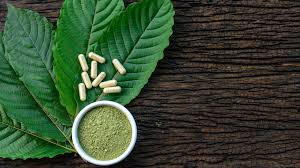 Kratom, a derivative of an Asian evergreen tree, that contains the stimulant mitragynine and narcotic 7-hydroxy mitragynine, is used by as many as 5 million people in the United States. The substance has been touted as an alternative approach to pain management. However, some have suggested it shares many of the harmful effects associated with opioid use and that some products made from kratom are contaminated with salmonella.

The latter of these concerns culminated in the historical development of April 3, when the FDA issued a mandatory recall for all food products containing powdered kratom manufactured, processed, packed, or held by Triangle Pharmanaturals LLC. The agency said it was the first-ever mandatory recall because a company failed to comply with the agency’s request to conduct a voluntary recall.

A few weeks later, he announced that a large number of kratom-containing dietary substances were recalled by a Missouri-based manufacturer and destroyed. He encouraged other companies that make products with kratom to remove them from the market and have them go through the FDA regulatory process. The agency has also accused a California-based company that produces kratom products of making “misleading statements about its compliance with FDA regulations.”

“To date, the FDA is not aware of any evidence of safety establishing that kratom (or any compounds derived from kratom) will reasonably be expected to be safe as a dietary ingredient,” the FDA stated in a press release.

“Additionally, kratom should not be used to treat any medical conditions, nor should it be used as an alternative to prescription opioids. There are currently no FDA-approved therapeutic uses of kratom and importantly, the FDA has evidence to show that there are significant safety issues associated with its use,” the FDA added.

The CDC has also expressed concerns about kratom, advising that it not be consumed in any form due to the substance being the “likely source” of at least 132 cases of salmonella across 38 states.

“People should talk to their health care provider before taking any supplement, especially if they are in a group more likely to get a severe Salmonella infection,” the agency said.

A report in the American Journal of Emergency Medicine found tachycardia, altered mental status, seizure, agitation, and central nervous system depression were the clinical effects reported in kratom-related calls to a regional poison center from Jan. 1, 2002, to Nov. 30, 2016.

CDC researchers looked at calls made to poison centers nationwide and determined that 660 were made from January 2010 to December 2015. “Isolated” kratom exposure was linked to 428 of the calls, with the others reporting the kratom had been combined with acetaminophen, benzodiazepines, other botanicals, and narcotics. The report, which appeared in MMWR, also indicated that 49 of the calls were linked to patients that had resulted in life-threatening signs or symptoms, and one person who took kratom along with paroxetine and lamotrigine died. CDC researchers also found kratom exposure linked to signs of agitation or irritability, drowsiness, nausea, hypertension, and tachycardia.

Other research shows that even patients who use kratom in an attempt to break themselves from their opioid addiction face potential medical problems.

A case report in a 2008 issue of Addiction authored by Edward W. Boyer, MD, of the division of medical toxicology at the University of Massachusetts Medical School, and colleagues, detailed how a 43-year-old man admitted for evaluation of a generalized tonic-clonic seizure who had also said he would inject 10 mg hydromorphone a day from crushed pills subcutaneously to manage the pain caused by his thoracic outlet syndrome. When that treatment was not available, these authors wrote, he managed opioid withdrawal with kratom purchased from internet vendors, eventually spending $15,000 a year on the substance.

Has Kratom Be Banned?

According to the National Institute for drug Abuse, Kratom is not currently an illegal substance and has been easy to order on the internet. It is sometimes sold as a green powder in packets labeled “not for human consumption.” It is also sometimes sold as an extract or gum.

What is its legal status?

According to the DEA, Kratom is not controlled under the Controlled Substances Act; however, there may be some state regulations or prohibitions against the possession and use of kratom. The FDA has not approved Kratom for any medical use. In addition, DEA has listed kratom as a Drug and Chemical of Concern. 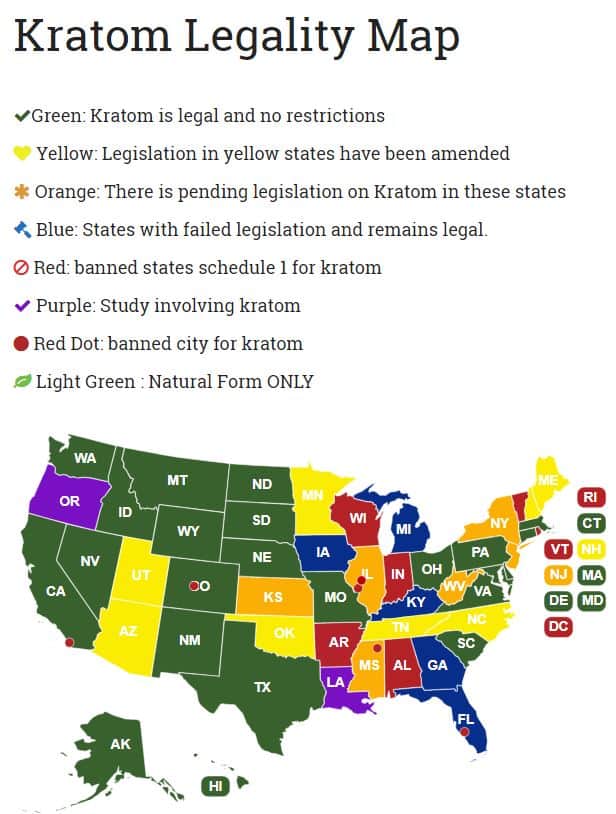 Find the DEA’s revised and updated drug fact sheet about kratom- what it is and its origins, what are the common street names for it, what it looks like, how it is abused, what its effect is on the minds and bodies of users including signs of overdose, and its legal status below