How Kratom Can Help in Major Depressive Disorder 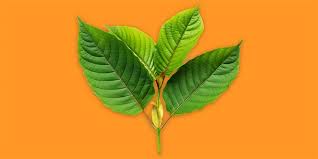 When speaking about mental health and psychological disorders, there are two types of people. One who suffocate you with their over-concern and the other who uses it as ‘an adjective’ for example, a depressed girl, an anorexic boy, the bipolar classmate, etc. The word ‘depression’ is often used to describe the feeling of sadness and sorrow. But sometimes, we can only understand the meaning of something by its opposite. In this instance(and I quote), the opposite of depression is not happiness – it’s vitality.

It is not untrue to say that even in the 21st century, the stigma regarding mental health still exists. Even when majority of the population is suffering from some kind of mental disorder, there are not many people who truly understand it. ‘Major Depressive Disorder’ is the medical term used to diagnose people with depression. It affects the way a person feels, thinks, behaves and leads to various emotional as well as physical problems.

Doctors consider depression as one of the most dangerous and deadly diseases. The reason behind it is simple; it can lead a person to even suicide.

Here is a brief overview about major depressive disorder.

The brain stays a mystery to this day and not much is known about its working and capabilities. The exact causes of psychological diseases, including MDD are not clear however certain factors were observed in patients such as physical changes in brain, the changes in functions and effects of neurotransmitters and abnormal production of different types of hormones also causes depression. Moreover, people whose blood relatives suffered from depression are more likely to develop this disorder. In addition, certain factors also increase the risk of developing MDD, such as:

The symptoms of MDD covers the whole spectrum of negative emotions, such as sadness, tearfulness, hopelessness, emptiness, irritability, frustration, stress, anger, lack of interest, loss of motivation, tiredness, sleeping too much or sleeping too little, eating disorders, anxiety, restlessness, feelings of unworthiness, guilt over poor performance in school and disappointing your parents. All these emotions lead to self-harm and eventually, suicide.

The treatment of depression is different depending on each individual but medications and therapy are the most common methods of treating MDD. With medicinal treatments, there are two approaches: SSRIs and Herbals. Selective serotonin reuptake inhibitors (SSRIs) work by balancing neurotransmitters inside the brain. The herbal approach is Golden Monk Kratom.

There is an evergreen tree named as Mitragynaspeciosa which is a tropical tree found in different parts of South Asia like Thailand and Malaysia. Its leaves and extract contain an active ingredient Kratom also known as mitragynine is known to have medicinal properties. It is used as an alternative medicine for chronic pain and various other conditions.

Kratom is available in many forms like capsule, powder, gum and extract. Even though it is not an opioid still it has same effect due to its chemical structure.

Kratom for Depression and Anxiety

There is not much research conducted on Kratom yet neither scientistis sure of its effects on the mental condition of patient. According to a study conducted in 2017, the patients who have used Kratom for self-treatment have reported a significant reduction in the symptoms of depression and anxiety.

Another review was conducted on kratom in 2018 that concluded the use of kratom being helpful in mental health. People who have used kratom had significant enhancement in their moods and they had less anxiety symptoms. It was also stated that it is a better opioid substitute for people having its use disorder. It is believed that there are certain compounds present in the leaves that interact with the opioid receptors present in the brain.

It completely depends on dosage that a person takes but it is found that it has following effects on the user:

If low doses are taken of kratom, then it gives more energy to the user by acting as a stimulant. In case of moderate dose, it creates euphoric feelings. In case of high dose of kratom, it acts as a sedater.

Although it has some positive effects for treating depression, it is always recommended never to take it without consulting your doctor first. This way you can avoid its bad effects. ALSO SEE: Does Kratom Show Up On A Drug Test?