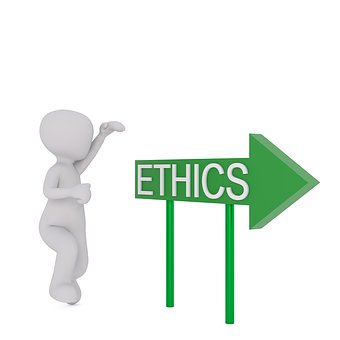 What is Public Health Ethics?

Public Health Ethics refers to a system of moral principles that apply values to the practice of public health and scientific research in public health including community medicine. In practice, ethics allow for people, regardless of their race, gender, or religion to be guaranteed quality and principled care. Medical ethics is based on a set of values that public health professionals and other health practitioners can refer to in the case of any confusion or conflict. These values include the principles of non – maleficence, beneficence, respect for autonomy, and justice.

The Nuffield Bioethics Council 2007 and several other seasoned scholars have identified a number of general moral considerations that includes:

Public health activities and programs routinely brings some of these moral considerations into conflict. One important area concerns the power of public health as an agent of the state to restrict individual choice in efforts to promote health and prevent diseases. While many public health activities try to influence individual actions, in a less restrictive way the impact of certain public health policies may completely eliminate choice altogether, a typical example is the compulsory quarantine of patients with infectious diseases such as Ebola or Lassa fever, another example of restriction of choice is the banning of smoking in some public places.

The major objectives of Public health action is to influence human behavior that arguably does no harm to self and to others. In developed countries of the world chronic diseases account for the majority of deaths, and personal behaviors account for a significant cause of their onset and progression. Current research and action in public health seeks to change behaviors whose consequential effects are felt primarily by those who engage in them.

What are the Types of Paternalism Healthcare?

Soft Paternalism: Under this form of paternalism, action can only be justified when an action to be committed is involuntary.

Hard paternalism: Under this form of paternalism, action can only be justified when an action to be committed is voluntary.

Hard Paternalism Example: An example of hard paternalism is forcefully preventing a man who knows a bridge is damaged from crossing the bridge and committing suicide.

Pure paternalism: Under this form of paternalism a person or group of persons have their freedom or autonomy restricted due to their being protected.

Impure paternalism: Under this form of paternalism a person or group of persons have their freedom or autonomy violated and are not just the persons being protected.

Moral paternalism: Under this system paternalism is justified to promote the moral well-being of a person or group of persons even if their welfare wouldn’t improve.

Moral paternalism Examples: An example of moral paternalism is preventing a man or woman from prostitution even if they make a decent living from the action and they practice safe sex.

What constitutes a fair distribution of health?

The most important question in the allocation of scarce resource for health is often how to balance the objective of achieving maximum health benefits against genuine concerns relating fairness of the distribution of health. Systematic analysis of social justice and health equity have thrown up a number of basic but important questions, which includes the following:

It is vital to note that, while the utilitarian goal aims to maximize aggregate health, the distributive goals principal objective is to produce a fair distribution of health even though health policies and public health activities tend to produce more health improvement and reduce health inequalities, health initiatives can often reproduce or exacerbate health disparities because individuals who are better  off people tend to benefit sooner and disproportionately from most health promotion interventions. The systematic distribution of health in a fair and equitable manner involves two major approaches.

Distributional objectives are not included into standard cost effectiveness analysis, such goals can easily be accommodated within this approach by attaching distributional weights to health outcomes. This method just as the inequality adjustment approach, will produce an overall measure of goodness that represents both the concern for a fair distribution of health (equity) and the concern for aggregate health (efficiency).

What is participation in health?

Participation in health is defined as a collaborative process that equitably engages members of the community, organizational representatives, researchers, among others in knowledge creation and social change.  In practice, such processes produce more equitable and effective outcomes and may also protect non-dominant communities, cultures and tribes from health interventions that will marginalize, stigmatize or place them in a further disadvantaged position.

As a health personnel there are times you will have to deal with issues related to preventative health measures or interventions that provide little or no benefit to the individual, yet provide substantial or valuable collective benefit to the public’s health.

A typical example being immunization. When most of the people in a community are vaccinated, those who did not receive the vaccines are also protected from the contagious disease due to the lower risk of an outbreak. This is referred to as herd or community immunity. If a patient refuses a legally required immunization in locations where it is mandatory to be immunized either due to personal, religious or cultural beliefs the best and most effective response is to maintain a therapeutic alliance with a child’s parent and gently move in a direction to douse their fears and address their concerns about vaccination by promoting the importance and safety of vaccination.

However, If not legally required, a duly filled informed refusal form, expressing compelling personal, cultural or religious beliefs, may be respected. Vaccination refusal is very common in northern Nigeria, this has exacerbated the polio epidemic and resulted in the eventual return of the wild polio virus after 2 year absence.

How Should Communicable Diseases Be Reported To Public Health Authorities?

Each country or state has specific protocols and or guidelines that identify specific diseases with public health implications, such as communicable diseases, which require mandatory reporting. If you are uncertain whether reporting is required or not it is often advised that you contact the local public health authority for clarifications and further guidance. Beyond this statutory or legal requirement lies the ethical question of when it is justified to potentially break the code of confidentiality to protect the public’s interest or health.

It is ethically justified and morally correct to disclose a diagnosis to public health authorities if the potential risk to the general public has the following characteristics:

What Is The Function Of Public Health?