Is Cetaphil Good For Your Skin? 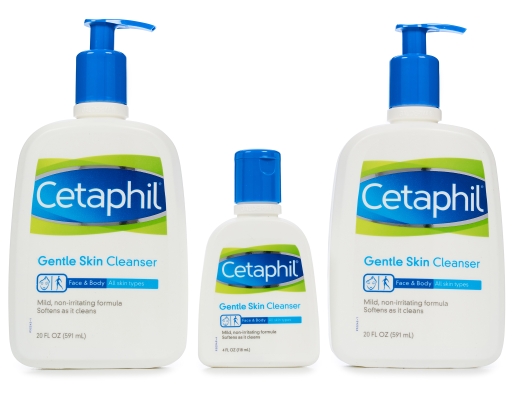 The manufacturers claim that their dermatologically tested skin care range with products for the face and body has healthy skin at its heart and is trusted and recommended by dermatologists and health and beauty insiders around the world. According to skincare enthusiasts, their global best-selling Gentle Skin Cleanser is often given ‘cult skincare’ status in the health and beauty press and has helped people with dry or sensitive skin to reveal healthier-looking skin.

Is Cetaphil Good For Your Skin?

There have been numerous controversies surrounding cosmetic products and increased cancer risk. Such controversies include associations between parabens and breast cancer, hair dyes and hematologic malignancies, and talc powders and ovarian cancer.

In recent times, new concerns are being raised about Cetaphil and the likely side effects and long-term effects of some ingredients. The ingredients include 3 different parabens (known to cause endocrine disruption and linked to breast cancer), propylene glycol (increases chemical penetration into your skin and bloodstream), and sodium lauryl sulfate (known to cause skin irritation). Additionally, ethylene oxide is often added to sodium lauryl sulfate in order to make the chemical less irritating to skin and hair. This process creates a byproduct called 1,4-dioxane, a known carcinogen. Exposure can be toxic to the brain, liver, and kidneys.

The U.S. EPA has classified 1,4-dioxane as a likely human carcinogen. Low-level exposure to 1,4-dioxane over a person’s lifetime can increase the risk of cancer. Higher exposures over a shorter amount of time can damage cells in the liver, kidney, and respiratory system.

Think about it, if you wash your face twice a day, over 10 years you are applying these controversial chemicals to your skin 7,300 times. That’s also just your face wash, think of the other products you use throughout the day. Makeup, shampoo, body wash, moisturizer. It all starts to add up really fast. The laws governing cosmetics and personal care products are so limited that known cancer-causing chemicals, or carcinogens, are legally allowed in personal care products. Some carcinogens, such as formaldehyde and formaldehyde-releasing preservatives, are common in personal care products, while others are less common, but still occasionally present.

How can you avoid carcinogens in cosmetics?

Where do we find those known human carcinogenic chemicals?

The International Agency for Research on Cancer (IARC) is an intergovernmental agency, and part of the World Health Organization. IARC’s mission is to enhance collaboration in cancer research internationally. IARC consolidates scientific evidence and classifies the chemicals it reviews into five levels.

Group 2A: Probably carcinogenic to humans

Group 2B: Possibly carcinogenic to humans

Group 3: Not classifiable as to their carcinogenicity to humans

Group 4: Probably not carcinogenic to humans.

Of the 113 agents listed by IARC as known human carcinogens (Groups 1), at least 11 have been or are currently used in personal care products: formaldehyde, phenacetin, coal tar, benzene, untreated or mildly treated mineral oils, methylene glycol, ethylene oxide, chromium, cadmium and its compounds, arsenic, and crystalline silica or quartz.

Do cosmetics cause health problems?

According to the American Cancer Society, cosmetics can cause health problems in some people, such as skin or eye irritation or allergic reactions. These types of problems are usually short-term and go away if the use of the product is stopped.

Whether cosmetics or certain ingredients in them cause more subtle or long-term health problems is not entirely clear. Uncertainty exists because many products and ingredients have not been tested thoroughly. Even when ingredients in cosmetics have been tested, the results may not always be simple or clear-cut. For example, some ingredients in cosmetics have been found to be toxic in large amounts (or at high concentrations). But the amounts of these ingredients used in cosmetics are typically much lower than what caused ill effects in studies. Plus the way the ingredient is used in a cosmetic may be different from how it was used in the tests. Also, there is often little information about what ingredients are absorbed into the body (and how much they are absorbed) when applied to the skin during actual product use. For these reasons, the ingredient may not cause the same problems in actual use in a cosmetic. SEE: Skin Cancer in Australia Compared To Other Countries

How to Spot Fake Cetaphil Baby Wash Vs Original