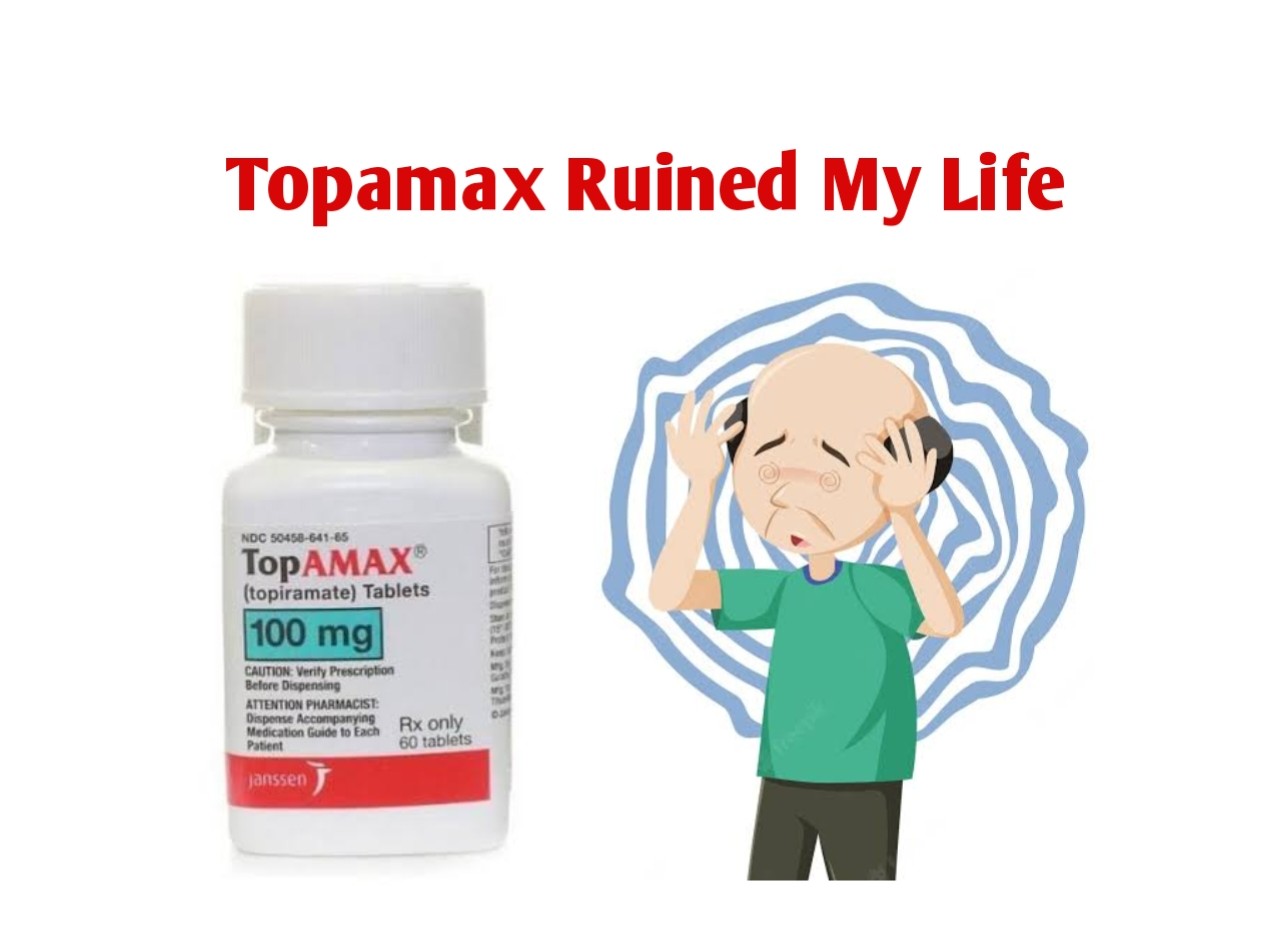 Topamax is a brand of topiramate used under certain circumstances to:

Topamax was originally FDA-approved as a seizure medicine, also called an anticonvulsant. Topiramate is used to treat seizures in adults and children who are at least 2 years old.

Topamax is also used with other medicines to treat certain types of seizures (partial-onset seizures, primary generalized tonic-clonic seizures, and seizures associated with Lennox-Gastaut syndrome) in adults and children 2 years and older.

Despite the benefits of Topamax, it can cause severe side effects and many claim Topamax ruined their lives. In this article, we shall be sharing the stories of many patients whose experience with Topamax almost ruined their lives.

Many people want to know what to expect when starting Topamax because of the many unpleasant experiences others have had with the drug. The impact of Topamax and female hormones, as well as the long-term side effects of Topamax are among the many things to consider before starting the drug.

Dreamy B shared her experience with the medication like this  “I would 100% advise against taking this drug. I was prescribed Topimirate by my neurologist when I was 17 as a means of migraine prevention and it made me so horrendously ill. Along with nausea and severe dizziness, I lost my muscle coordination and memory. I could barely walk up a flight of stairs without falling over myself. As I was in my final year of school, I was sitting exams at the time while trialling this drug. I had an upcoming piano exam but was unable to take it because I had completely forgotten how to play due to my muscle coordination and memory being so severely impaired. I never suffered with vestibular migraines until I took this drug. It has left me with lasting side effects such as vertigo which can never be reversed. Dangerous drug when it reacts badly with the recipient”

Bime wrote “Used topiramate for 4 days and it was a nightmare. I didn’t sleep well (even a week after I stopped my sleep is still not good). I felt extremely down (a lot worse), and had really dark thoughts every day. I couldn’t stop eating sugar even if I was not hungry (like an alcoholic feels like with alcohol). I couldn’t go out, I was extremely irritable, and grumpy, even my clothes were bugging me. It completely stopped my menses (it’s not back to normal yet). I will never touch this drug again and I don’t recommend it.”

Sunny said “This drug almost killed me within the last four months that I have been on it after taking it for five years, and in my own personal opinion, it should be taken off the market!!! I have suffered from extreme soreness in my stomach, extreme exhaustion where I was sleeping almost all the time from being exhausted, dizzy, irritable, lightheaded, very hot hands and feet, swollen throughout my whole body, extremely agitated and angry (which is out of my true character, as i’m normally quite positive and happy) and I was waking up in the middle of the night with a horrible “quiver” in my throat that felt like oxygen was being cut off until I sat up and calmed down until it passed. THIS DRUG SHOULD BE BANNED!!!!!! IT’S POISON!!!”

Casey bared her mind like this “While on Topamax, I lost my ability to think straight. I couldn’t process things the same way. I couldn’t even finish my sentences. I would start talking and would forget the words that came next. My friends and family would have to help me finish my sentences. After getting off the medicine, I could finally finish my thoughts again. However, I feel like I still cannot learn as easily as I did before I got on the medicine. I think it changed my brain processing capability. I have talked to a friend who had the exact same problem on this medicine. I would not recommend it unless you actually cannot live without it.” 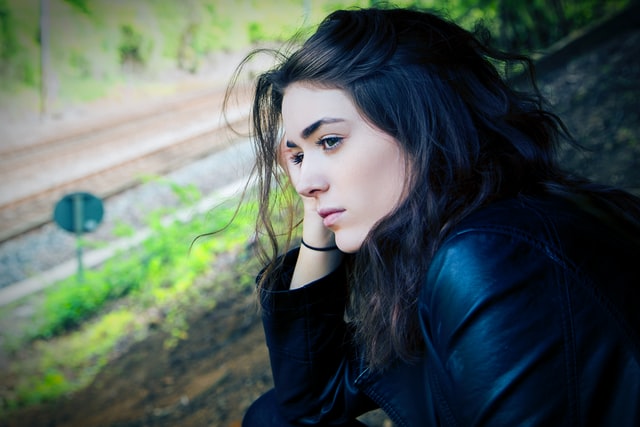 Pae wrote “My Neuro started me on Topamax 25mg once daily for severe migraines. Within a few days, I was having severe irritability, anger with ‘out of character’ cursing (I cussed out a store clerk, a doctor’s office receptionist, and my best friend), severe Labile mood changes, and a suicidal threat all within 7 days of my 1st dose! I quickly stopped the medication when I realized my symptoms were side effects of the Topamax! It was very dangerous for me and scared me!”

“Topirimate nearly killed me! I was put on it by a psychiatrist who never saw me again after prescribing it. I suffered severe weight loss and lack of appetite- I went from a healthy size 10 to 48 kg and was almost size zero. After discontinuing topiramate I began having bulimia symptoms and am sure I would have starved to death if I wasn’t taken off it. It did not help my depression or other bipolar symptoms. It made me not able to empty my bladder properly resulting in kidney stones and severe urine infection. I would urge anyone considering taking this drug to do your research into physically devastating side effects carefully and only do so with regular monitoring by a psychiatrist and not for it to be left to GP to monitor.”

“Absolutely the worst drug I have ever taken. Caused me to feel like I had taken acid or was on an LSD trip. Strong lingering effects even 4 days after taking one dose. Significant issues with cognitive ability, change in taste, balance, drowsiness, disorientation, nausea, tingling in hands and legs, and numb lips. Inability to think and caused hallucinations. Hospitalized 4 days post medication to administer DHE to counteract this drug. DO NOT TAKE this medication. No warnings on the prescription. Asked the pharmacist if this would cause drowsiness, slow my mental function or have any adverse effects and he informed me that 200 mg was a low dose and I would have no adverse side effects. Based on my research since taking the drug, this is NOT accurate”

Like most drugs, Topamax may cause mild and serious side effects. The lists below describe some of the more common side effects that topiramate oral tablets may cause. These lists don’t include all possible side effects.

Keep in mind that side effects of Topamax depend on:

Your doctor or pharmacist can tell you more about the potential side effects of Topamax. They can also suggest ways to help reduce side effects.

Here’s a short list of some of the mild side effects that Topamax can cause. To learn about other mild side effects, talk with your doctor or pharmacist, or read topiramate oral tablet’s prescribing information.

Side effects might differ slightly between people with seizure disorders and people with migraine headaches. Mild side effects of Topamax that have been reported include:

Mild side effects of many drugs may go away within a few days or a couple of weeks. But if they become bothersome, talk with your doctor or pharmacist.

Serious side effects of Topamax that have been reported include:

Most side effects tend to wane as Topamax is flushed out of your system. However, if they persist discuss with your doctor or healthcare provider.

What Are the Long Term Side Effects Of Topamax?

How Gabapentin Ruined My Life & What I Did