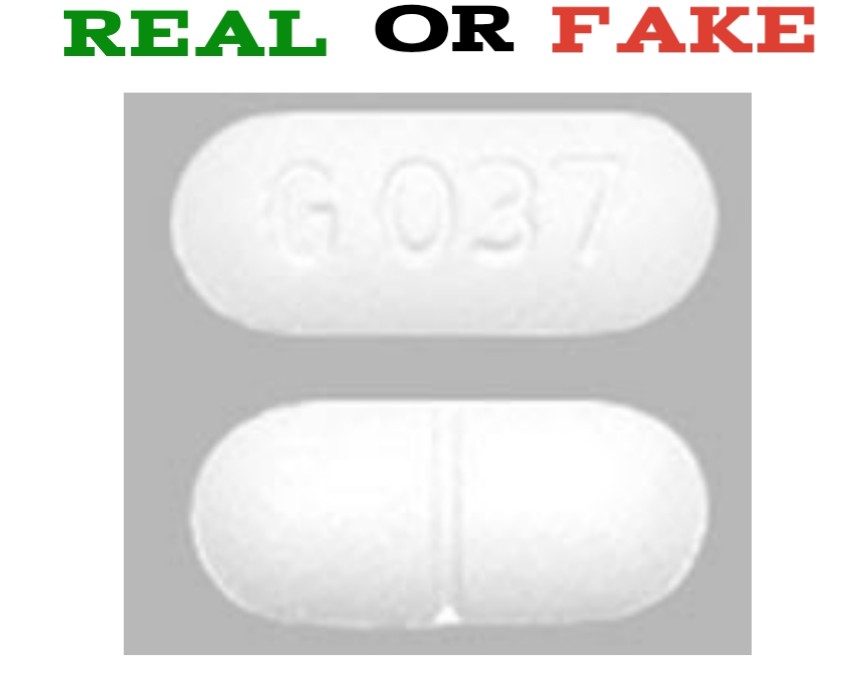 The original capsule-shape white pill with the imprint G 037 has been identified as Lortab 10/325 325 mg / 10 mg supplied by UCB, Inc. Lortab is used in the treatment of back pain; pain; cough and belongs to the drug class narcotic analgesic combinations.

Loratab is a combination pain medication containing hydrocodone bitartrate and acetaminophen, Some people sell fake Lortab on the streets, but it is important to know that anything sold as a pill is not truly Lortab because the pill form has been discontinued. It could be another brand name or generic product containing the same ingredients as Lortab (hydrocodone and acetaminophen), or it could be entirely fake, containing completely unknown ingredients. Anything purchased on the streets carries the risk of being fake or containing dangerous substances, so it is best to avoid buying illicit substances.

Why People Use Fake Lortab

When someone takes an opioid, it’s intended to change the way they perceive pain, and with the combination of acetaminophen, it can be a very effective treatment for moderate to severe pain following surgeries or injuries. Unfortunately, opioids also create a euphoric high, which is why they’re commonly abused and become addictive.

Opioids like Lortab can create a sense of euphoria, relaxation, well-being, and sedation, particularly when someone takes a high dose. That then creates a cycle of addiction, because your brain is wired to continue seeking out behaviors that bring you pleasure.

When someone abuses Lortab, even when they start out with a legitimate prescription, they’re at a greater risk of becoming addicted. That addiction can then lead them to try and find more of the drug, which can up the likelihood they purchase fake Lortab.

Many people hear warnings of fake pain pills and wonder what fake Lortab pills look like. Because the manufacturing of Lortab pills was discontinued, any tablets purchased as Lortab are either fake or long expired.

When Lortab pills were still being manufactured, they looked like white tablets with small colored flecks or solid pink tablets. Pills today that are being called Lortab may look similar to this, but even if they are real, they are well past their expiration date. Street dealers may try to make fake pills that look similar to old Lortab pills, but these may contain unknown fillers, stronger opioids, like fentanyl, or even poisonous substances. Purchasing anything from a street dealer is dangerous because you never know what is in the product.

Prince Rogers Nelson, an American musician and performer, who died of an accidental overdose on April 21, 2016, appears to have been a victim of the fentanyl-laced counterfeit pain pill epidemic sweeping the world. A story filed by the Minneapolis Star Tribune reports that “Pills marked as hydrocodone that were seized from Paisley Park after Prince’s overdose death actually contained fentanyl, the powerful opioid that killed him, according to a source with knowledge of the investigation.”

Fake Lortab may contain unknown fillers with no opioid activity or even poisonous substances. Also, fake Lortab may contain a stronger opioid than hydrocodone, like fentanyl. Methamphetamine or cocaine could be found in fake Lortab too. Sometimes counterfeit opioids are much cheaper to obtain or manufacture, which makes it even easier for dealers to distribute these products.

A consumer, may not have access to most of the test equipment used by regulatory bodies to verify the identity of a drug product but there are simple guidelines that can help identify a fake G 037

Check the G 037 Packaging: This is the simplest and the easiest method to check the authenticity of   G 037. Check the packaging for details like unusual fonts, print color, and missing logo. Analyze whether it appears the same or different from the one you have used before.

No Breakage in the Seal: A G 037 packet that comes with a security seal should not be damaged. Look for a crack or breaks in the sealing tape.

Check the G 037 Dosage Form: Look for dissimilarities in physical appearance of the drug like its color, size, uniformity, consistency, shape, etc.

Allergies / Unexpected Side Effects from using G 037: Most of the medicines including  G 037 have side effects. It is important to consult your doctor before the usage to keep a check on allergies arising from it. If you notice certain unexpected or harmful side effects from your medication, report to your doctor immediately.

Price of G 037: If the price of  a G 037 is suddenly far cheaper than the usual rate, double check the product as there may be a chance that the fake companies wanted to lure customers by providing medicines at much cheaper rates.

Verify Online or SMS: Many countries have unique methods for the verification of the genuineness of pills using authentication code or other online portals to confirm the authenticity of the G 037 being purchased.

Fentanyl Test: Using a simple fentanyl test strip can help determine whether your  G 037 is laced with the deadly fentanyl or not. SEE: How to Spot Fake U23 Pill