How To Spot Fake Colgate Toothpaste 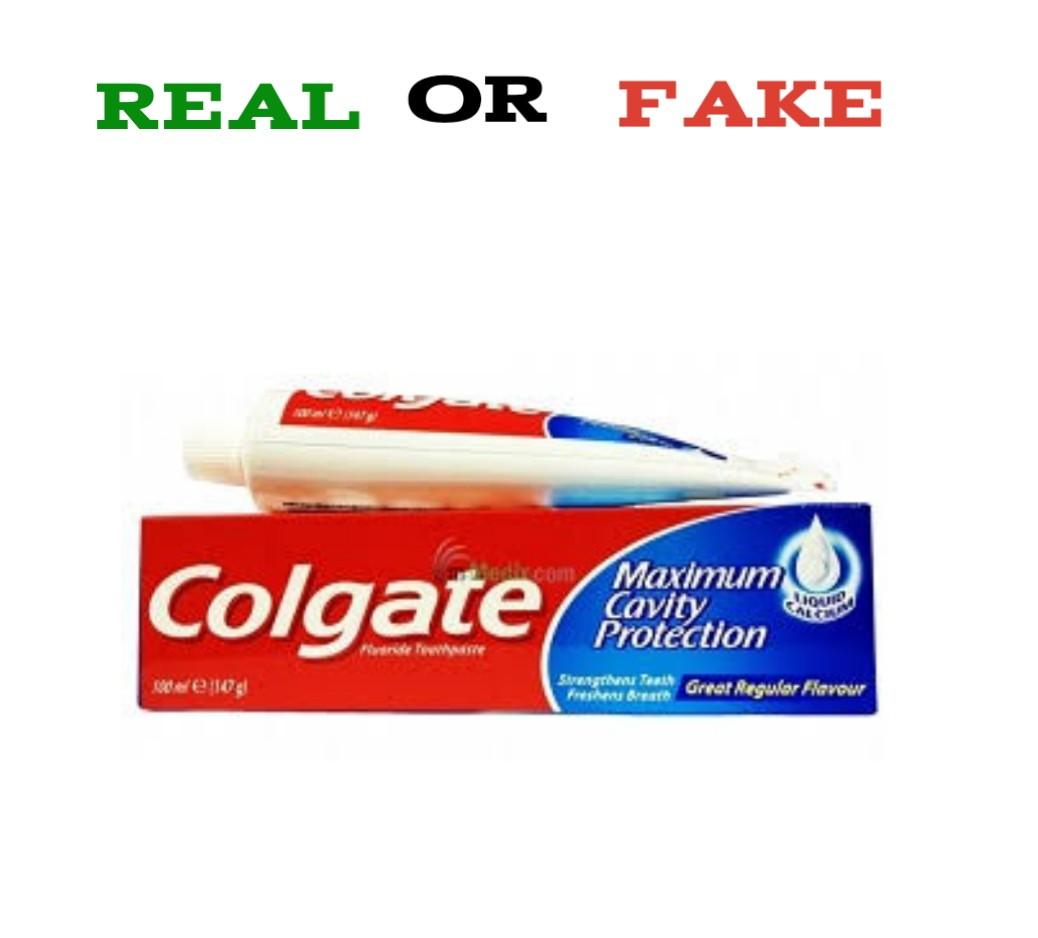 Colgate Toothpaste is manufactured by Colgate-Palmolive, an American company and are used principally for oral hygiene. Colgate oral hygiene products were first sold by the company in 1873, sixteen years after the death of the founder, William Colgate. The company originally sold soap.

Colgate toothpaste was sold in glass jars since 1873. Tubes, as pioneered by Kalodont, Johnson & Johnson (Zonweiss) and Sheffield, were introduced in 1896. Colgate became popular in the 1950s, with the slogan “It Cleans Your Breath While It Cleans Your Teeth”, written by copywriter Alicia Tobin.

Colgate-Palmolive has been plagued by counterfeiting for several years, and in 2013 was sued by a US woman who claimed using a counterfeit of one of its toothpastes damaged her health.

The judge in the case ruled that the company could not be held liable for the actions of a counterfeiter, although she was eventually awarded $95,000 in a settlement involving the importer and retailer of the fake toothpaste.

A fake toothpaste Colgate-Palmolive’s Triple Action brand found in stores in Panama City, David and Santiago had an expiry date of April 2022 with the lot number L9099CT1034, according to Panama’s Ministry of Health (MINSA). Counterfeit toothpaste discovered in Panama contains diethylene glycol (DEG), an ingredient responsible for poisoning hundreds of people in the country a few years ago.

Diethylene glycol (DEG) or (2-hydroxyethoxy)ethanol) is illegally used as counterfeit glycerin and sold as a component of toothpastes (Bogdanich and McLean 2007, Medsafe 2007). Glycerin and diethylene glycol are similar in appearance, smell and taste. DEG is a clear, practically odorless liquid with a sweetish taste, and is rapidly absorbed and distributed within the body when consumed. It is metabolized in the liver to 2-hydroxyethoxyacetic acid (HEAA), which damages the kidneys and nerves.

In Venezuela, Colgate-Palmolive Co CL.N is warning citizens not to buy fake versions of its toothpaste brands, leading local authorities to issue a health warning, as demand for imported products. The fake toothpaste had been imported from China, Mexico and Thailand and had the same color scheme and design as some of Colgate’s genuine brands available in Venezuela, the institute said. Colgate in its Monday statement said buyers could identify the genuine products because the text on the tube and box are in Spanish and show an official sanitary permit.

What symptoms may be associated with consuming Diethylene Glycol?

Consuming diethylene glycol in toothpastes could cause harm in some people, in particular, young children and those with liver or kidney disease. Its use at high doses in pharmaceuticals has been linked to a number of deaths. Symptoms associated with consuming diethylene glycol may include: nausea, vomiting, headache. Symptoms of moderate exposure include: lethargy, weakness, inebriation, severe gastrointestinal symptoms and low urine output. Severe exposure can lead to liver, blood and kidney disorders, seizure and coma.

How To Spot Fake Colgate Toothpaste

According to Colgate-Palmolive, all its toothpastes only have a two-year expiration date from the point of manufacture, so any product currently claiming a longer expiry will be counterfeit.

The fakes also have a “barely perceptible” minty taste unlike the genuine product, have an unusual viscous consistency and a strange odor and taste, it continues.

The tubes are made of a more rigid material, while the boxes are harder to open, with silicone sealed closures, and have a duller red color than usual. SEE: How to Choose The Best Toothpaste