How To Spot Fake Biogesic Paracetamol 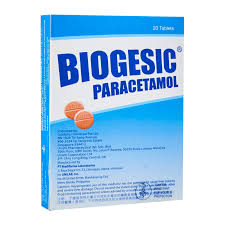 A counterfeit medication or a counterfeit drug is a medication or pharmaceutical item which is produced and sold with the intent to deceptively represent its origin, authenticity or effectiveness. Biogesic paracetamol is a non-narcotic analgesic-antipyretic preparation whose analgesic activity is independent of its antipyretic effect. Biogesic may be used in conditions where there may be either pain or fever alone, or where both pain and fever exist. Biogesic paracetamol is indicated in a wide variety of painful conditions including headache, dysmenorrhea, myalgias, neuralgias, rheumatism, arthritis, and other musculoskeletal disorders as well as in febrile conditions such as common colds, flu and other upper respiratory tract infections.

Treatment is mainly symptomatic and supportive and includes general physiologic supportive measures such as control of respiration and fluid and electrolyte therapy. If the drug has been recently ingested, induction of emesis with syrup of ipecac, or gastric aspiration and lavage should be performed. Acetylcysteine should be administered immediately if 24 hours or less have elapsed since the reported time of ingestion; results are optimal if acetylcysteine can be administered within 16 hours of ingestion, particularly within 8 hours of ingestion.

How To Spot Fake Biogesic Paracetamol

According to the FDA, the fake Biogesic paracetamol tablet’s color is darker than the authentic one. Due to this, the FDA warned the public against the purchase and use of the fake paracetamol as it poses potential danger or injury to consumers. Consumers are also reminded to purchase drug products only from licensed establishments. All establishments and outlets were also warned against the selling and or dispensing of the verified counterfeit drug product. 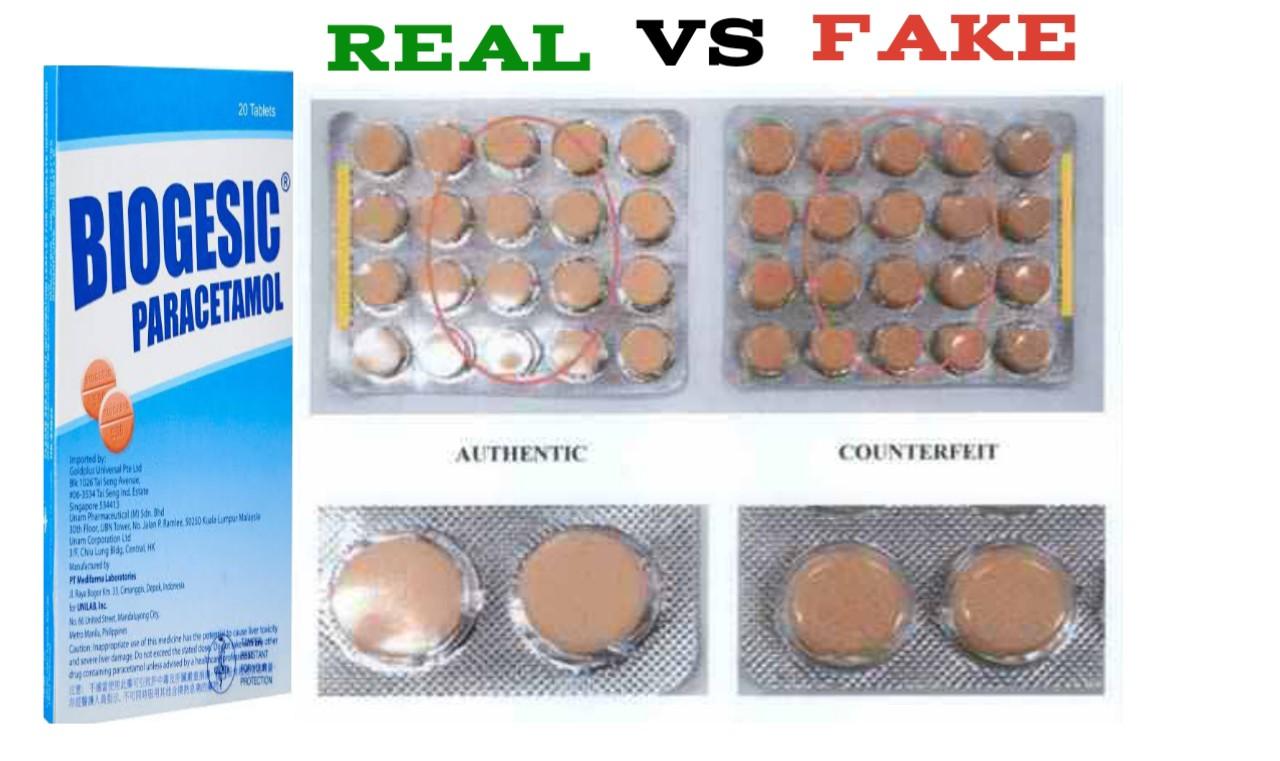 Studies have shown that fake and substandard drugs may contain toxic doses of dangerous ingredients and cause mass poisoning. Poor-quality medicines compromise the treatment of chronic and infectious diseases, causing disease progression, drug resistance, and death. Here is how to spot fake Biogesic paracetamol. 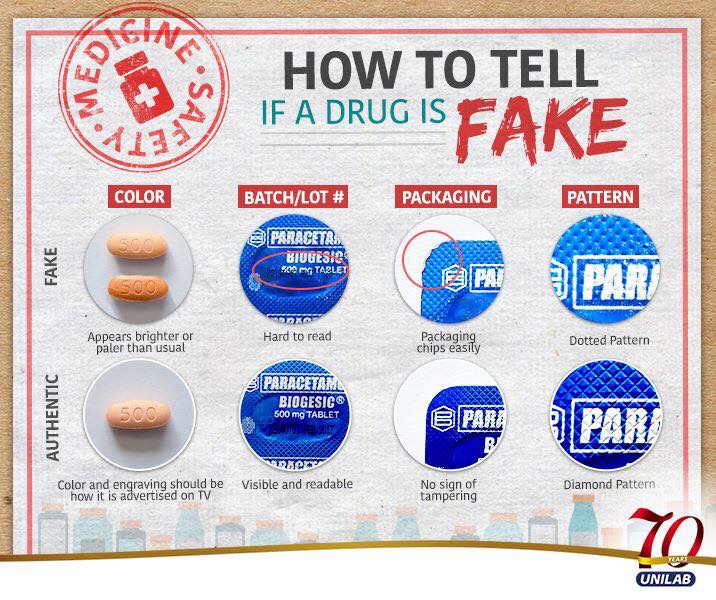 How To Spot 24k Goldzan Original Vs Fake