How To Spot Dr James Glutathione Fake And Original 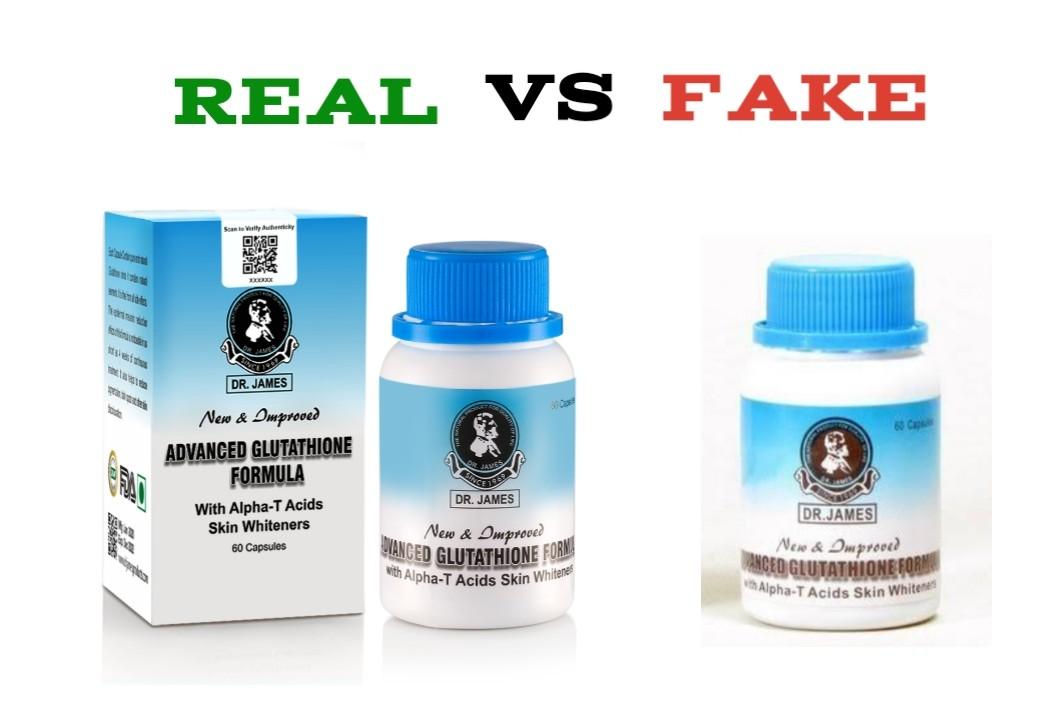 Dr. James GMP Glutathione is a skin whitening pill which contains 1000 mg of 100% natural pure glutathione along Alpha T-acids. Glutathione, one of the skin-whitening agents in cosmetic industries, is an antioxidant commonly found in the human body. Several in vitro experiments demonstrated that glutathione showed antimelanogenic effects; thus, it is associated with melanin production. It is known that glutathione may promote pheomelanin synthesis, inhibit intracellular melanogenic enzymes, and demonstrate antioxidative as well as antiaging effects.

Alpha-lipoic acid (ALA) is an organic compound made by mitochondria found in every cell in your body. ALA benefits for skin health are thought to come from its high antioxidant content. An antioxidant is a molecule that protects your cells from damage by donating electrons to potentially dangerous molecules called free radicals.

It’s thought that ALA can have anti-aging benefits due to its strong antioxidant benefits that protect from sun damage and stress caused by pollution and other environmental factors. A 2011 review of studies concluded that ALA has the potential to be a powerful anti-aging agent when used appropriately. However, until more research is done, it’s unclear how significant ALA’s effects are.

There is not enough scientific evidence to determine the proper dose when taking a GSH supplement, and some suggests that supplementing with NAC may be more effective. Various doses have been studied in research investigating specific medical conditions. The proper dose for you may depend on several factors, including your age, gender, and medical history. Nevertheless the makers of this product recommend the daily intake of one capsule after breakfast & one capsule while going to bed. Along with vitamin C 2000 mg separately. Since vitamin C is important for the absorption of glutathione in the body which promotes collagen-production and improves appearance of skin.

Supplements are regulated by the Food and Drug Administration’s Center for Food Safety and Applied Nutrition, under the Dietary Supplement Health and Education Act of 1994, or DSHEA, which classifies dietary supplements as a special category of food.

Most of the things which are expensive yet trendy are prone to get copied and sold on the black market. The darker side is there is a hike in the production and sales of fake supplements in developing countries. But US research suggests such supplements have caused “acute liver injury” in some people who took them regularly. And US government advice suggests they have “little or no effect”.

The best way for consumers to protect themselves is to ensure that they’re purchasing a quality supplement that has a verified mark like USP. And that’s really important given the size and diversity of the products and ingredients and the rapid pace with which new dietary supplements are introduced into the market.

It’s also advisable for consumers to purchase the supplements from reputable outlets, whether it’s a retail store or the Internet. Because if you’re dealing with a reputable retailer, they’re going to be taking the necessary precautions to ensure that the products that they’re selling on their shelves are of good quality. Here are 8 ways you can identify fake Dr. James GMP Glutathione from the original ones

Real Dr. James GMP Glutathione comes with a QR code to verify authenticity. Most popular brands have a 3D hologram which is difficult to forge. Check how the original supplier hologram looks like from their website.

Some company provides online services for verifying Lot number and in some, you can call their customer service center and tell them your lot number check the authenticity of your product the fake ones would have the incorrect lot no.

How To Spot Fake Cellgevity Vs Original