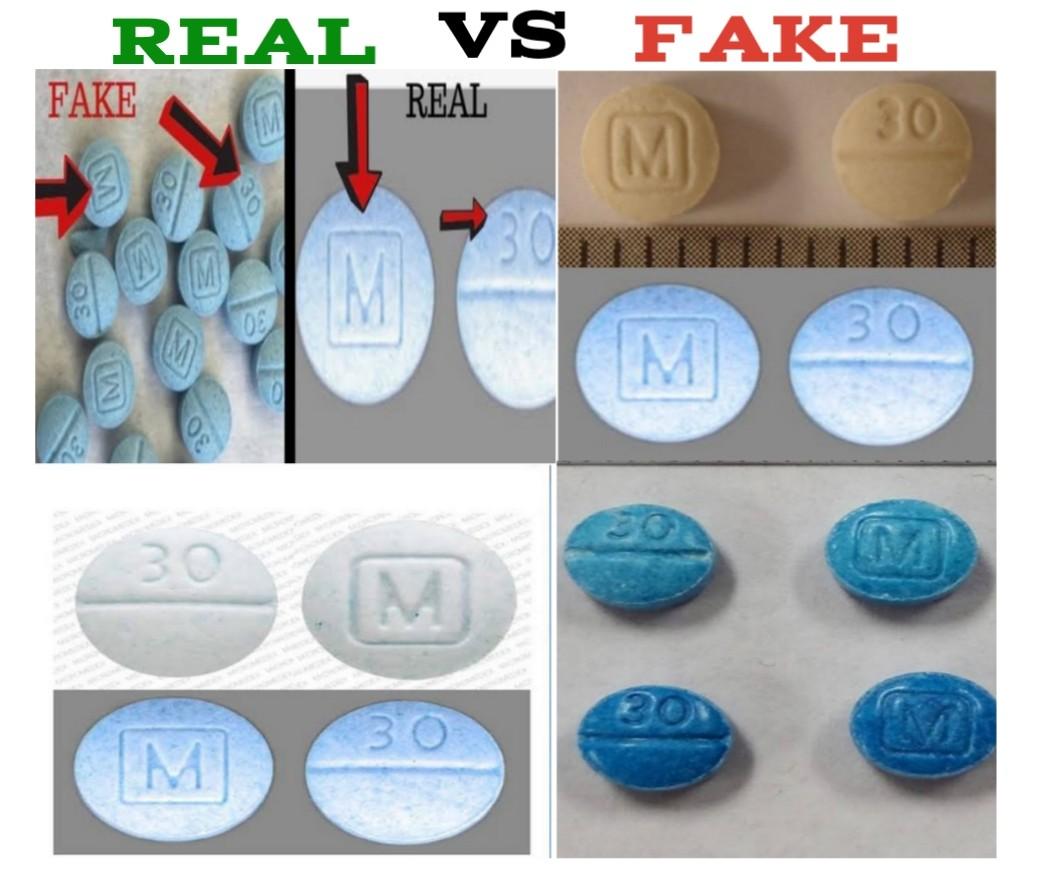 The light round blue pill with the imprint M 30 contains Oxycodone Hydrochloride 30 mg. It is supplied by Mallinckrodt Pharmaceuticals. Oxycodone 30 mg is classified as a Schedule 2 controlled substance under the Controlled Substance Act (CSA), meaning it’s only available by prescription and may be associated with the risk of addiction or dependence developing. It’s used to treat a variety of types of pain, ranging from moderate to severe and acute to chronic. The substance must be prescribed carefully, and people who take it should only do so following the guidance of their physician.

In their latest report on fake online pharmacies that ply their trade in the United States, the National Association of Boards of Pharmacy (NABP) found more than 1,500 new websites that it considers “Not Recommended,” and of these, 31% are offering illicit prescription drugs, such as fentanyl. Falsified medicines are often the business of criminal cartels. Fentanyl laced pills are responsible for most overdose deaths involving drugs that triggers highs. Fentanyl is a powerful synthetic opioid that is similar to morphine but is 50 to 100 times more potent.

According to the DEA, the most common counterfeit pill found in Minnesota is an illicit substitute for oxycodone, known as M30’s for its markings. Forensic drug analysis has recently confirmed the first known instance of heroin in tablet form in New Jersey. These counterfeit prescription drugs could lead to more opiate overdoses and deaths. For example, Fentanyl has been the cause of increasing overdose deaths in Ohio. In Franklin County next to Fairfield, the county coroner reported a nearly 75% increase in overdose deaths in just six months.

How to Spot Blue M 30 Pill Fake Vs Real

A consumer, may not have access to most of the test equipment used by regulatory bodies to verify the identity of a drug product but there are simple guidelines that can help identify a M 30 pill fake vs real, fake perc 30s, fake m30 pills, fake oxy 30 and fake oxycodone 30mg.

Check the M 30 pill Packaging: This is the simplest and the easiest method to check the authenticity of  M 30 pill. Check the packaging for details like unusual fonts, print color, and missing logo. Analyze whether it appears the same or different from the one you have used before.

No Breakage in the Seal: An M 30pill packet that comes with a security seal should not be damaged. Look for a crack or breaks in the sealing tape.

Check the M 30 Pill Dosage Form: Look for dissimilarities in physical appearance of the drug like its color, size, uniformity, consistency, shape, etc.

Allergies / Unexpected Side Effects from using M 30 Pill: Most of the medicines including  M 30 have side effects. It is important to consult your doctor before the usage to keep a check on allergies arising from it. If you notice certain unexpected or harmful side effects from your medication, report to your doctor immediately.

Price of M 30: If the price of  an M 30pill is suddenly far cheaper than the usual rate, double check the product as there may be a chance that the fake companies wanted to lure customers by providing medicines at much cheaper rates.

Verify Online or SMS: Many countries have unique methods for the verification of the genuineness of pills using authentication code or other online portals to confirm the authenticity of the M 30 pill being purchased.

Fentanyl Test: Using a simple fentanyl test strip can help determine whether your  M 30 pill is laced with the deadly fentanyl or not. SEE: How to Spot Fake U23 Pill

The real light round blue M 30 pill manufactured by Mallinckrodt Pharmaceuticals, an American-Irish domiciled manufacturer of specialty pharmaceuticals and generic drugs should not have a vinegar smell. Sometimes, counterfeit pills may have a vinegar smell, particularly if they’re made with heroin, or they might have a bitter taste, although performing a taste test on an unknown pill can be very dangerous. Unfortunately, many forms of illicit fentanyl don’t necessarily have a specific taste, color or odor, which makes it extremely difficult to identify whether or not you’re taking it. Your best bet is to use a fentanyl strip.