How To Prevent Root Canal Procedure 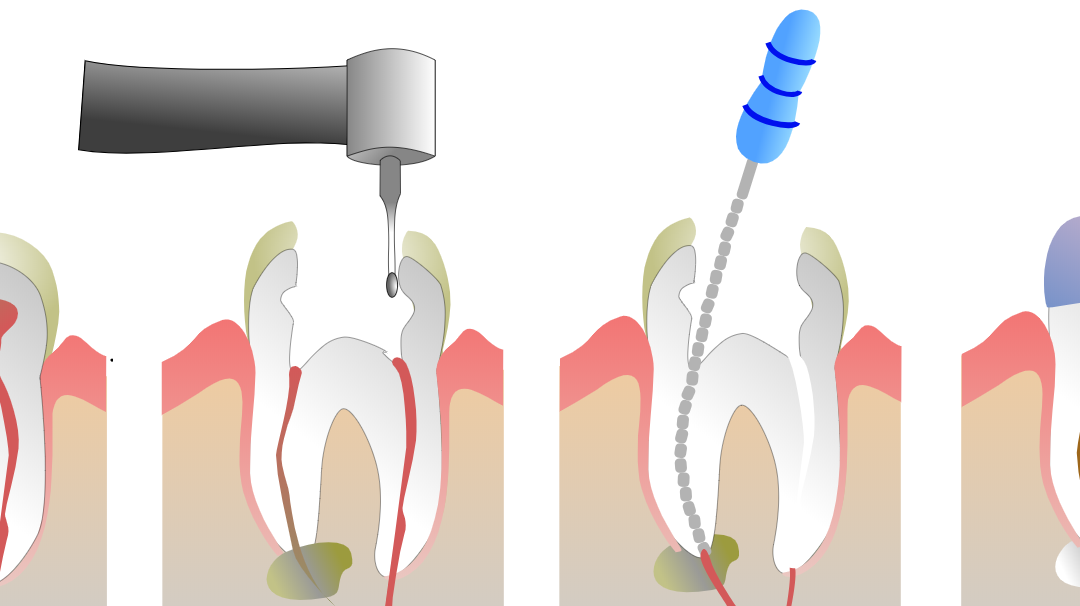 A root canal is a dental procedure involving the removal of the soft center of the tooth, the pulp. The pulp is made up of nerves, connective tissue, and blood vessels that help the tooth grow. In the majority of cases, a general dentist or endodontist will perform a root canal while you’re under local anesthesia.

According to a recently conducted survey  around  (59%)  of people are afraid of getting a root canal than speaking in public (57%), spiders (55%) or being trapped in an elevator (54%). The October 2019 survey of 1,000 U.S. adults also found that when given the option of a root canal or another activity:

A root canal is needed when the nerve of the tooth is damaged when penetrating bacteria interrupt its blood supply and cause inflammation and infection. This usually occurs when a large cavity exposes the nerve in the center of a tooth to contaminants. That’s when most people experience pain.

Here are few things you need to know about root canal procedure:

Not all teeth that need root canals hurt. Around  40 percent of the time a nerve dies in a tooth without its owner’s awareness until a dentist obtains radiographs and performs diagnostic testing. The presence of a ‘dead nerve’ and bacteria inside the tooth causes different symptoms in different patients, so pain doesn’t always signal the need for a root canal.

Post root-canal concerns. Whenever endodontists perform a root canal, they access the infected tooth’s interior through the chewing surface to clean out the decay and bacteria. After this treatment, a crown is placed to protect the tooth from fracture or leakage. The mouth is a hostile environment because of the chewing forces placed on teeth and their regular exposure to temperature and chemical variation.

What if an infected tooth is not treated?

A compromised tooth can be asymptomatic for some time. Just because a patient isn’t experiencing pain today doesn’t mean there will be no pain tomorrow. An infected tooth can cause bone loss in the mouth, can lead to pain and swelling or, in extreme cases, to a patient’s hospitalization from infection that becomes systemic.

How To Avoid A Root Canal Procedure

The best way to prevent a root canal procedure is to avoid getting a cavity because  a root canal is usually needed when a deep cavity reaches the nerve. Although good oral hygiene improves the odds, even optimal preventive maintenance does not guarantee anyone freedom from cavities.

However, once a cavity has penetrated the dentin, you won’t be able to get rid of it at home. The following home remedies might help prevent cavities or treat “pre-cavities” by remineralizing weakened areas of your enamel before a cavity develops and:

Vitamin D:  is important to help absorb calcium and phosphate from the food you eat. Studies show an inverse relationship between eating foods high in vitamin D and calcium, like yogurt, and cavities in young children. You can get vitamin D from dairy products, like milk and yogurt. You can also get vitamin D from the sun.More recent research has challenged how vitamin D can affect dental health.

Avoid Sugary Food: This is the cavity remedy that no one likes to hear — stop eating so much sugar. The World Health Organization says that eating sugar is the most important risk factor for cavities. They recommend reducing your sugar intake to less than 10 percent of your total caloric intake for the day. If you’re going to eat sugar, try not to snack on sugary foods throughout the day. Once the sugar is gone, your enamel has a chance to remineralize. But if you are constantly eating sugar, your teeth don’t get the chance to remineralize.

Oil pulling: is an ancient practice that involves swishing around an oil, like sesame or coconut, in your mouth for about 20 minutes, then spitting it out, this is one of the ways to prevent a root canal naturally. Claims that oil pulling “removes toxins” from the body aren’t backed up by evidence. But a small, triple-blind, placebo-controlled clinical trial showed that oil pulling with sesame oil reduces plaque, gingivitis, and the number of bacteria in the mouth just as effectively as chlorhexidine mouthwash. Larger studies are needed to confirm these effects.

Licorice root: Extracts from the Chinese licorice plant (Glycyrrhiza uralensis) can combat the bacteria responsible for dental cavities, according to at least one study. One researcher has taken this to the next level and created a licorice lollipop to help fight tooth decay. Pilot studies using licorice extract in a lollipop showed they were effective in significantly reducing S. mutans in the mouth and preventing cavities. Larger and more long-term studies are needed.

Always Brush with fluoride toothpaste: Fluoride plays an important role in preventing cavities and remineralizing enamel. Extensive research has been done to show that regularly brushing your teeth with a fluoride toothpaste prevents cavities.Most studies have been conducted either in children or adolescents, so more research is needed in adults and the elderly. ALSO READ:Which Hygiene Practice Has Both Social And Health Benefits?

How Much Does Tooth Filling Cost in Nigeria