How To Check Yourself For Lice 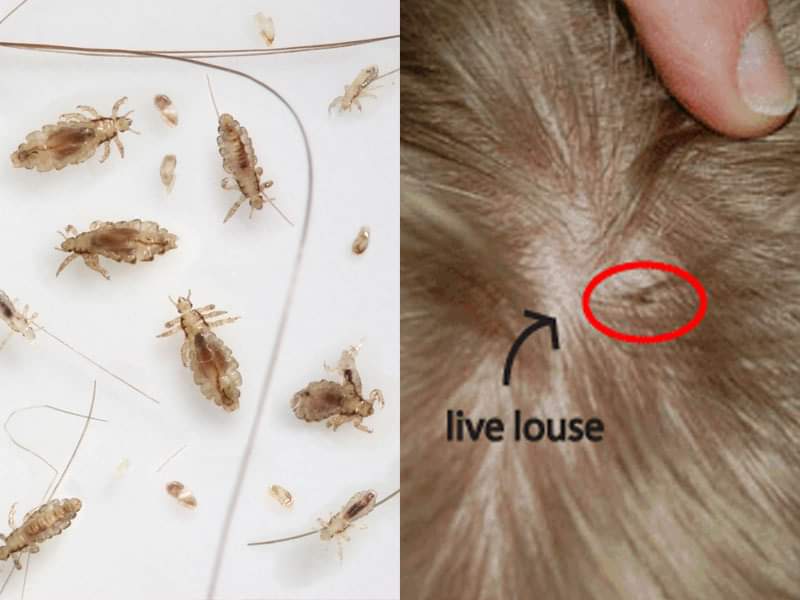 Human lice are parasitic insects that can be found on people’s heads and bodies, including the pubic area. Human lice survive by feeding on human blood. Lice found on each area of the body are different from each other. The three types of lice that live on humans are

Only the body louse is known to spread disease.

Lice infestations (pediculosis and pthiriasis) are spread most commonly by close person-to-person contact. Dogs, cats, and other pets do not play a role in the transmission of human lice. Lice move by crawling; they cannot hop or fly. Both over-the-counter and prescription medications are available for treatment of lice infestations.

Where did lice come from?

Historical and archeological evidence shows that human lice infestations were present throughout the world thousands of years ago. Infections carried by body lice, such as epidemic or louse-borne typhus and epidemic or louse-borne relapsing fever, killed millions of people. Infestations of body lice were common in every army during World War I. During this period, outbreaks of typhus, relapsing fever and trench fever occurred in troops, prison camps and among refugees as well as in central Europe, the Balkans and the middle east.

Though epidemic typhus and relapsing fever have disappeared from Europe and most of Asia, infections persist in the mountainous areas of eastern Africa and Central and South America. Furthermore, body lice are reappearing in many countries and trench fever has returned to the United States and Europe, where the infestations are clearly a manifestation of poverty and homelessness.

Neither head lice (Pediculus capitis) nor pubic or crab lice (Pthirus pubis) are vectors of disease, though head lice have been infected in the laboratory with typhus rickettsiae. Pubic lice have never been found to harbor any disease organism, but infestations by this species are frequently associated with the infection of other sexually transmitted diseases (STDs).

Head lice infestations are rampant among school children in both developed and developing countries and large sums are spent on the purchase of medications to treat infestations. It has been estimated that the cost of head lice infestations is $367 million annually in the USA, including sums expended for the purchase of across the counter pediculicides and expenses to school systems. Schools will often send home infested children, insisting that they be treated before returning to class. Often, there is a sense of shame on the part of parents whose children have infestations, as many do not realize how commonly children are infested.

How To Check Yourself or Your Children For Lice

Human lice suck blood and in the process inject saliva that contains chemicals that cause an inflammatory response. As a consequence, itching is an initial symptom of an infestation. Close inspection usually reveals the presence of active lice on the body or in clothing in the case of the body louse.

Further inspection may reveal the existence of louse eggs glued to body hairs or in the seams of clothing in the case of the body louse. Head lice usually stay close to the scalp and behind the ears. You might also spot them on the eyebrows and eyelashes. Female adult lice lay six to eight eggs a day on your scalp, and they spread from there.

What Types of Situations Favor the Spread of Human Lice?

Human lice have the potential to transfer from person to person very quickly. The head louse spreads from an infested person to others during direct contact and indirectly when infested items such as hats, scarves, coats, combs, and brushes are shared. School-age children are at risk because they are more likely to share such items, especially under crowded conditions. The pubic louse typically spreads between human partners during sexual intercourse and other intimate contact. Spread of pubic lice via infested bedding and toilet seats can occur, but is not common because pubic lice die within a few hours once they are off a human host.

The body louse spreads during direct contact with infested people or indirectly when infested clothing is shared. Body lice also spread when they leave a person with a high fever and crawl across a surface to infest a nearby individual. Again, the body louse is capable of rapidly building very high numbers and infesting large numbers of people living in conditions that are associated with disasters such as war, hurricanes, and earthquakes when humans are crowded together without access to clean clothes, clean bedding, and periodic bathing.

How Are Human Lice Controlled?

Control of human lice typically involves the use of an insecticide together with the mechanical removal of eggs and lice, plus sanitation of infested articles such as hair brushes, hats, scarves, clothes, and bedding. Insecticides known as “pediculicides” include over-the-counter products and physician prescribed medications. For information on controlling lice and for specific chemical control products refer to the website of the Centers for Disease Control and Prevention (CDC) and discuss control options with a physician. It is essential to apply products exactly as directed on the label AND as directed on the prescription. In addition, it is important to note that eggs of human lice are not killed by insecticides, and a repeat application typically is required in 7-10 days in order to kill newly hatched larvae. Infested clothing and bedding should be washed at a minimum of 130 degrees Fahrenheit and then dried at a high temperature for 20 minutes in a clothes dryer in order to kill lice and eggs. Items that cannot be washed require dry-cleaning.

Are Any Home Remedies Effective in Controlling Head Lice?

There is no evidence that any of the so-called “home remedies” control head lice. Recent research under scientifically controlled conditions has shown that the following are of little or no effectiveness in treating for head lice: vinegar, isopropyl alcohol, olive oil, mayonnaise, melted butter, and petroleum jelly. Also, none of the tested materials killed head louse eggs. Additional research into the potential for “drowning” head lice showed that head lice survive being totally submerged in water for up to 8 hours.

Are Head Lice in Some Areas Resistant to Insecticides?

Resistance to approved, properly applied insecticides is a problem in the U.S., including Indiana, but the specific insecticide involved can differ from one area to another. If control is not successful after properly applying an approved insecticide, it may be possible to try an alternative insecticide. Consult with your local health care provider regarding alternatives that are effective in your area. Read: Does Relaxers Kill Lice?