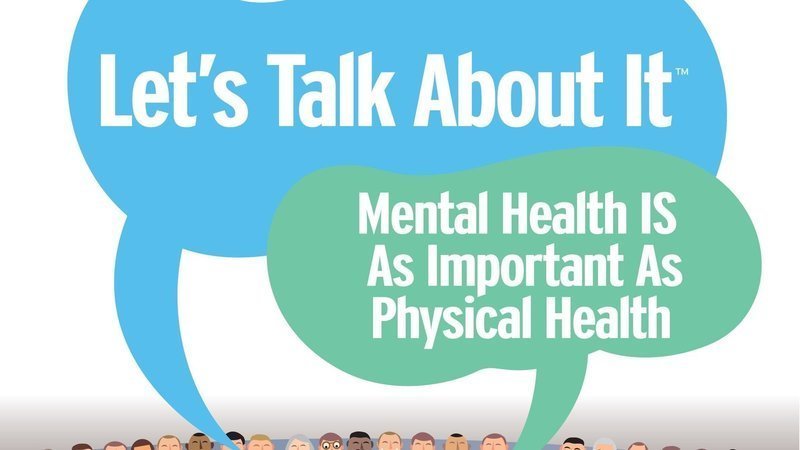 Mental health refers to cognitive, behavioral, and emotional well-being. It is all about how people think, feel, and behave. People sometimes use the term “mental health” to mean the absence of a mental disorder. Mental health can affect daily living, relationships, and physical health. However, this link also works in the other direction. Factors in people’s lives, interpersonal connections, and physical factors can all contribute to mental health disruptions.

Looking after mental health can preserve a person’s ability to enjoy life. Doing this involves reaching a balance between life activities, responsibilities, and efforts to achieve psychological resilience. Conditions such as stress, depression, and anxiety can all affect mental health and disrupt a person’s routine. Although the term mental health is in common use, many conditions that doctors recognize as psychological disorders have physical roots.

Who is a mental health advocate?

The concept of mental health advocacy has been developed to promote the human rights of persons with mental disorders and to reduce stigma and discrimination. It consists of various actions aimed at changing the major structural and attitudinal barriers to achieving positive mental health outcomes in populations.

Recently, the concept of advocacy has been broadened to include the needs and rights of persons with mild mental disorders and the mental health needs and rights of the general population. Advocacy is considered to be one of the eleven areas for action in any mental health policy because of the benefits that it produces for people with mental disorders and their families.

The advocacy movement has substantially influenced mental health policy and legislation in some countries and is believed to be a major force behind the improvement of services in others. In several places, it is also responsible for an increased awareness of the role of mental health in the quality of life of populations. The concept of advocacy contains the following principal elements.

In most parts of the world, unfortunately, mental health and mental disorders are not regarded with anything like the same importance as physical health. Indeed, they have been largely ignored or neglected. Among the issues that have been raised in mental health advocacy are the following:

– the unaffordable cost of mental health care through out-of-pocket payments;

– lack of parity between mental health and physical health;

– poor quality of care in mental hospitals and other psychiatric facilities;

– the need for alternative, consumer-run services;

– right to self-determination and need for information about treatments;

– the need for services to facilitate active community participation;

– violations of human rights of persons with mental disorders;

– lack of housing and employment for persons with mental disorders;

– the absence of promotion and prevention in schools, workplaces, and neighborhoods;

There is still no scientific evidence that advocacy can improve the level of people’s mental health. However, there are many encouraging projects and experiences in various countries, including the following:

– the placing of mental health on government agendas;

– improvements in the policies and practices of governments and institutions;

– changes in laws and government regulations;

– the protection and promotion of the rights and interests of persons with mental disorders and their families;

The mental health advocacy movement is burgeoning in Australia, Canada, Europe, New Zealand, the USA, and elsewhere. It comprises a diverse collection of organizations and people with various agendas. Although many groups join together to work in coalitions or to achieve common goals, they do not necessarily act as a united front.

Among the groups involved in advocacy are consumer and “survivor” organizations and a range of nongovernmental organizations. In several countries, advocacy initiatives in favor of mental health and persons with mental disorders are supported and, in some cases, carried out by governments, ministries of health, states, and provinces.

In many developing countries, mental health advocacy groups have not yet been formed or are in their infancy. There is potential for rapid development, particularly because costs are relatively low, and because social support and solidarity are often highly valued in these countries. Development depends, to some extent, on technical assistance and financial support from both public and private sources.

The emergence of mental health advocacy movements in several countries has helped to change society’s perceptions of persons with mental disorders. Consumers have begun to articulate their own visions of the services they need. They are increasingly able to make informed decisions about treatment and other matters in their daily lives. Consumer and family participation in advocacy organizations may also have several positive outcomes.

Roles of different groups in advocacy

Opinions vary among consumers and their organizations about how best to achieve their goals. Some groups want active cooperation and collaboration with general health and mental health services, whereas others desire complete separation from them. Consumer groups have played various roles in advocacy, ranging from influencing policies and legislation to providing help for people with mental disorders. Consumer groups have sensitized the general public about their cause and provided education and support to people with mental disorders. They have denounced some forms of treatment that are believed to be negative. They have denounced poor service delivery, inaccessible care, and involuntary treatment. Consumers have also struggled. In addition to providing mutual support and services, many family groups have become advocates, educating the community, increasing the support obtained from policy-makers, denouncing stigma and discrimination, and fighting for improved services.

These organizations may be professional, involving only mental health professionals, or interdisciplinary, involving people from diverse areas. In some nongovernmental organizations, mental health professionals work with persons who have mental disorders, their families, and other concerned individuals. Nongovernmental organizations fulfil many of the advocacy roles described for consumers and families. Their distinctive contribution to the advocacy movement is that they support and empower consumers and families. SEE: List of Mental Health Advocacy Groups and Organizations

Some specific advocacy roles for mental health workers relate to:

– clinical work from a consumer and family perspective;

– participation in the activities of consumer and family groups;

– supporting the development of consumer groups and family groups; planning and evaluating programs together.

Ministries of health, and specifically their mental health sections, can play an important role in advocacy. Ministries of health may implement advocacy actions directly so as to influence the mental health of populations in general or consumers’ civil and health rights in particular. They may achieve similar or complementary impacts on these populations by working indirectly through supporting advocacy groups (consumers, families, nongovernmental organizations, and mental health workers). Additionally, it is necessary for each ministry of health to convince other policy-makers and planners, e.g. the executive branch of government, the ministry of finance and other ministries, the judiciary, the legislature and political parties, to focus on and invest in mental health. Ministries of health can also develop many advocacy activities by working with the media. There may be some contradictions in the advocacy activities of ministries of health, which are often at least partially responsible for some of the issues for which advocacy is possible. For example, if a ministry of health is a service provider and at the same time advocates for the accessibility and quality of services, it can be perceived as acting as both player and referee. Opposition parties may question the degree to which the ministry is motivated to improve the accessibility and quality of services. The facilitation of independent review bodies and advocacy groups may be a more appropriate solution.

How ministries of health can support advocacy

By supporting advocacy activities with consumer groups, family groups and nongovernmental organizations Governments can provide these organizations with the support required for their development and empowerment. This support should not be accompanied by conditions that would prevent occasional criticism of the government. The empowerment of consumers and families means that they are given power, authority, and a sense of capacity and ability.

Becoming a mental health advocate can include big and small actions—it all matters!

Mental Health Definition by WHO