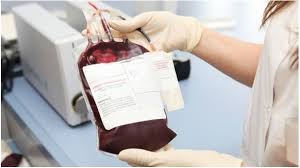 Whether a patient receives whole blood, red cells, platelets or plasma, this lifesaving care starts with one person making a generous donation. The Red Cross holds about 500 blood drives every day. 1 donation can potentially save up to 3 lives. Every 2 seconds someone in the U.S. needs blood.

Blood is a combination of plasma and cells that circulate through the entire body. It is a specialized bodily fluid that supplies essential substances around the body, such as sugars, oxygen, and hormones. It also removes waste from the cells in the body.

Blood travels along vessels to reach every system of the body and carry out its crucial functions. Blood consists of plasma, red and white blood cells, and platelets.

Plasma: This constitutes approximately 55 percent of blood fluid in humans.

Plasma is 92 percent water, and the contents of the remaining 8 percent include:

The remaining 45 percent of the blood mainly consists of red and white blood cells and platelets. Each of these has a vital role to play in keeping the blood functioning effectively.

Red blood cells (RBCs), or erythrocytes: They are shaped like slightly indented, flattened disks and transport oxygen to and from the lungs. Hemoglobin is a protein that contains iron and retains the oxygen until its destination. The life span of a RBC is 4 months, and the body replaces them regularly. Amazingly, our body produces around 2 million blood cells every second. The expected number of RBCs in a single drop, or microliter, of blood is 4.5 to 6.2 million in men and 4.0 to 5.2 million in women.

Platelets, or thrombocytes: These interact with clotting proteins to prevent or stop bleeding. There should be between 150,000 and 400,000 platelets per microliter of blood.

RBCs, white blood cells, and platelets are produced in the bone marrow before entering the bloodstream. Plasma is mostly water that is absorbed from ingested food and drink by the intestines. Combined, these are propelled around the entire body by the heart and carried by the blood vessels.

How much blood is in the human body?

The amount of blood in a person’s body will depend on their age and size. Losing a certain amount of blood will not cause any harm to the body. According to an older review article in Critical Care, blood accounts for:

According to a 2020 article, there are around 10.5 pints (5 liters) of blood in the average human adult body, although this will vary depending on various factors. During pregnancy, a woman may have up to 50% more blood.

The average quantities of blood are:

The Red Cross, which supplies about half of the nation’s donor supply, is telling hospitals of its plans to raise the cost of a pint of blood. National officials say the prices are being determined by local blood centers. The typical pint of red blood cell product now costs $130 to $150 in the US and expired blood often is sold to research laboratories.

In Canada, a qualified donor can donate plasma twice in every 7 days period at the most. You will receive up to $60 per donation. If you wish, you may donate your compensation to charitable organizations and receive a tax receipt. Transfusions are expensive in Canada and ranges  from $120 to $1,200 for each 450-millilitre unit of blood used; an average cost in Canada is likely about $500 a unit, with most of that attributable to the time it takes people to track and handle.