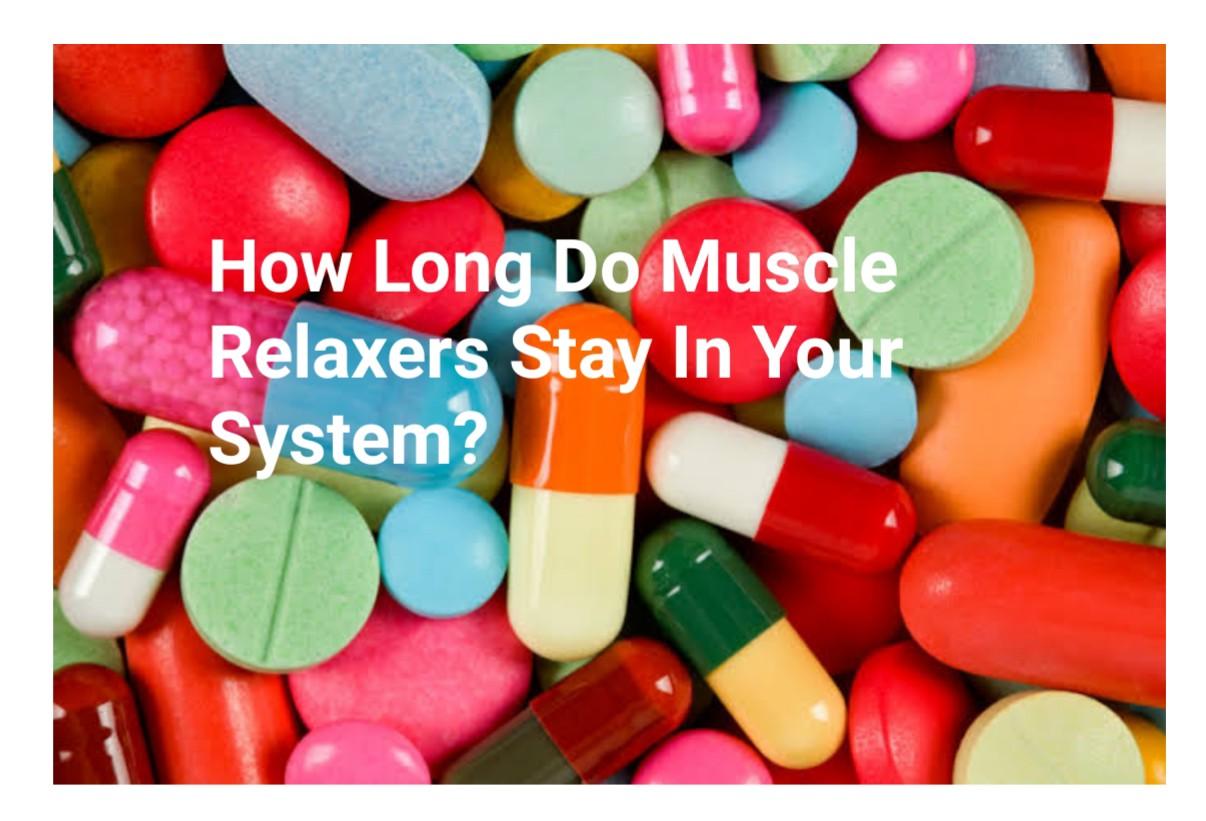 A muscle relaxant is a drug that affects skeletal muscle function and decreases muscle tone. It may be used to alleviate symptoms such as muscle spasms, pain, and hyperreflexia. The term “muscle relaxant” is not a class of drugs but used to refer to two major therapeutic groups: neuromuscular blockers and spasmolytics.

How do muscle relaxants work?

Muscle relaxants work by causing the muscles to become less tense or stiff, which in turn reduces pain and discomfort. They do this in different ways. Baclofen, diazepam, methocarbamol, and tizanidine act on the central nervous system (brain and spinal cord). Dantrolene works directly on the muscle. Cannabis extract works on the brain and spinal cord as well as the muscles. Because dantrolene only works on the muscles, it is thought to have fewer side effects compared with other muscle relaxants. For this reason, dantrolene is often the first muscle relaxant to be prescribed for people with long-term muscle spasms.

The specific drug taken, drug-taking habits, amount consumed, age, weight, and gender all influence the length of time a drug stays in your system. Other factors include how the drug was taken, whether other drugs were used, ethnicity and medical conditions such as kidney problems can determine how long muscle relaxers stay in the body.

Since muscle relaxers are not a class of drugs they do not all have the same chemical structure, work the same way or stay in your body at the same rate. In this article we have listed the common muscle relaxants and how long they last in your body:

Baclofen. Sold under the brand name Lioresal among others, is a medication used to treat muscle spasticity such as from a spinal cord injury or multiple sclerosis. It may also be used for hiccups and muscle spasms near the end of life. It is taken by mouth or by delivery into the spinal canal. Baclofen is rapidly absorbed, although absorption may be reduced with higher dosages.

There is a wide variation in the way individuals respond to baclofen, with some people reporting a reduction in symptoms of muscle spasm within a few hours, whereas for some others it may take several weeks. The drug is predominantly excreted unchanged by the kidneys. The half-life of baclofen is roughly 2–4 hours; it, therefore, needs to be administered frequently throughout the day to control spasticity appropriately.

Benzodiazepines. In addition to treating anxiety, alcohol withdrawal, and seizure disorders, such as epilepsy, benzodiazepines can also treat muscle spasms and skeletal pain. Benzodiazepines, such as diazepam (Valium), lorazepam (Ativan), and temazepam (Restoril), are typically only intended for short-term use. Benzodiazepines are well known for their strong muscle-relaxing properties and can be useful in the treatment of muscle spasms, although tolerance often develops to their muscle relaxant effects. Benzodiazepines can stay in urine for 3 to 6 weeks, hair up to 90 days, and blood for 2-3 days. ALSO READ: How Long Does Blue B707 Pill Last?

Carisoprodol (Soma). Carisoprodol relaxes muscles and eases pain and stiffness caused by acute bone and muscle problems, often caused by an injury. It is taken by mouth in tablet form and is also available in combination with aspirin or aspirin and codeine. Carisoprodol can be habit-forming, particularly if used in conjunction with alcohol or other drugs that have a sedative effect, including opioids (such as codeine). Carisoprodol is absorbed and begins to have effects after 30 minutes and the effects last for 4 to 6 hours. Both carisoprodol and its metabolite meprobamate are excreted in the urine and can be detected for several days after the last dose.

Dantrolene (Dantrium). Dantrolene helps control chronic spasticity related to spinal injuries. It is also used for conditions such as stroke, multiple sclerosis, and cerebral palsy. Dantrolene is taken as a capsule or intravenous powder for injection. Drowsiness and sensitivity to light are common side effects. It can cause severe liver problems, and should not be taken by people with active liver disease. The duration and intensity of skeletal muscle relaxation are related to the dosage and blood levels. The mean biologic half-life of Dantrolene sodium in adults is 8.7 hours after a 100-mg dose.

Methocarbamol (Robaxin, Robaxin-750). Methocarbamol eases acute muscle and bone pain. It can be taken as a tablet or by injection. Methocarbamol is generally not recommended to people with renal disease or failure or a history of allergic reaction to the medication. At the time of ingestion, Methocarbamol can last in the urine of an individual for a total of four hours. This can vary from person to person depending on their health or age. ALSO READ: Does Methocarbamol Show Up As On A Drug Test

Orphenadrine. Orphenadrine is a medication used to relieve pain and stiffness caused by muscle injuries. It is available as an extended-release tablet. Common side effects include dry mouth, lightheadedness, difficult urination, heartburn, nausea, and vomiting. It is generally not recommended to people with previous sensitivities to the ingredients, myasthenia gravis, those with glaucoma, or certain types of ulcers. Orphenadrine is readily absorbed from the gastrointestinal tract and is almost completely metabolized to at least eight metabolites. Orphenadrine and its metabolites are excreted from the body in the urine, with a half-life of 14 hours.

Tizanidine (Comfort Pac with Tizanidine, Zanaflex). Tizanidine is used to treat muscle spasms caused by spinal cord injuries and other conditions such as multiple sclerosis. Tizanidine is available in tablet and capsule form and absorbs differently depending on whether it is taken on an empty stomach or with food. Tizanidine has a short “half-life” of only about 150 minutes, which means that the body clears the drug within a few hours. Common side effects include dry mouth, dizziness, constipation, and tiredness. It should not be used by people taking fluvoxamine or ciprofloxacin or those who have liver disease.

How Long Does Flexeril Stay In Your System?