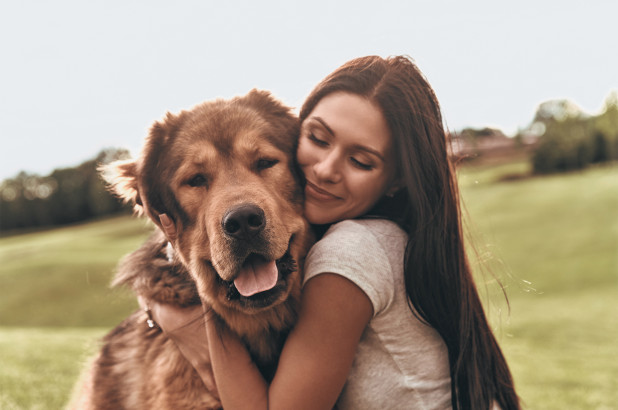 When you say bestiality, you can hear the word beast, which is a good clue to the meaning. People who are into bestiality like having sex with animals. It doesn’t matter what animal is involved: if someone is having sex with something alive that’s not a person, it’s bestiality. Bestiality is illegal and usually considered very wrong and harmful to everyone involved. Zoophilia and bestiality are considered a taboo subject in the modern society, yet the reported prevalence rates range from 8.3% to 4.9% for men and 3.6% to 1.9% for women in normal population. Astoundingly enough, bestiality remained punishable by death throughout the early modern period, with Sweden executing up to 700 people between 1635 and 1778, along with the non-human animals involved,  and the last known hanging for bestiality in the United States carried out by order of The Connecticut Superior Court in January of 1800. The health risks and  side effect of coitus with an animal include:

Zoonosis refers to diseases that can be passed from animals to humans. They are sometimes called zoonotic diseases. Animals can carry harmful germs, such as bacteria, fungi, parasites, and viruses. These are then shared with humans and cause illness. Zoonotic diseases range from mild to severe, and some can even be fatal. These include

Rabies: Rabies is an infectious viral disease that is almost always fatal following the onset of clinical symptoms. In up to 99% of cases, domestic dogs are responsible for rabies virus transmission to humans. Rabies is transmitted from the saliva of cats, dogs and horses. This is a viral infection which affects the central nervous system and is almost always fatal if not treated soon after the exposure.

Penis cancer is a disease in which malignant (cancer) cells form in the tissues of the penis. Penile cancer is usually found on the glans or foreskin of the penis but can also occur on the shaft of the penis. Sex with animals can cause microtrauma to penile tissue, which could come in contact animal secretions that are potentially harmful to humans. According to a study published in the journal of sexual medicine, Sexual contact with animals (SCA)  is also a risk factor for urological diseases among humans. In a study of 118 penile cancer patients, 44.9% patients had reported SCA leading to a conclusion that sex with animals is a risk factor for penile cancer and may be associated with venereal diseases.

There is also the high risk of injury that can be caused by large animals such as horses during the sexual intercourse. Sexual organs of animals in most instances don’t match to the anatomy of human sexual organs. For instance, the male organ of an aroused dog has a large bulb at the base that may injure the vagina. Horses on the other hand, can thrust suddenly and cause their organs to considerably widen which is risky. Large animals can simply crush a person violently without warning out of abnormal sexual arousal alien to animals. The most frequent cause of death and serious injury for mounted and dismounted horse activities is head injury. Head injuries are associated with approximately 60% of all equestrian deaths and 18% of equestrian injuries. In 2005, Kenneth Pinyan, a resident of Enumclaw, Washington in the US died from internal injury after engaging in sex with a horse after receiving anal sex from a stallion which was videotaped by his friend. The large penis of the horse perforated his colon which eventually led to his death. In 2002, a 62-year-old farmer in Bulgaria was treated for a ruptured rectum after sex with a male pig. In Zimbabwe another man suffered heart attack after sex with pig and died few days later.

An allergic reaction occurs when cells in the immune system interpret a foreign substance or allergen as harmful. The immune system overreacts to these allergens and produces histamine, which is a chemical that causes allergy symptoms. A semen allergy otherwise known as human seminal plasma hypersensitivity (HSP)  is an allergic reaction to the proteins found in sperm. Serious allergic reactions to foreign material like animal semen may also occur because the body recognizes animal semen as a foreign body and, therefore, provokes a reaction to get rid of the semen. A 43-year-old woman in Ireland died from a severe allergic reaction she suffered after having sexual intercourse with a dog. Autopsy reports indicate that she died of Anaphylaxis, a severe allergic reaction similar to those caused by peanut allergies. The incident occurred in October of 2008, but medical experts are just now releasing details of her death. The mother of four met Sean McDonnell in a bestiality chat room, then made arrangements to meet him at his home where he forced his German Shepherd to have sex with her. She suffered an allergic reaction, presumably from the dog’s semen, and later died at the hospital.

WHO Definition of Sexual Health

Side Effects of Sex in Men and Women
Health Effects of Sexual Intercourse With Animals
August 1, 2019 Sexual HealthDr OtorkpaLeave a comment