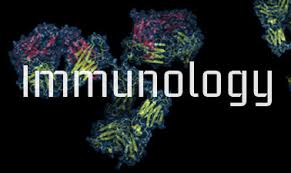 Immunology is the study of the immune system and is a very important branch of the medical and biological sciences. The immune system protects us from infection through various lines of defence. If the immune system is not functioning as it should, it can result in diseases, such as autoimmunity, allergy and cancer. It is also now becoming clear that immune responses contribute to the development of many common disorders not traditionally viewed as immunologic, including metabolic, cardiovascular, and neurodegenerative conditions such as Alzheimer’s.

Why is immunology important?

From Edward Jenner’s pioneering work in the 18th Century that would ultimately lead to vaccination in its modern form (an innovation that has likely saved more lives than any other medical advance) to the many scientific breakthroughs in the 19th and 20th centuries that would lead to, amongst other things, safe organ transplantation, the identification of blood groups, and the now ubiquitous use of monoclonal antibodies throughout science and healthcare, immunology has changed the face of modern medicine. Immunological research continues to extend horizons in our understanding of how to treat significant health issues, with ongoing research efforts in immunotherapy, autoimmune diseases, and vaccines for emerging pathogens, such as Ebola. Advancing our understanding of basic immunology is essential for clinical and commercial application and has facilitated the discovery of new diagnostics and treatments to manage a wide array of diseases. In addition to the above, coupled with advancing technology, immunological research has provided critically important research techniques and tools, such as flow cytometry and antibody technology.

What is an immunologist?

An immunologist is a scientist and/or clinician who specialises in immunology. Many immunologists work in a laboratory focusing on research, either in academia or private industry (e.g. in the pharmaceutical industry). Other immunologists – “clinical immunologists” – are clinicians who focus on the diagnosis and management of diseases of the immune system, such as autoimmune diseases and allergies.

Innate immunity is the first line of defence and is non-specific. That is, the responses are the same for all potential pathogens, no matter how different they may be. Innate immunity includes physical barriers (e.g. skin, saliva etc) and cells (e.g. macrophages, neutrophils, basophils, mast cells etc). These components ‘are ready to go’ and protect an organism for the first few days of infection. In some cases, this is enough to clear the pathogen, but in other instances, the first defence becomes overwhelmed and the second line of defence kicks in.

Adaptive immunity is the second line of defence which involves building up a memory of encountered infections so can mount an enhanced response specific to the pathogen or foreign substance. Adaptive immunity involves antibodies, which generally target foreign pathogens roaming free in the bloodstream. Also involved are T cells, which are directed especially towards pathogens that have colonised cells and can directly kill infected cells or help control the antibody response.

How Long Does The COVID-19 Vaccine Last?
Immunology Pdf
June 14, 2022 Health FeaturesPublic HealthComments Off on Free Books on Immunology Pdf