Does Air Duster Show Up On A Drug Test? 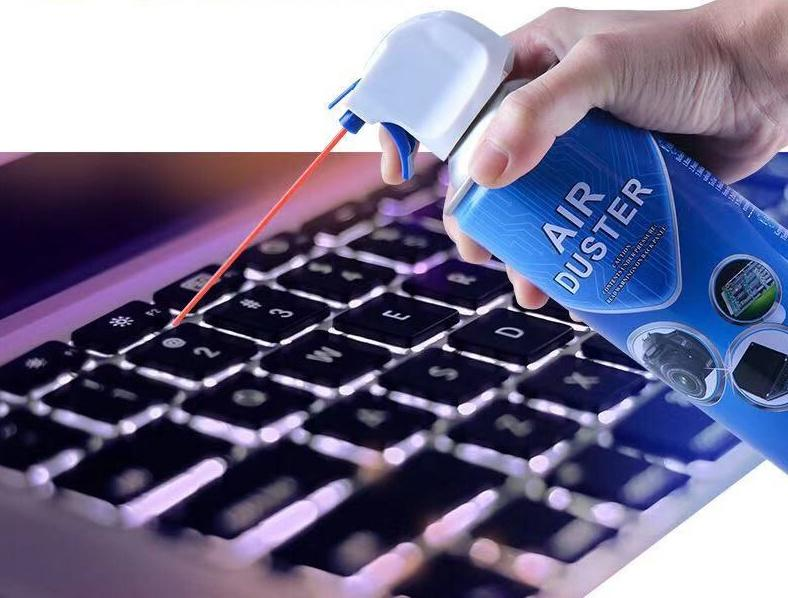 What Is An Air Duster?

An Air duster is also known as “canned air,” but ironically there is no air inside the can. Instead, canned air is made of compressed gases. These products are designed to be used to clean out dust from sensitive electronics when liquid cleaners can’t be used. Some of the gases found in canned air include difluoroethane, trifluoroethane, and butane. These gases can be used for different purposes, but they are dense gases primarily used as refrigerants.

To make air duster, the gases are compressed into a can that is similar to an aerosol container. Unfortunately, air duster misuse is very common. Abusing Dust-Off, canned air, or other inhalants can be a dangerous practice, whether it is done once or chronically. Inhalants are everyday household products that are abused to produce mind-altering effects. Canned air contains compressed gas in an aerosol-type can that is sprayed onto keyboards and into electronic devices to clear out debris and dust. Dust-Off, a popular brand name of canned air, is a gaseous refrigerant-based propellant cleaner used to remove dust and dirt from computers and electronics. The main ingredient in Dust-Off is difluoroethane.

As of 2015, around 10 percent of Americans (aged 12 and older) have misused inhalant products like Dust-Off at some point in life for the psychoactive effects they can produce, the National Institute on Drug Abuse (NIDA) publishes. When abused, inhalants can be sprayed onto a rag, and then the rag is sniffed – a practice known as “huffing.” In the case of Dust-Off, this is often referred to as “dusting” as well.

Huffing canned air can cause an immediate rush of euphoria as well as possible hallucinations and delusions. The effects of huffing may also be paralyzing, interfering with a person’s ability to move normally or even move at all. Dizziness, loss of inhibitions, inability to make sound decisions, and slurred speech are common results of huffing. The huffing “high” generally lasts about 15-30 minutes, Mayo Clinic reports.

Dust-Off can be purchased at any office supply store and is often already in the homes of many, making it easily accessible to children and adolescents, often the main age groups that huff. The National Capitol Poison Center (NCPC) publishes that around 20 percent of 8th graders report abusing inhalants at some point. Despite the fact that canned air is a common household product, huffing Dust-Off can be deadly in as little as one use. 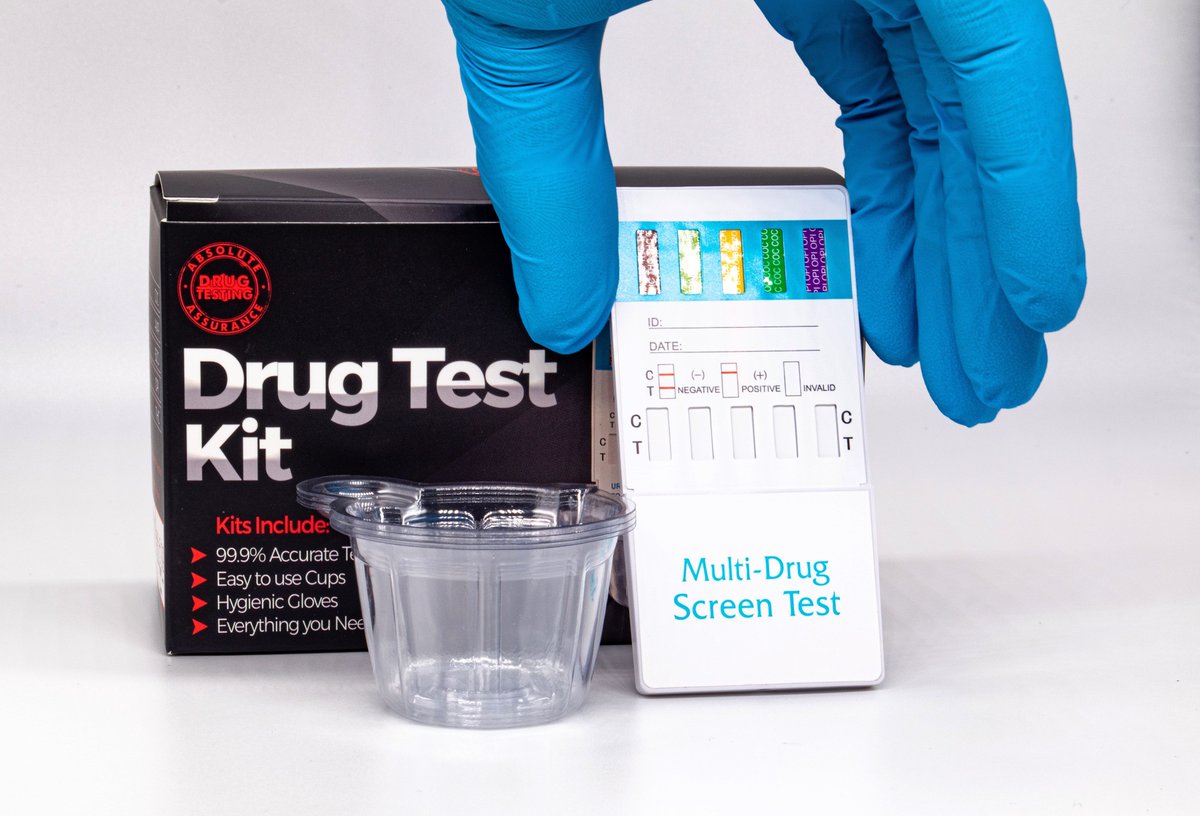 Does Air Duster Show Up On A Drug Test?

A drug test is a technical analysis of a biological specimen, for example urine, hair, blood, breath, sweat, and/or oral fluid/saliva—to determine the presence or absence of specified parent drugs or their metabolites. The detection windows depend upon multiple factors: drug class, amount and frequency of use, metabolic rate, body mass, age, overall health, and urine pH. For ease of use, the detection times of metabolites have been incorporated into each parent drug.

When someone inhales the gasses and chemicals in these products, the lungs absorb them and they travel to the brain. The gases move the oxygen that would typically be in the lungs to removes the carbon dioxide from the blood, which is why people feel high. An air duster high starts almost instantly as the brain starts to lack oxygen and last a few minutes until the brain can get the oxygen it needs. To stay high, users will often inhale repeatedly over a short time. This necessity is because air duster does not stay long in your system. However, inhaling repeatedly can be very dangerous and has led to deaths. Air duster is not detectable on many standard drug tests such as a 5-panel drug test or a 10-panel drug test, but some components such as difluoroethane and trifluoroethane can be identified on certain drug tests that involve urine or blood.

According to a study published in the Journal of pharmacy & Bioallied sciences, detection relies on the clinical judgment of medical personnel who also administer screening questions as part of conducting a thorough history and physical examination. When considered in certain clinical contexts, abnormal nontoxicological laboratory results, such as elevated liver enzymes, can also indicate a suspicion of inhalant abuse. Some of the laboratory tests which are commonly been done for a patient presenting with acute inhalant intoxication or suspected inhalant use includes a complete blood count, determination of electrolyte, phosphorous, and calcium levels, an acid-base assessment, hepatic and renal profiles, and cardiac/muscle enzyme analysis.

Specific urine drug testing is sometimes useful as part of the treatment-compliance plan when benzene, toluene, or a similar agent has been chronically abused, because major urinary metabolites (phenol and hippuric acid, respectively) are detectable when there has been a high level of use. An air duster high is characterized by both short term and long term side effects and dangers.

Canned air is essentially a toxic poison that is not meant to be inhaled, according to the safety information for Dust-Off. Dusting or huffing these products can have negative immediate and long-term consequences. Inhalant abuse can cause permanent brain damage that can lead to irreversible neurological deficits. The journal Paediatrics and Child Health, reports that these drugs can damage neural membranes and myelin as well as lead to brainstem dysfunction, which can cause motor, sensory, and cognitive deficits. Irritability, hearing loss, slurred speech, tremors, lack of motor coordination, bone marrow toxicity and vision problems may be long-term results of huffing. Damage to major organs such as the liver, kidneys, heart, and lungs, and to the central nervous system can also be the result of repeated huffing.

Abusing Dust-Off regularly may lead to psychological and physical addiction, Today warns. Addiction is a brain disease stemming from compulsive drug-seeking and drug-using behaviors. When someone abuses canned air, brain chemistry is altered. With repeated interference of these chemicals, the brain can struggle to function normally without the substance.

Daily life is disrupted as family, school, and work obligations aren’t met, and social interactions and recreational activities take a backseat to huffing. Increased secrecy, mood swings, social withdrawal, declining grades, possible criminal or legal troubles, financial strain, and a possible decline in physical appearance can be side effects and signs of addiction.

Huffing can be deadly in just one use. Prevention is the best course of action for avoiding a tragic outcome. Being able to spot potential abuse of Dust-Off or other inhalants may literally be lifesaving. Some of the warning signs to watch for include:

Do Whippets (Laughing Gas) Show Up On A Drug Test?