Can You Get Addicted To Benadryl? 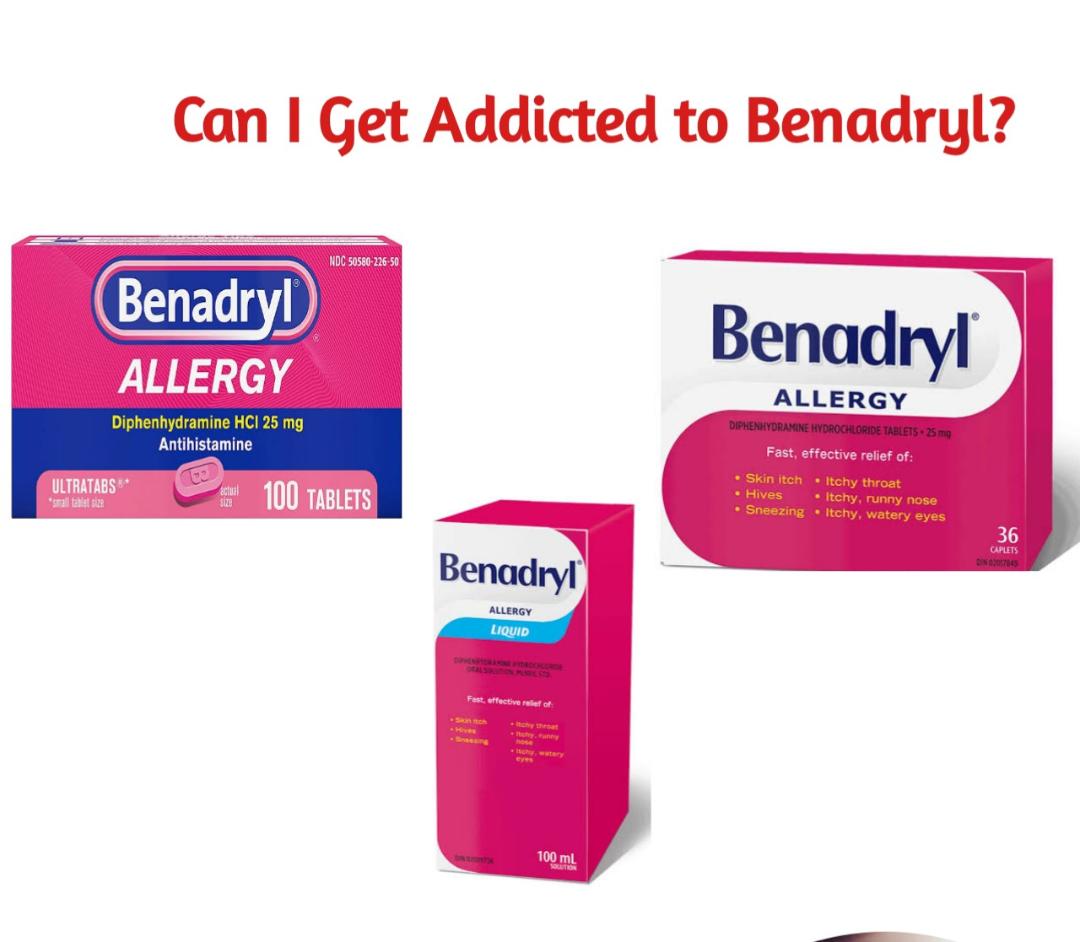 Benadryl belongs to a class of drugs known as Antihistamines, 1st Generation, Antiemetic Agents. It is a prescription medicine used to treat the symptoms of allergic reactions, insomnia, and motion sickness. Benadryl may be used alone or with other medications.

How Does Benadryl Work?

Benadryl blocks the effects of a substance called histamine in your body. Histamine is normally released when your body detects something harmful, such as an infection. It causes blood vessels to expand and the skin to swell, which helps protect the body.

But in people with allergies, the body mistakes something harmless – such as pollen, animal hair, or house dust – for a threat and produces histamine. The histamine causes an allergic reaction with unpleasant symptoms including itchy, watering eyes, a running or blocked nose, sneezing, and skin rashes.

Antihistamines like Benadryl help stop this happening if you take them before you come into contact with the substance you’re allergic to. Or they can reduce the severity of symptoms if you take them afterward. Benadryl is absorbed by the body quickly while the effect of the drug is noticeable after about 20 to 30 minutes. The duration of activity following an average dose of Benadryl is from four to six hours. The drug is widely distributed throughout the body, including the CNS. Little, if any, is excreted unchanged in the urine; most appear as the degradation products of metabolic transformation in the liver, which are almost completely excreted within 24 hours.

Can You Get Addicted To Benadryl?

Studies have shown that Benadryl containing diphenhydramine has both anticholinergic (drying) and sedative effects. Antihistamines appear to compete with histamine for cell receptor sites on effector cells. The sedative effect produced by Benadryl can cause people with sleep problems (insomnia) to rely on it for sleep which results in misuse and eventually addiction. People who are addicted to sleeping pills like Benadryl, or want to get “high” on them, will do things to make the pills take effect faster. One way to do that is to crush and snort the pills. Snorting the pills means the active chemicals in the medicine can reach the bloodstream quickly through the capillaries in the nasal passages. A lot of people don’t realize they’ve become dependent, or possibly addicted until they stop taking their sleeping medication. All of a sudden they begin experiencing withdrawal symptoms, a telltale sign of both dependence and addiction.  Some of the side effects of Benadryl misuse include anxiety, increased heart rate, memory loss, and seizures.

In addition, abusing Benadryl with alcohol can result in additive effects, and engaging in activities requiring mental alertness such as driving a car or operating appliances, machinery, etc can result in disastrous consequences while on this drug. ALSO READ: How To Flush Benadryl Out Of Your System

Can You Take Benadryl and Ibuprofen Together?

How To Flush Benadryl Out Of Your System

Can You Get High Off Benadryl

Can You Take An Allergy Medicine That is Expired?
How To Flush Benadryl Out Of Your System
August 25, 2022 Family & Community HealthPublic HealthComments Off on Can You Get Addicted To Benadryl?