Can Constipation Cause Fever In A Child? 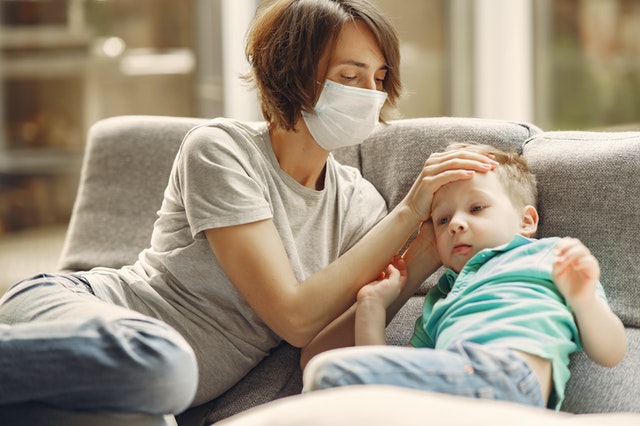 According to Mayo Clinic, fever is a temporary increase in your body temperature, often due to an illness. Having a fever is a sign that something out of the ordinary is going on in your body. For an adult, a fever may be uncomfortable, but usually isn’t a cause for concern unless it reaches 103 F (39.4 C) or higher. For infants and toddlers, a slightly elevated temperature may indicate a serious infection.

According to the American Academy of Pediatrics, a child’s normal body temperature should be between 97ºF (36ºC) and 100.4ºF (38ºC). Children and babies can have higher temperatures than adults, as they have a larger surface area compared to their body weight. Toddlers also sweat less and have a faster metabolism, which can cause them to have a higher body temperature.

According to a 2019 article, fever alone is rarely harmful and does not typically exceed 105.8ºF (41ºC). While fevers higher than this temperature can be dangerous, they are rare.

Depending on what’s causing the fever, additional fever signs and symptoms may include:

Children between the ages of 6 months and 5 years might experience febrile seizures. About a third of the children who have one febrile seizure will have another one, most commonly within the next 12 months.

About 4 million people in the United States have frequent constipation. Constipation is the most common gastrointestinal complaint, resulting in 2.5 million doctor visits annually.

Hard, dry stools are the result of the colon absorbing too much water. Normally, as food moves through the colon (also known as the large intestine) the colon absorbs water while forming stool (waste products). Muscle contractions then push the stool toward the rectum, and, by the time the stool reaches the rectum, most of the water has been absorbed, making the stool solid.

When the colon’s muscle contractions are slow or sluggish, the stool moves through the colon too slowly, resulting in too much water being absorbed.

Can Constipation Cause Fever?

According to Healthline, fever may be caused by an underlying condition that’s also related to constipation. For example, if your constipation is caused by a viral, bacterial, or parasitic infection, that infection may result in fever. The cause of the fever is the infection, not constipation, even though they occur simultaneously.

Fevers generally go away within a few days. A number of over-the-counter medications lower a fever, but sometimes it’s better left untreated. Fever seems to play a key role in helping your body fight off a number of infections.

When to seek emergency care

A review from 2019 noted that only 1 in 100 children with a fever will require urgent medical attention. However, an individual should seek urgent care if the toddler experiences:

Additionally, meningitis is a serious condition that can cause fever in toddlers. A person should take the child to the emergency room immediately if they experience fever along with any of the following symptoms:

Read: How to Spot A Fake Fever

How to Spot a Fake Fever

How to Use Coconut Oil For Dog Constipation
Can constipation cause fever
March 21, 2022 Family & Community HealthPublic HealthComments Off on Can Constipation Cause Fever In A Child?