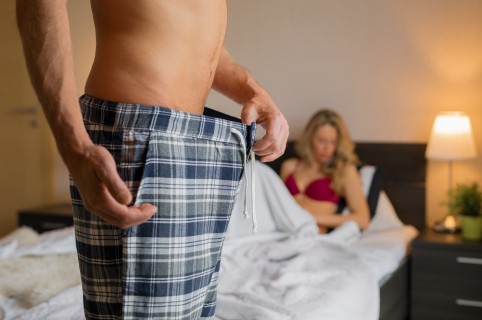 Many baby boys get circumcised, usually within the first week of life. Adults can get circumcised as well, though it’s less common. Circumcision is the most common surgery among males. In the United States, up to 60% of baby boys are circumcised. Around the world, the rate is about 33% of males. The highest rates of circumcision are in the U.S., Middle East and South Korea. It’s much less common in Europe, other parts of Asia and South America. Jewish and Muslim people perform circumcision as part of their religions.

As with other debates about circumcision, the effect of circumcision on female pleasure has been the subject of plenty of discussion and controversy. Fortunately, there are some pretty compelling statistics that can help you cut through the misinformation and provide you with the facts you need to make an informed decision for yourself.

The primary health benefits for women of circumcised partners relates to the buildup of bacteria and other pathogens under the foreskin of an uncircumcised male. During intercourse, these pathogens can be delivered directly into the urogenital system by the male partner, where they can cause infection in the vagina and urinary tract.

When their male partner is circumcised, women benefit by having:

A fivefold reduction in the risk of HPV-associated cervical cancer (HPV stands for human papillomavirus, a common virus that can lodge beneath the foreskin and be transmitted to the vagina and cervix during sex).

In addition, men who are circumcised are also less likely to have smegma, a sticky residue of dead skin cells, oils, and other substances that can cause an unpleasant odor and become a harbor for bacteria. That can make any intimate encounter more pleasurable, including oral sex. There is also decreased risk of cervical cancer in the female partners of circumcised men.

Many boys and men find it easier to maintain good genital hygiene when the foreskin is removed. But we do want to be clear here: Good hygiene is good hygiene.

In general, female sex partners of uncircumcised men are at increased risk of bacterial vaginosis as they are more likely to pass along any infections they have, including yeast infections, UTIs, and STDs (particularly HPV and HIV).

Can an adult get circumcised?

Yes. People who were not circumcised as babies may choose to undergo circumcision as an adult. Generally, the procedure is the same for older boys and adults as it is for babies.

They will likely have the procedure in the hospital, using anesthesia. The surgery may take slightly longer than it does for infants. They will need stitches after the circumcision, too. Read: Female Circumcision

Can A Man Give A Woman Yeast Infection?

How Many Holes Does A Woman Have?