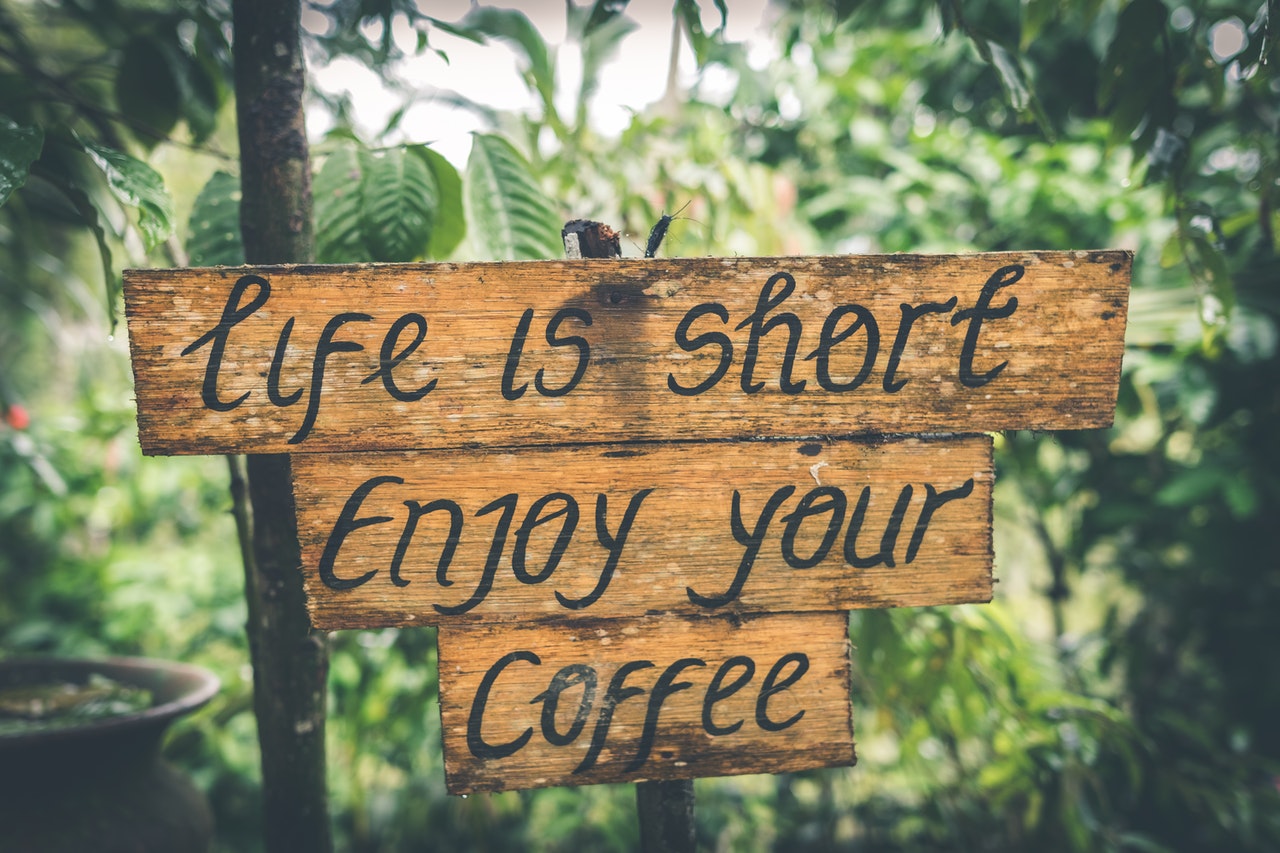 According to the American Psychiatric Association, depression is a common and serious medical illness that negatively affects how you feel, the way you think, and how you act. Fortunately, it is also treatable. Depression causes feelings of sadness and/or a loss of interest in activities you once enjoyed. It can lead to a variety of emotional and physical problems and can decrease your ability to function at work and at home.

Depression symptoms can vary from mild to severe and can include:

Symptoms must last at least two weeks and must represent a change in your previous level of functioning for a diagnosis of depression.

Depression is a common illness worldwide, with an estimated 3.8% of the population affected, including 5.0% among adults and 5.7% among adults older than 60 years. Approximately 280 million people in the world have depression. Depression is different from usual mood fluctuations and short-lived emotional responses to challenges in everyday life. Especially when recurrent and with moderate or severe intensity, depression may become a serious health condition.

“Every man has his secret sorrows which the world knows not, and often times we call a man cold when he is only sad.” ― Henry Wadsworth Longfellow

“I didn’t want to wake up. I was having a much better time asleep. And that’s really sad. It was almost like a reverse nightmare, like when you wake up from a nightmare you’re so relieved. I woke up into a nightmare.”― Ned Vizzini

“The so-called ‘psychotically depressed’ person who tries to kill herself doesn’t do so out of quote ‘hopelessness’ or any abstract conviction that life’s assets and debits do not square. And surely not because death seems suddenly appealing. The person in whom Its invisible agony reaches a certain unendurable level will kill herself the same way a trapped person will eventually jump from the window of a burning high-rise. Make no mistake about people who leap from burning windows. Their terror of falling from a great height is still just as great as it would be for you or me standing speculatively at the same window just checking out the view; i.e. the fear of falling remains a constant. The variable here is the other terror, the fire’s flames: when the flames get close enough, falling to death becomes the slightly less terrible of two terrors. It’s not desiring the fall; it’s terror of the flames. And yet nobody down on the sidewalk, looking up and yelling ‘Don’t!’ and ‘Hang on!’, can understand the jump. Not really. You’d have to have personally been trapped and felt flames to really understand a terror way beyond falling.” ― David Foster Wallace

“There are wounds that never show on the body that are deeper and more hurtful than anything that bleeds.”― Laurell K. Hamilton

“The best thing for being sad,” replied Merlin, beginning to puff and blow, “is to learn something. That’s the only thing that never fails. You may grow old and trembling in your anatomies, you may lie awake at night listening to the disorder of your veins, you may miss your only love, you may see the world about you devastated by evil lunatics, or know your honor trampled in the sewers of baser minds. There is only one thing for it then — to learn. Learn why the world wags and what wags it. That is the only thing which the mind can never exhaust, never alienate, never be tortured by, never fear or distrust, and never dream of regretting. Learning is the only thing for you. Look what a lot of things there are to learn.” ― T.H. White

“If you know someone who’s depressed, please resolve never to ask them why. Depression isn’t a straightforward response to a bad situation; depression just is, like the weather. Try to understand the blackness, lethargy, hopelessness, and loneliness they’re going through. Be there for them when they come through the other side. It’s hard to be a friend to someone who’s depressed, but it is one of the kindest, noblest, and best things you will ever do.” ― Stephen Fry

“That’s the thing about depression: A human being can survive almost anything, as long as she sees the end in sight. But depression is so insidious, and it compounds daily, that it’s impossible to ever see the end.” ― Elizabeth Wurtzel

“I can’t eat and I can’t sleep. I’m not doing well in terms of being a functional human, you know?”― Ned Vizzini

“Mental pain is less dramatic than physical pain, but it is more common and also more hard to bear. The frequent attempt to conceal mental pain increases the burden: it is easier to say “My tooth is aching” than to say “My heart is broken.” ― C.S. Lewis

“The worst type of crying wasn’t the kind everyone could see–the wailing on street corners, the tearing at clothes. No, the worst kind happened when your soul wept and no matter what you did, there was no way to comfort it. A section withered and became a scar on the part of your soul that survived. For people like me and Echo, our souls contained more scar tissue than life.” ― Katie McGarry

“Do you not see how necessary a world of pains and troubles is to school an intelligence and make it a soul?” ― John Keats

“There is no point treating a depressed person as though she were just feeling sad, saying, ‘There now, hang on, you’ll get over it.’ Sadness is more or less like a head cold- with patience, it passes. Depression is like cancer.” ― Barbara Kingsolver

“Some friends don’t understand this. They don’t understand how desperate I am to have someone say, I love you and I support you just the way you are because you’re wonderful just the way you are. They don’t understand that I can’t remember anyone ever saying that to me. I am so demanding and difficult for my friends because I want to crumble and fall apart before them so that they will love me even though I am no fun, lying in bed, crying all the time, not moving. Depression is all about If you loved me you would.” ― Elizabeth Wurtzel

“When you’re surrounded by all these people, it can be lonelier than when you’re by yourself. You can be in a huge crowd, but if you don’t feel like you can trust anyone or talk to anybody, you feel like you’re really alone.”― Fiona Apple

“Noble deeds and hot baths are the best cures for depression.”― Dodie Smith

“Listen to the people who love you. Believe that they are worth living for even when you don’t believe it. Seek out the memories depression takes away and project them into the future. Be brave; be strong; take your pills. Exercise because it’s good for you even if every step weighs a thousand pounds. Eat when food itself disgusts you. Reason with yourself when you have lost your reason.” ― Andrew Solomon

“That is all I want in life: for this pain to seem purposeful.”― Elizabeth Wurtzel

“When you’re lost in those woods, it sometimes takes you a while to realize that you are lost. For the longest time, you can convince yourself that you’ve just wandered off the path, that you’ll find your way back to the trailhead any moment now. Then night falls again and again, and you still have no idea where you are, and it’s time to admit that you have bewildered yourself so far off the path that you don’t even know from which direction the sun rises anymore.” ― Elizabeth Gilbert

“I didn’t want my picture taken because I was going to cry. I didn’t know why I was going to cry, but I knew that if anybody spoke to me or looked at me too closely the tears would fly out of my eyes and the sobs would fly out of my throat and I’d cry for a week. I could feel the tears brimming and sloshing in me like water in a glass that is unsteady and too full.”― Sylvia Plath

“It’s not all bad. Heightened self-consciousness, apartness, an inability to join in, physical shame, and self-loathing—they are not all bad. Those devils have been my angels. Without them I would never have disappeared into language, literature, the mind, laughter and all the mad intensities that made and unmade me.”― Stephen Fry

“I don’t want to see anyone. I lie in the bedroom with the curtains drawn and nothingness washing over me like a sluggish wave. Whatever is happening to me is my own fault. I have done something wrong, something so huge I can’t even see it, something that’s drowning me. I am inadequate and stupid, without worth. I might as well be dead.”― Margaret Atwood

“I’m the girl who is lost in space, the girl who is disappearing always, forever fading away and receding farther and farther into the background. Just like the Cheshire cat, someday I will suddenly leave, but the artificial warmth of my smile, that phony, clownish curve, the kind you see on miserably sad people and villains in Disney movies, will remain behind as an ironic remnant. I am the girl you see in the photograph from some party someplace or some picnic in the park, the one who is in fact soon to be gone. When you look at the picture again, I want to assure you, I will no longer be there. I will be erased from history, like a traitor in the Soviet Union. Because with every day that goes by, I feel myself becoming more and more invisible…”― Elizabeth Wurtzel

“Because wherever I sat—on the deck of a ship or at a street café in Paris or Bangkok—I would be sitting under the same glass bell jar, stewing in my own sour air.”― Sylvia Plath

“It’s so hard to talk when you want to kill yourself. That’s above and beyond everything else, and it’s not a mental complaint-it’s a physical thing like it’s physically hard to open your mouth and make the words come out. They don’t come out smooth and in conjunction with your brain the way normal people’s words do; they come out in chunks as if from a crushed-ice dispenser; you stumble on them as they gather behind your lower lip. So you just keep quiet.”― Ned Vizzini

“Why do you want to shut out of your life any uneasiness, any misery, any depression, since after all, you don’t know what work these conditions are doing inside you? Why do you want to persecute yourself with the question of where all this is coming from and where it is going? Since you know, after all, that you are in the midst of transitions and you wished for nothing so much as to change. If there is anything unhealthy in your reactions, just bear in mind that sickness is the means by which an organism frees itself from what is alien; so one must simply help it to be sick, to have its whole sickness, and to break out with it since that is the way it gets better.”― Rainer Maria Rilke

“I believe that words are strong, that they can overwhelm what we fear when fear seems more awful than life is good.” ― Andrew Solomon

“Killing oneself is, anyway, a misnomer. We don’t kill ourselves. We are simply defeated by the long, hard struggle to stay alive. When somebody dies after a long illness, people are apt to say, with a note of approval, “He fought so hard.” And they are inclined to think, about a suicide, that no fight was involved, that somebody simply gave up. This is quite wrong.”― Sally Brampton

“I’ll never forget how the depression and loneliness felt good and bad at the same time. Still does.”― Henry Rollins

Tips for Good Mental Health:  How to Cope With Depression

The Truth About Depression