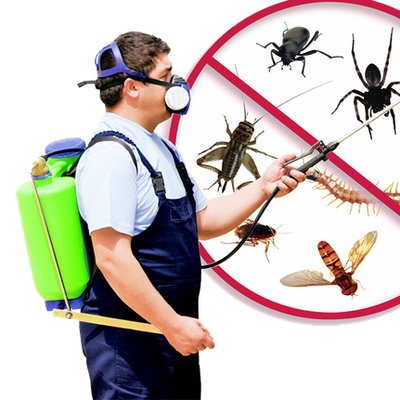 Pest control is the regulation or management of a species defined as a pest, a member of the animal kingdom that adversely impact human health and activities. Pest management requires much more than a “see and spray” approach. The goal of pest management is to provide effective, economical, and safe long-term pest control. It usually involves suppression of pest numbers to acceptable levels rather than total elimination of the pest.

A pest control program to eliminate pests (e.g., birds, rodents, reptiles, and insects) that can be a vector for pathogens is essential to good hygienic practices. The pest control system should include both physical and chemical controls to prevent entry, harborage, and infestation of pests, and it should provide a means to monitor, detect, and eradicate pests. Chemical controls should be applied by a licensed pest-control operator or according to relevant regulations.

Whenever you try to control a pest, you will want to achieve one of these three goals or some combination of them:

Prevention may be a goal when the pest’ s presence or abundance can be predicted in advance. Continuous pests, by definition, are usually very predictable. Sporadic and potential pests may be predictable if you know the circumstances or conditions that will favor their presence as pests. For example, some plant diseases occur only under certain environmental conditions. If such conditions are present, you can take steps to prevent the plant disease organisms from harming the desirable plants.

Suppression is a common goal in many pest situations. The intent is to reduce the number of pests to a level where the harm they are causing is acceptable. Once a pest’s presence is detected and the decision is made that control is necessary, suppression and prevention often are joint goals. The right combination of control measures can often suppress the pests already present and prevent them from building up again to a level where they are causing unacceptable harm.

Eradication is a rare goal in outdoor pest situations, because it is difficult to achieve. Usually the goal is prevention and/or suppression. Eradication is occasionally attempted when a foreign pest has been accidentally introduced but is not yet established in an area. Such eradication strategies often are supported by the Government.

In indoor areas, eradication is a more common goal. Enclosed environments usually are smaller, less complex, and more easily controlled than outdoor areas. In many enclosed areas, such as dwellings; schools; office buildings; and health care, food processing, and food preparation facilities, certain pests cannot or will not be tolerated.

Integrated pest management is the combining of appropriate pest control tactics into a single plan (strategy) to reduce pests and their damage to an acceptable level. Using many different tactics to control a pest problem tends to cause the least disruption to the living organisms and nonliving surroundings at the treatment site. Relying only on pesticides for pest control can cause pests to develop resistance to pesticides, can cause outbreaks of other pests, and can harm surfaces or non-target organisms. With some types of pests, use of pesticides as the only tactic will achieve very poor control.

Prevents Diseases: According to the National Institute of Food and Agriculture diseases, insects, and weeds can cause costly and irreparable harm. Most of the pest that keeps roaming about in our house carries diseases that can be easily transmittable to humans and animals (if you have any pets). Pests can have harmful effects on your health and your family’s health. Common house pests such as fleas, cockroaches and mosquitoes can transmit deadly diseases to humans including malaria, plague, dengue, and surprisingly Asthma! Yes, you heard it right. Cockroaches are the pests that can cause child’s asthma, and they also carry millions of pathogens and bacteria cells along with them. So, drag these dangerous species out of your home.

Alleviate health risks: Identifying the public health risk posed by various pests and appropriate measures to prevent and control them is an important aspect of public health. One of the key advantages of pest control is reduction of associated pest risk. According to the World Health Organization, many zoonotic pathogens – that is, pathogens that can be transmitted to people from animals – are more likely to be transmitted between vectors and their reservoir hosts in rural environments, the risk of infection increases as rural amenities, such as woodland and recreation. This increase in the risk of infection is due to the likelihood of inhabitants of inner-city areas coming into contact with such disease-bearing pests as ticks and rodents.

Promotes better sleep: Pest like mosquitoes come out at night, and also disturb our sleep by the buzzing sound derived from the flapping of their wings. The CDC considers mosquitoes the ‘world’s deadliest animal.’ That alone paints a picture of the deadly nature of these insects. Carrying diseases such as the West Nile, yellow fever, lymphatic filariasis, dengue, and malaria, mosquitoes are responsible for millions of deaths according to WHO. Most of these deaths are because of malaria. It’s said that, the better you sleep the more your health gets better. But, when you have creepy pests all around your home, especially the bed bugs, will you be able to sleep soundly? No way, isn’t it? The pest controls not only take care of the problem, but perhaps even help promote better sleep for you.

Reduce allergies and itching: Common household pests including rodents, cockroaches and dust mites can all exacerbate allergy and asthma symptoms, especially in children. Controlling pests inside the home is key to staving off potential reactions. Many pests’ bites cause severe allergies and itching all over the body. But, if you hire a pest control service to eradicate these stinging pests, then you can prevent your family members from being attacked by these dangerous insects. Allergies and itching sensation are mostly caused by Bed-bugs, fleas, spiders, mosquitoes and many others.

Majority of the disadvantages associated with pest control are related to the use of pesticides and related products to control pest. These disadvantages include;

Poisoning: A significant disadvantage of pesticides is that they are often poisonous. Farmers must therefore take care not to overuse chemical pesticides as they can have serious effects on non-target organisms including human. Acute poisoning with pesticides is a global public health problem and accounts for as many as 300,000 deaths worldwide every year. The majority of deaths occur due to exposure to organophosphates, organochlorines and aluminum phosphide. Organophosphate compounds inhibit acetylcholinesterase resulting in acute toxicity. Intermediate syndrome can develop in a number of patients and may lead to respiratory paralysis and death.

Environmental impact: Another major disadvantage of pesticides is their effect on the environment.  Pesticides can contaminate soil, water, turf, and other vegetation. In addition to killing insects or weeds, pesticides can be toxic to a host of other organisms including birds, fish, beneficial insects, and non-target plants. A severe consequence of using pesticides is a side effect known as ‘resurgence’. This is when the natural control of the pests is tampered with and disrupted due to the pesticides killing not only the pests but the pest’s predators too. The pests and their predators are temporarily eradicated and when the pests begin to increase in numbers there are insufficient predators to deal with them meaning the pests are allowed to severely increase in numbers which has an undeniably worse effect on the environment than if the pesticides weren’t used and consequently kill off the pest’s predators.

Bioaccumulation: Bioaccumulation is the gradual accumulation of substances, such as pesticides or other chemicals, in an organism. Bioaccumulation occurs when an organism absorbs a substance at a rate faster than that at which the substance is lost or eliminated by catabolism and excretion. Pesticides present in the environment leads to their entry in the biosystem which accumulates in the organisms. Bioaccumulation and biomagnification of pesticides has led to lethal and sublethal effects in animals and human. When the herbivore which feeds on contaminated plants is consumed by a predatory carnivore, the compounds are then passed into the carnivore  or humans the toxic chemicals from the pesticide are transferred along the food chain.

The Problem of persistent organic pollutants’ (POPs): Another major disadvantage of  pesticides relating to the environment is the danger of  ‘persistent organic pollutants’ (POPs). POPs poison non-target organisms in the environment and increases the chances of human disruption of the endocrine system, cancer, infertility and mutagenic effects. POPs bio-magnify throughout the food chain and bio-accumulate in organisms. The highest concentrations of POPs are thus found in organisms at the top of the food chain. Consequently, background levels of POPs can be found in the human body. READ: How to Use Pesticides Safely

Is Ham Healthy: Advantages and Disadvantages