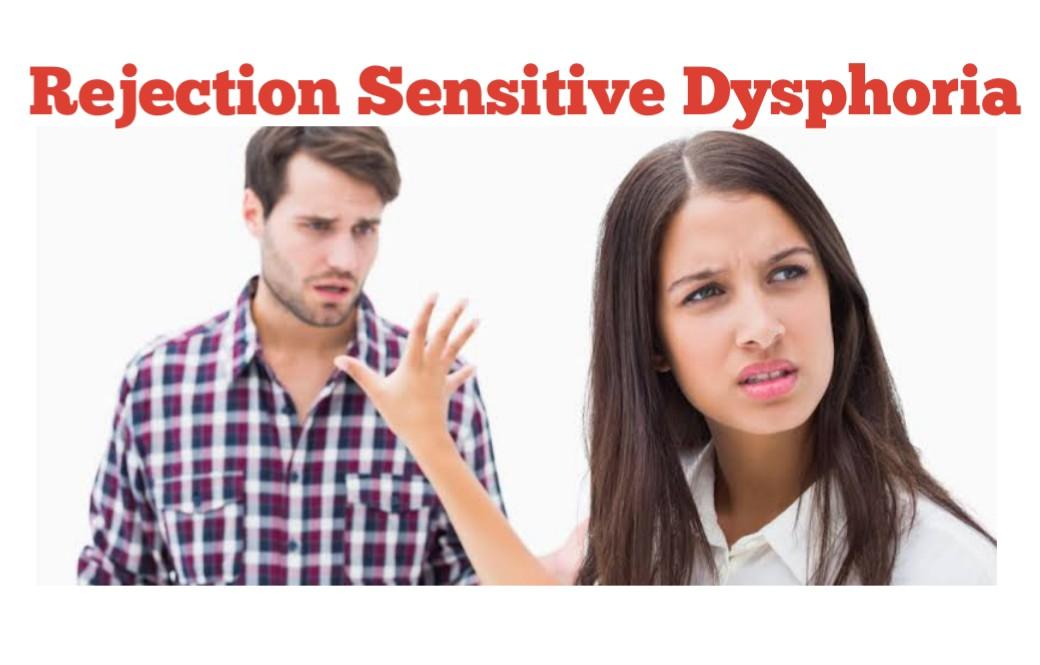 At some point in your life, you will be criticized, either by friends, relatives, co-workers, or even a boss or spouse. Sometimes it will be difficult to accept but that all depends on your reaction. You can either use criticism in a positive way to improve, or in a negative way that can lower your self-esteem and cause stress, anger, or even aggression. However, some people react to criticisms in a completely different way.

What is Rejection Sensitive Dysphoria?

Rejection sensitive dysphoria (RSD) is extreme emotional sensitivity and pain triggered by the perception that a person has been rejected or criticized by important people in their life. It may also be triggered by a sense of falling short failing to meet their own high standards or others’ expectations.

People living with rejection sensitive dysphoria are more sensitive to rejection and easily triggered by certain situations. However, the exact reason for this isn’t fully understood. It’s not believed to be caused by a single factor, but rather multiple factors.

One possible explanation for RSD is a history of rejection or neglect early in life. This can come from having a parent who was overly critical or neglectful, which impacts how these individuals view themselves. Because of this parental relationship, some people have lower self-esteem and an intense fear of rejection and abandonment in their own relationships.

Other situations can also cause sensitivity to rejection. For example, being teased or bullied by peers. Or, being criticized or rejected by a romantic partner. It’s also believed that some people are genetically predisposed to rejection sensitive dysphoria. It can pass down through families. So if a parent or another close relative has RSD, you may develop it, too.

What’s the connection with ADHD and autism?

There appears to be a connection between rejection sensitive dysphoria and ADHD or autism. This isn’t to suggest that people with these conditions will develop rejection sensitivity. Instead, having either condition is a risk factor. People diagnosed with ADHD often experience difficulty paying attention, restlessness, and impulsiveness.

Doctors have also recognized emotional issues in some people with ADHD. This is characterized by an inability to control their emotional responses or hypersensitivity. Since these individuals experience more intense emotions, they may have a heightened response to any sense of rejection. Rejection sensitive dysphoria also has a connection to autism.

This neurodevelopmental disorder affects the nervous system and triggers a variety of symptoms. Children or adults with autism may have difficulty communicating and socializing, and sometimes they have difficulty understanding the actions of others. They might also deal with emotional dysregulation and hypersensitivity to physical and emotional stimuli. As a result, any real or perceived feelings of rejection or criticism can cause them to become overwhelmingly upset.

Symptoms of rejection sensitive dysphoria are complex so it can be challenging to identify. RSD can sometimes resemble certain mental health conditions which include:

Typical symptoms of RSD (that may also occur in some of the above conditions) include:

Although symptoms of RSD can mimic other conditions, one distinguishing factor is that symptoms of RSD tend to be brief and triggered by emotional cycles, rather than an actual event.

How is RSD diagnosed?

Figuring out if you have RSD can be challenging. Your doctor must first rule out if it’s a symptom of an underlying mental health condition. Rejection sensitive dysphoria isn’t a recognized diagnosis under the Diagnostic and Statistical Manual of Mental Disorders (DSM-5) so a professional diagnosis may not always be possible.

To assess your symptoms, you’ll need to see either a counselor, psychologist, or other mental health professional. Your doctor may inquire about your family history and symptoms. You’ll likely answer a series of questions regarding how you react and feel in certain situations. Questions might include:

Your doctor may also ask about any prior diagnosis of ADHD or autism spectrum disorder.

If you haven’t been diagnosed with these conditions but have symptoms, your doctor may recommend screening to better understand the underlying cause of your emotional reactions.

What is the treatment for RSD?

Since this is associated with autism and ADHD, your doctor may recommend treating any underlying condition first. There isn’t a cure for these conditions. But medication can help relieve associated symptoms such as hyperactivity and depression.

Behavioral intervention can also help reduce hypersensitivity. This can make it easier to manage and cope with rejection and criticism. Therefore, your doctor will likely suggest psychotherapy. This is a traditional method for helping people cope with rejection sensitivity dysphoria. One type of effective psychotherapy is cognitive-behavioral therapy (CBT). This is a type of talk therapy which teaches coping techniques.

Along with therapy, your doctor may prescribe medication to help symptoms.

There are no FDA-approved medications for RSD, but some may be prescribed off-label or for other conditions. Guanfacine is a common medication for RSD. It’s normally prescribed to lower blood pressure but it also interacts with receptors in the brain, reducing hyperactivity and emotional responses.

Along with traditional therapies, you can do a few things on your own to help manage your emotional response to rejection and criticism. For example, keep your emotions in perspective. Understand that what you feel or perceive to be rejection or criticism may not really exist. Understandably, it can be hard to control hurt feelings. But instead of having an outburst when you feel shunned, stay calm and rationally discuss your feelings with the other person.

It also helps to reduce your overall stress level, which can help you feel calmer and at ease. This makes it easier to control your emotions.

You can also try:

When to see a doctor

Everyone has good days and bad days, so having an occasional outburst or emotional response doesn’t necessarily mean that you need to see a doctor. You should, however, make a doctor’s appointment if you have overwhelming feelings of hurt, anxiety, and rage anytime you feel rejected or criticized. Even if these feelings are brief. Medical intervention is especially necessary when rejection sensitive dysphoria starts to have an impact on the quality of your life. Rejection sensitivity can lead to problems in romantic relationships, and it can cause irrational jealousy with friends and family. Fear of rejection also causes some people to stay in unhealthy relationships. It can also lead to other problems such as depression and anxiety. Even though rejection sensitive dysphoria may be linked with ADHD and autism, it can affect anyone.