What Is The Street Value Of Viagra 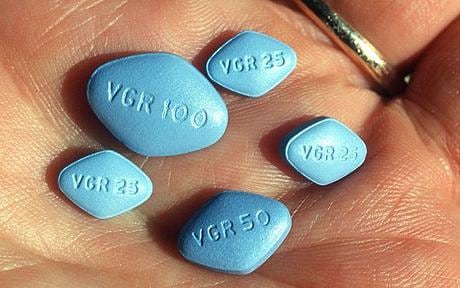 In the United States and many other countries, Viagra is a prescription drug meaning you cannot purchase it without a doctor’s prescription. Viagra  is approved to treat erectile dysfunction (ED). Viagra contains the drug sildenafil. It belongs to a class of drugs called phosphodiesterase type 5 (PDE5) inhibitors (A class of drugs is a group of medications that act in a similar way). Viagra works by increasing blood flow to your penis, which helps you have and keep an erection. But this drug only works if you’re sexually aroused.

Men have been turning to the little blue pill to treat their erectile dysfunction (ED) for more than 20 years. Since Viagra (sildenafil) first came on the scene, in 1998, the number of men diagnosed with ED has shot up by 250 percent. It’s safe to say the drug has given millions of men a convenient and effective option for improving their sex lives.

Viagra comes as tablets that are taken by mouth. In most cases, it should be taken about an hour before sexual activity, but it can be taken 30 minutes to 4 hours beforehand. Viagra is available in three strengths: 25 mg, 50 mg, and 100 mg. ALSO READ: Can I Use Tramadol and Viagra Together?

Due to its popularity and status as a prescription drug, there  has been an explosion in the sale and distribution of Viagra through illegal channels especially online stores and social media platforms. According to a press statements, in 2011, Pfizer Global Security looked at 22 websites that appeared in the top search results for the phrase “buy Viagra.” They found that about 80 percent of these pills were counterfeit. These fake Viagra pills did contain the active ingredient sildenafil, but only about 30 percent to 50 percent of the amount advertised.

A study published in the journal Current Drug Abuse Reviews suggested that easy access was one reason men cited for abuse of ED drugs. A search for internet drugstores found over 6 million hits at 7,000 online pharmacies.

What is the street value of Viagra?

Purchase of Viagra via illegal sources became attractive as a result of the high price charged for the drug in legal channels. Research has shown that the drugs with the biggest price hikes are  Pfizer’s Viagra, which surged by 190% over the six-year time period to $370 from $127 per prescription, according to the study followed by Viagra rival Cialis, produced by Eli Lily, which rose by 187% to $365 from $127 for a prescription.

In the UK, people acquire Viagra on the internet at a mark-down and sell same on the street for as much as $2 for a 20mg pill. The fake Viagra pills black market in the UK alone is estimated to worth more than 50 million pounds. The Viagra black market is not just restricted to the US and the United kingdom. According to Pharmaletter,  before the licensing era Viagra was also selling on the black market in Saudi Arabia for $53-$80 per pill. The drug is being hand-carried from Egypt, the UK and Taiwan, according to reports and some pills sold on the Saudi black market are red and yellow, indicating that they are counterfeits because the original Viagra is a blue pill.

Even a genuine Viagra and the Cipla generic Viagra pills  can produce several side effects which can be further aggravated when counterfeit version of the drugs are used. Some important information you should know when using Viagra are presented below;

How to Spot Fake Viagra Pills Vs Real
June 2, 2022 UncategorizedPublic HealthComments Off on What Is The Street Value Of Viagra