Types of Kratom and Their Uses 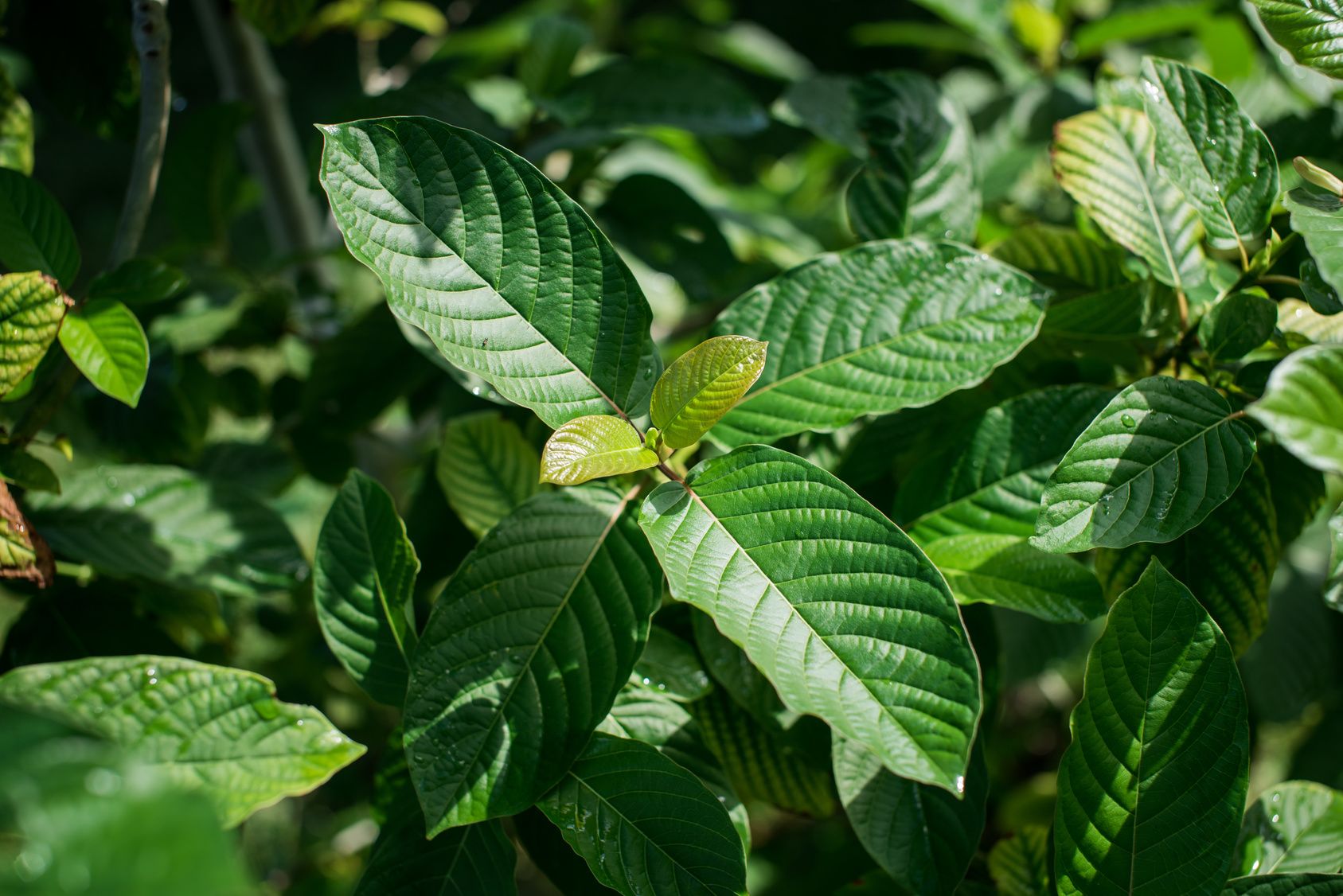 Kratom is a tropical tree (Mitragyna speciosa) native to Southeast Asia, with leaves that contain compounds that can have psychotropic (mind-altering) effects. Kratom is known to have a variety of reported uses and desired effects, from sexual enhancement to pain relief to a “safe” and legal “high.” In North Carolina, New York, Colorado, and possibly more states, kratom may be sold as a drink called ketum in bars, The New York Times states.

Kratom is not currently an illegal substance and has been easy to order on the internet. It is sometimes sold as a green powder in packets labeled “not for human consumption.” It is also sometimes sold as an extract or gum. Kratom sometimes goes by the following names:

How do people use kratom?

Most people take kratom as a pill, capsule, or extract. Some people chew kratom leaves or brew the dried or powdered leaves as tea. Sometimes the leaves are smoked or eaten in food.

How does kratom affect the brain?

Kratom can cause effects similar to both opioids and stimulants. Two compounds in kratom leaves, mitragynine and 7-α-hydroxymitragynine, interact with opioid receptors in the brain, producing sedation, pleasure, and decreased pain, especially when users consume large amounts of the plant. Mitragynine also interacts with other receptor systems in the brain to produce stimulant effects. When kratom is taken in small amounts, users report increased energy, sociability, and alertness instead of sedation. However, kratom can also cause uncomfortable and sometimes dangerous side effects. 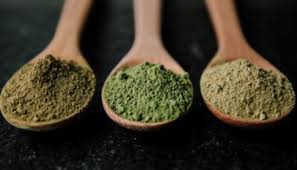 There are three main kratom varieties that are primarily distinguished by how they are processed and prepared for retail. You may see differently named strains of kratom outside of these three varieties, but when the types are broken down any further, it usually refers to where the leaves for different kratom strains were sourced from, rather than a difference in the intrinsic properties and preparation of a particular type of kratom (with the exception of Maeng Da kratom, which is usually grown and selected under more scrutiny to ensure the quality). The types of Kratom strains include;

White kratom carries an acquired taste compared to other strains. Its intensity makes it harder for beginners to appreciate, but it can be rewarding for those who are interested in and have tried other types of kratom.

Features: White vein kratom may be harvested while the leaves of the kratom tree are still young and the veins are white (similarly to how white teas are harvested from younger tea leaves). After harvesting, the leaves are dried entirely indoors with no light on them.

Potency: White kratom is thought to be the most potent of all the major kratom strains (outside of Maeng Da), so it’s not the best type of kratom for people who are just learning about kratom.

Effects: White kratom is said to have a mild stimulant effect. In lower quantities, it is associated with increased energy and alertness.

One of the most popular strains of kratom, red vein kratom is best used for its supposed sedative effects. Red kratom may also be used for pain relief or to bring about a feeling of euphoria in the user.

Features: Red kratom leaves are processed using lots of sunlight or a UV lamp during the drying process. Red kratom may also be fermented during its processing to create bent angle kratom, a slightly different variation from the standard red kratom.

Potency: Red kratom is the most mellow of the major kratom strains, and is not generally classified as a stimulant. This makes it more approachable than its white or green counterparts.

Effects: Red kratom is thought to have a mild sedative effect, helping the user to remain calm. Some people claim red strain is the best kratom for pain relief, although it has not been approved for this use or as a substitute for any medication.

Green vein kratom is the middle road option between white and red. It is said to offer similar stimulant effects to those of white kratom.

Features: Green kratom leaves are typically harvested when the kratom plant has been given more time to mature, hence the darker coloring. Green kratom is dried indoors at first, often in an air-conditioned room, and then moved outside to finish the drying process.

Potency: Green kratom has a more subtle effect than its white vein counterpart, but is still regarded as a stimulant.

Effects: As a stimulant, green vein kratom can give a mild energy boost, similar to white vein kratom, but it may also give the user better mental clarity to focus on tasks with greater endurance.

Other Types and Kratom Varieties

The three major kratom strains are split up by the kinds of effects that they have on the user. However, there are still other kratom varieties within these three main categories. Other popular kratom varieties will present a variation of one of the major three, or sometimes a blend of two or more different kratom strains, boasting more subtle differences such as increased potency or a longer-lasting effect.

Maeng Da refers to a variety of kratom that was originally grown in Thailand (though growers now replicate the production to grow Maeng Da varieties elsewhere) and is curated to be of particularly high quality compared to other major kratom varieties. Maeng Da varieties may be classified and marketed as both red and white kratom, as Maeng Da has a characteristic blend of the traits of a red vein and white kratom. It may provide a boost of energy alongside a feeling of mental clarity.

What are the health effects of kratom?

Reported health effects of kratom use include:

Symptoms of psychosis have been reported in some users.

Can a person overdose on kratom?

There have been multiple reports of deaths in people who had ingested kratom, but most have involved other substances. A 2019 paper analyzing data from the National Poison Data System found that between 2011-2017 there were 11 deaths associated with kratom exposure. Nine of the 11 deaths reported in this study involved kratom plus other drugs and medicines, such as diphenhydramine (an antihistamine), alcohol, caffeine, benzodiazepines, fentanyl, and cocaine. Two deaths were reported following exposure to kratom alone with no other reported substances.* In 2017, the FDA identified at least 44 deaths related to kratom, with at least one case investigated as possible use of pure kratom. The FDA reports note that many of the kratom-associated deaths appeared to have resulted from adulterated products or taking kratom with other potent substances, including illicit drugs, opioids, benzodiazepines, alcohol, gabapentin, and over-the-counter medications, such as cough syrup. Also, there have been some reports of kratom packaged as dietary supplements or dietary ingredients that were laced with other compounds that caused deaths. People should check with their healthcare providers about the safety of mixing kratom with other medicines.

Like other drugs with opioid-like effects, kratom might cause dependence, which means users will feel physical withdrawal symptoms when they stop taking the drug. Some users have reported becoming addicted to kratom. Withdrawal symptoms include:

How is kratom addiction treated?

There are no specific medical treatments for kratom addiction. Some people seeking treatment have found behavioral therapy to be helpful. Scientists need more research to determine how effective this treatment option is.

Does kratom have value as a medicine?

In recent years, some people have used kratom as an herbal alternative to medical treatment in attempts to control withdrawal symptoms and cravings caused by addiction to opioids or to other addictive substances such as alcohol. There is no scientific evidence that kratom is effective or safe for this purpose; further research is needed. SEE: What Is The Best Kratom Strain For Pain?

Does Kratom Cause Constipation?
types of kratom
October 31, 2022 Health FeaturesPublic HealthComments Off on Types of Kratom and Their Uses