How to Use Super Sildamax 100mg Side Effects, Price, Warnings 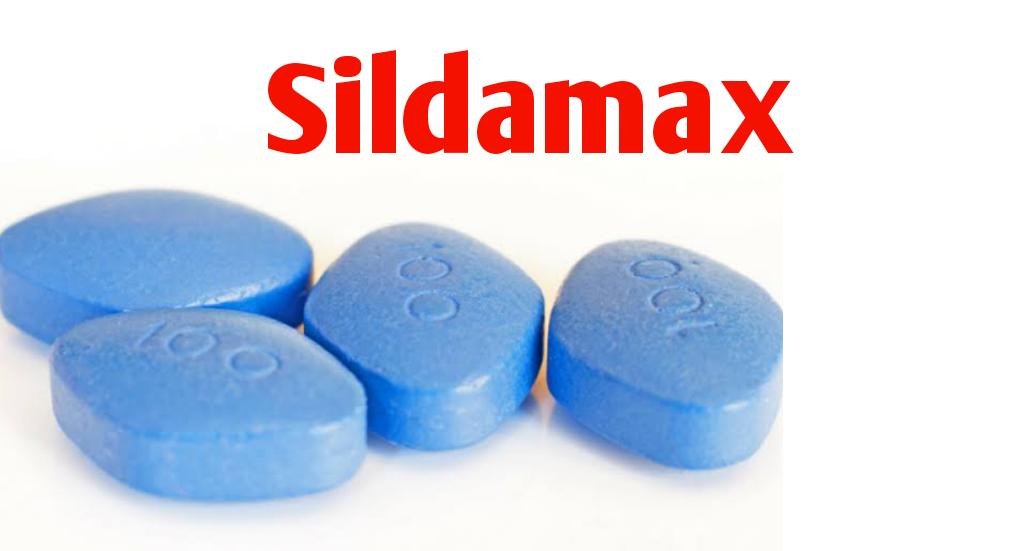 A man is considered to have erectile dysfunction if he regularly finds it difficult getting or keeping a firm enough erection to be able to have sex, or if it interferes with other sexual activity. Most men have occasionally experienced some difficulty with their penis becoming hard or staying firm. However, erectile dysfunction (ED) is only considered a concern if satisfactory sexual performance has been impossible on a number of occasions for some time.

Sildamax is a popular medication containing 100mg sildenafil Citrate as active substance. They are clinically proven to treat erectile dysfunction as a safe medication. The active ingredient of Sildamax is the same used in Viagra, it gives the same result of erection as Viagra does. Sildamax is a lot cheaper than standard Viagra and doesn’t require a prescription in most countries.

Since the discovery that the drug sildenafil, affected penile erections, most people have become aware that ED is a treatable medical condition. Men who have a problem with their sexual performance may be reluctant to talk with their doctor, seeing it can be an embarrassing issue. However, ED is now well understood, and there are various treatments available such as Sildamax.

Sildamax is less expensive than brand drugs like viagra, and is available without a prescription in many countries. Despite being easier to get hold of, it has the same potential side effects and warnings as viagra. So it’s a good idea to make sure it’s suitable for you.

Sildamax is produced and exported by Agron India Ltd,  a pharmaceutical company based in India. Agron India Limited is flagship company of Agron Group of Company based in Mumbai India. Agron group of company engaged in Manufacturing of Pharmaceuticals, Health Products, FMCG, NBFC, Ayurvedic formulation and Bulk trading of various commodities. Agron is also engaged in International trade and Export and import of various industrial raw material and petrochemicals.

The Sildamax is the large blue diamond pill, with 100 written on it. Viagra is smaller, lighter in color and has VGR 50 on it, though could also have VGR 25 or VGR 100.

The active ingredient is 100 mg sildenafil citrate. It’s the same ingredient as viagra, except viagra is available in three dosage levels – 25 mg, 50 mg and 100 mg. The recommended starting dose of viagra is 50 mg, but Sildamax comes in the higher 100 mg dose.

Sildamax should work in the same way as other sildenafil-based erectile dysfunction drugs. Sildenafil increases blood flow to the penis, which helps you get and keep a hard enough erection for sex. It usually takes 30 to 60 minutes to start working, and you only need to take it before you have sex.

It doesn’t automatically increase libido or give you an erection on its own though. You need to have some kind of sexual stimulation, to which you penis should respond better because of the increased blood flow.

What are the side effects of Sildamax?

Approximately 15% of persons taking Viagra experience side effects. The most common side effects are:

What is the dosage for Sildamax?

Sildamax is rapidly absorbed. Maximum observed plasma concentrations are reached within 30 to 120 minutes (median 60 minutes) of oral dosing in the fasted state. When Sildamax is taken with a high fat meal, the rate of absorption is reduced, with an average delay in the time to maximal concentration of 1 hour.

Which drugs or supplements interact with Sildamax?

Cimetidine (Tagamet), erythromycin, ketoconazole (Nizoral), itraconazole (Sporanox), atazanavir (Reyataz), and mibefradil (Posicor) can cause marked increases in the amount of Sildamax in the body. Patients taking these medications should be observed carefully if Sildamax is used.

It is expected that rifampin will decrease blood levels of Sildamax and probably reduce its effectiveness.

Is Sildamax safe to take if I’m pregnant or breastfeeding?

Although extensive testing in animals has demonstrated no negative effects on the fetus, Sildamax has not been studied in pregnant women. There is no effect on sperm count or motility of sperm in men. It is not known whether Sildamax is excreted into breast milk.

How long does sildamax last?

On average, Sildamax usually lasts between 2 and 3 hours before its effects start to diminish. Sildamax can last up to 5 hours or longer depending on your dosage, your body’s metabolism, and other external factors.

How should I keep Sildamax stored?

Having erection problems?  You are not alone According to the Urology Care Foundation, an estimated 30 million Americans experience ED. The risk of impotence increases with age. A 2007 study published in the American Journal of Medicine noted the risk of impotence increases with age. It’s even higher in men who have also been diagnosed with one or more cardiovascular risk factors. Impotence often has a negative effect on your sex life, and it can cause depression, additional stress, and low self-esteem. Understanding the most common potential causes can help you identify why you may be experiencing the condition.

Diabetes is an example of an endocrine disease that can cause you to experience impotence. Diabetes affects the body’s ability to use the hormone insulin. One of the complications associated with chronic diabetes is nerve damage. This affects penis sensations. Other complications associated with diabetes include impaired blood flow and hormone levels. Both of these factors can contribute to impotence.

Several neurologic conditions can increase the risk for impotence. Nerve conditions affect the brain’s ability to communicate with the reproductive system. This can prevent you from achieving an erection.

Neurological disorders associated with impotence include:

If you’ve had prostate surgery, you can also experience nerve damage, resulting in impotence.

Long-distance bicycle riders can experience temporary impotence. Repeated pressure on the buttocks and genitals can affect the function of the nerves.

Taking certain medications can affect blood flow, which can lead to ED. You should never stop taking a medication without your doctor’s permission, even if it’s known to cause impotence.

Examples of medications known to cause impotence include:

Conditions that affect the heart and its ability to pump blood well can cause impotence. Without enough blood flow to the penis, you can’t achieve an erection.

Atherosclerosis, a condition that causes the blood vessels to become clogged, can cause impotence. High cholesterol and hypertension are also associated with increased risks for impotence.

To achieve an erection, you must first go through what’s known as an excitement phase. This phase can be an emotional response. If you have an emotional disorder, it’ll affect your ability to become sexually excited. Depression and anxiety are associated with increased risk for impotence. Depression is a feeling of sadness, loss of hope, or helplessness. Fatigue related to depression can also cause impotence.

Abuse of drugs such as cocaine and amphetamines can also cause impotence. Alcohol abuse and alcoholism can affect your ability to achieve or maintain an erection as well. See your doctor if you suspect that you may have a substance abuse problem.

Sildamax (Viagra) is a medication prescribed for the treatment of impotence (erectile dysfunction, ED) caused by medical or psychological conditions. Side effects, drug interactions, warnings and precautions, and patient safety information should be reviewed prior to taking any medication.

How to Use Vega 100mg, Side Effects, Price, Warnings

Does Chewing Up Viagra Work Faster?
Sildamax
July 30, 2020 Men's HealthPublic HealthComments Off on How to Use Super Sildamax 100mg Side Effects, Price, Warnings