How Many Teaspoons In A Tablespoon? 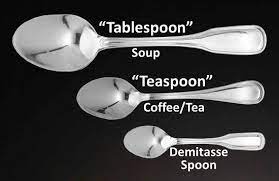 A tablespoon is a large spoon. In many English-speaking regions, the term now refers to a large spoon used for serving; however, in some regions, it is the largest type of spoon used for eating. By extension, the term is also used as a cooking measure of volume. In this capacity, it is most commonly abbreviated tbsp. or T., and occasionally referred to as a tablespoonful to distinguish it from the utensil.

Before about 1700, it was customary for Europeans to bring their own spoons to the table. Spoons were carried as personal property in much the same way as people today carry wallets, key rings, etc. From about 1700 the place setting became popular, and with it the “table-spoon” (hyphenated), “table-fork” and “table-knife”. Around the same time the tea-spoon and dessert-spoon first appeared, and the table-spoon was reserved for eating soup. The 18th century witnessed a proliferation of different sorts of spoons, including the mustard-spoon, salt-spoon, coffee-spoon, and soup-spoon.

In the late 19th century UK, the dessert-spoon and soup-spoon began to displace the table-spoon as the primary implement for eating from a bowl, at which point the name “table-spoon” took on a secondary meaning as a much larger serving spoon. At the time the first edition of the Oxford English Dictionary was published in 1928, “tablespoon” (which by then was no longer hyphenated) still had two definitions in the UK: the original definition (eating spoon) and the new definition (serving spoon).

Victorian and Edwardian era tablespoons used in the UK are often 25 ml (0.85 US fl oz) or sometimes larger. They are used only for preparing and serving food, not as part of a place-setting. Common tablespoons intended for use as cutlery (called dessert spoons in the UK, where a tablespoon is always a serving spoon) usually hold 7–14 ml (0.24–0.47 US fl oz), considerably less than some tablespoons used for serving. 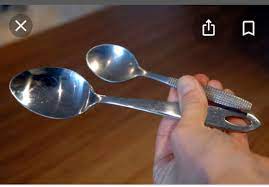 How Many Teaspoons In A Tablespoon?

In most places, except Australia, one tablespoon equals three teaspoons—and one US tablespoon is 14.8 ml (0.50 US fl oz) or 15 ml (0.51 US fl oz). The traditional US interpretation of the tablespoon as a unit of volume is:

The Australian definition of the tablespoon as a unit of volume is: 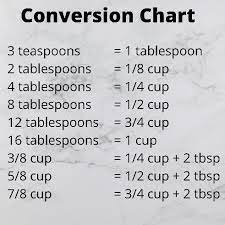