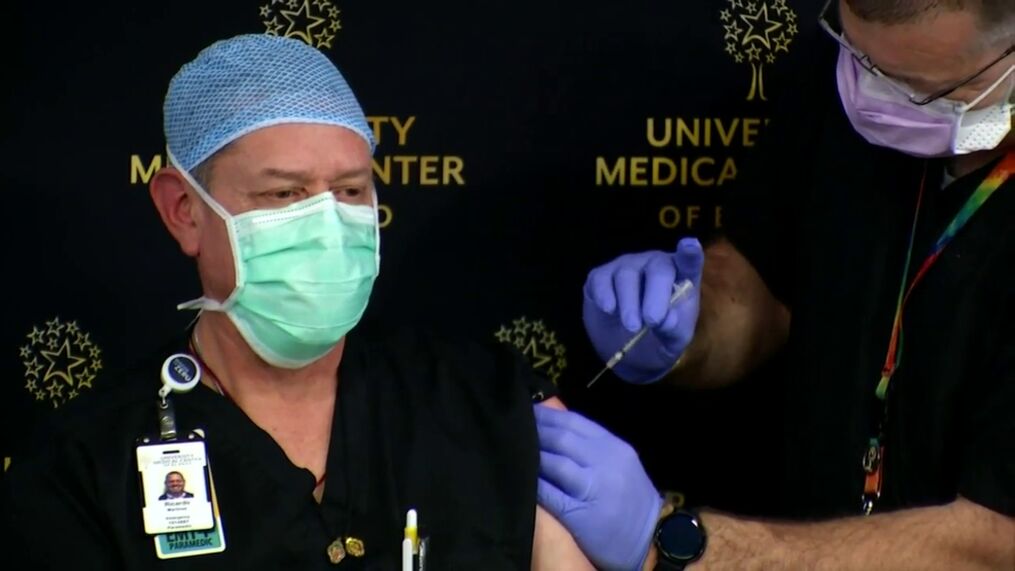 The University Medical Center of El Paso, Texas came under fire after eagle-eyed viewers claimed the COVID vaccine healthcare workers received on TV appeared to be fake. Camera crews were invited to the Hospital in El Paso to capture five of its front-line workers get the coveted coronavirus vaccine .

Videos on social media showing paramedic Ricardo Martinez getting the supposed shot raised concerns among skeptical viewers who noticed that the syringe was already pushed down. “Clearly that syringe was EMPTY and the plunger was already down. Where’s the bandaid? Yeah, nice try! We are not fooled!” Facebook user Barbara Siira wrote.

“After numerous reports emerged on social media claiming one of the five nurses did not receive a full dose of vaccine, UMC revaccinated the nurse after confirming with the US Advisory Committee on Immunization Practices (ACIP) that re-vaccinating the nurse will not cause adverse effects. The nurse returned after three weeks to receive his second dose.

In a related development, Homeland Security investigators and customs officials continue to warn the public to be vigilant about potential scams involving the Covid-19 pandemic. Fraudulent schemes may include the sale of counterfeit vaccines, personal protective equipment and so-called preventative medical treatments.

El Paso officials with Homeland Security and Immigration and Customs Enforcement seek to identify people who may be victims of Covid-19 fraud.

Federal officials anticipate that these criminals will adapt to capitalize on “overwhelming public demand for access to vaccines and treatments” as they are developed and approved. Anyone in the public who thinks they may have received a fraudulent treatment can call (915) 730-7012. READ: How to Spot Fake COVID-19 Vaccine Vs Real

How to Spot Fake COVID-19 Vaccine Vs Real

How to Spot Fake Rabies Vaccine