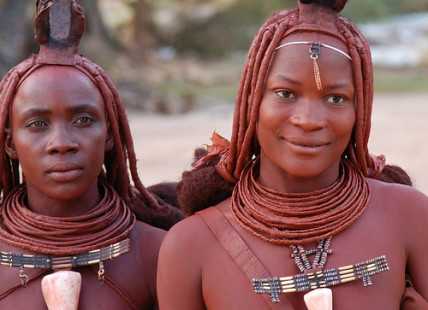 Africa is the second most populated continent in the world and home to the biggest oasis of culture and rich tradition. However, African sexual practices some dating back centuries is exacerbating its disease burden and further entrenching poverty and backwardness in the continent. In this piece we have catalogued the major sexual practices on the continent that promote disease and undermine public Health and safety.

This is the practice of offering ones wife to a highly esteemed guest or friend for the night. This practice has been traced to the Tivs of North central Nigeria and the ovahimba and ovazimba tribes of Namibia. This practice expose women to sexually transmitted diseases. The exchange of fluids also puts the health of entire family at risk.

This is a Practice native to Malawi, it is a practice in which girls and women offer themselves sexually to fishermen in exchange for fish. This practice has a huge public health implication especially as it relates to sexually transmitted disease particularly HIV/AIDS.

Women of the Hamer tribe of South Western Ethiopia have to endure endless whips with thorns on their backs or buttocks to prove their strength and signal their ripeness for marriage and sex. This bizarre practices leads to severe injuries to the skin which leaves scars that last for a lifetime

Kupimbira is a cultural practice which involves the trading of girl child usually between the ages of 3-16 to men in exchange for livestock, a loan or debt repayment. This practice is a huge setback for public because it dehumanizes children and expose them to sex, its resultant trauma and medical complications.

This is another bizarre African sex tradition .There is a widespread cultural belief in South Africa that sex with virgins cures HIV/AIDS. This myth has fueled the rape epidemic in the country and exacerbated the HIV/AIDS condition. In addition, this belief has further exposed millions of young girls and even infants, some as young as 3 months to rape and other violent sexual conducts.  See The 7 Things Sexually Transmitted Diseases Destroy

Under a tradition in West Africa a man, must buy a bride from his mother-in-law. At the first glance there seem to be nothing strange about that. but wait for it , ……….yes the groom must satisfy his mother-in-law sexually and she is the one who decides “the duration” of the sexual redemption. In  some kenyan sex traditions anyone can “check” the innocence of a bride before the wedding and she should not express any objections or dissatisfaction

Where to Find Nigerian & African Dishes While Abroad